This page of the guide to NieR Automata explains how to unlock the Secret Shop with trophies and achievements. It is useful if you have trouble getting some trophies and prefer to pay for them to get them easier. 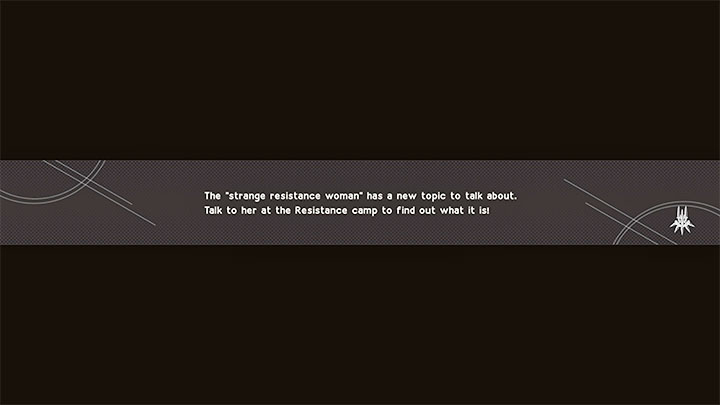 In order to secure access to the secret trophy shop, you must complete Chapter 17 as part of playing Route C and D. It does not matter if you choose to unlock the C or D ending.

After the end credits, you will receive information that the Strange Resistance Woman from the Resistance Camp has a new subject to talk about.

Trophies for gold - how to buy? 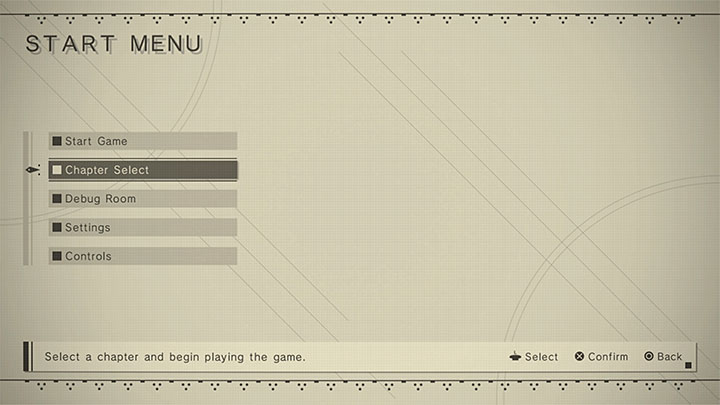 From the main menu, select the option to load the save file from the finished game, and then choose Chapter Select. You can load any chapter from the ones where you can easily reach the Resistance Camp. For example, it could be Chapter 13, which begins at this location.

Note - after reaching the Resistance Camp create a new save file on a separate slot. The reason for this is that the game will automatically overwrite the game state after you purchase each achievement and you can unintentionally remove the gold you had on the old save. 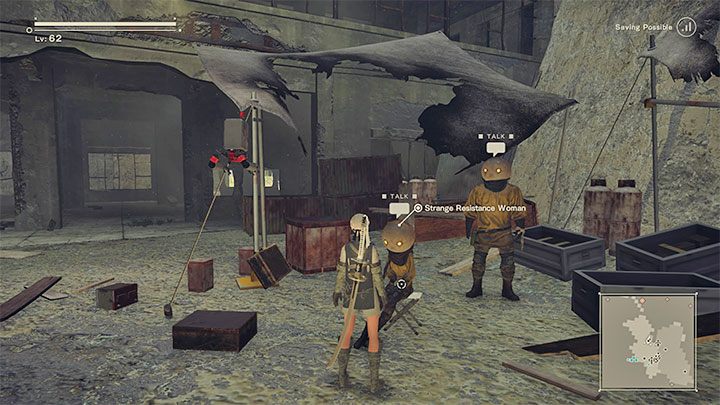 In the Resistance Camp, find the NPC Strange Resistance Woman. As a reminder, this character has appeared before and could be asked about various game mechanics. During the conversation, the woman will confirm that the option to buy Accolades, i.e. trophies / achievements has been unlocked. 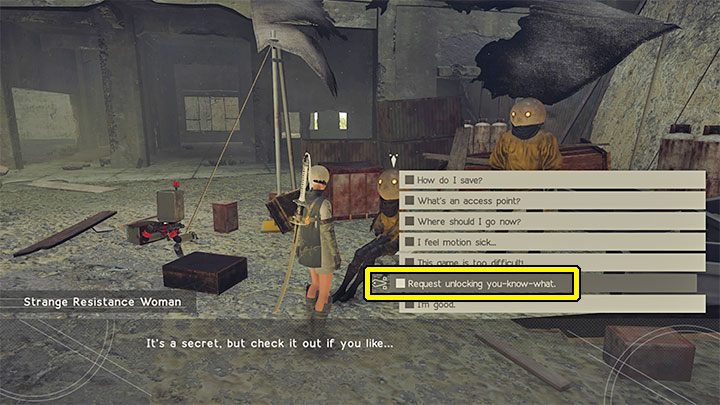 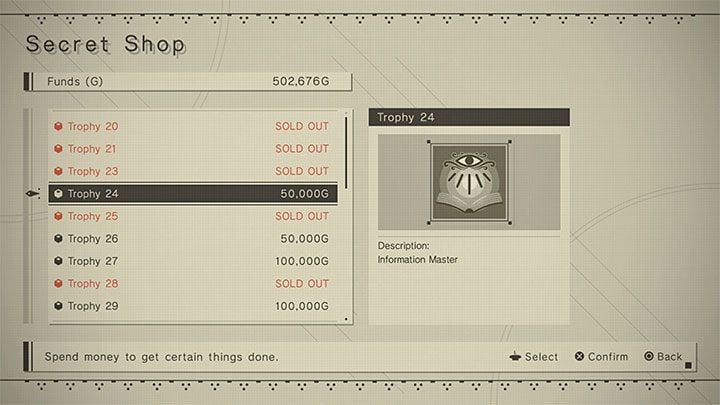 In the new window Secret Shop a list of trophies will appear, including both the ones you already have and the ones you don't. You can now start shopping:

If you do not have enough gold to buy all the trophies, then after making a few purchases, load the previous save (from another slot) or sell some of the items from the inventory to local traders (e.g. very valuable Machine Cores).