This page of the guide to Nier Automata describes the walkthrough of Chapter 15 in which you play as 9S. Our walkthrough suggests how to reach the second Resource Recovery Unit, how to complete hacking mini-games in Soul Box, how to defeat the virtual reality boss, and how to get the Ocean Access Key. 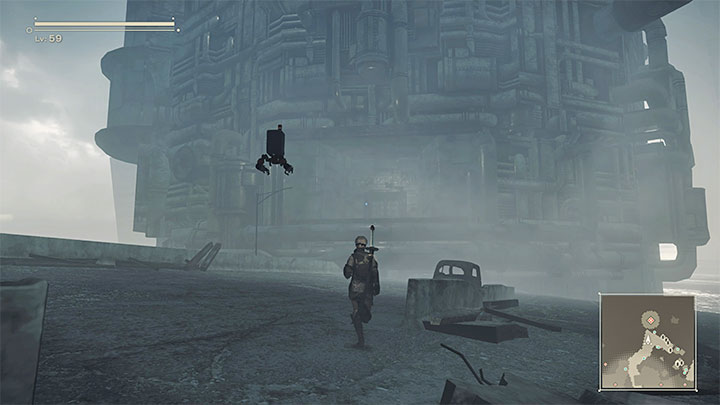 The chapter will begin in the forest. This is where, in Chapter 13, 9S explored the first construction of the Recovery Unit. In the described chapter, you will explore the second object from this group and to do this, you need to get to Flooded City. You can easily get there with the help of a fast travel.

New Resource Recovery Unit named Soul Box can be found on the shore. Use the entrance located at its base. 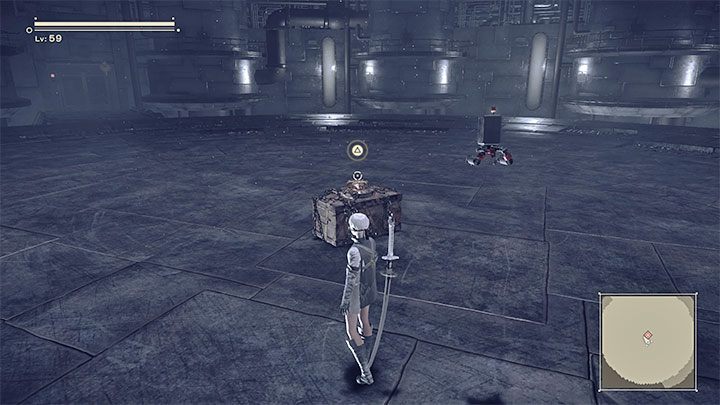 At Soul Box you will find a lot of hacking. The first hacking mini-game will start on after reaching the closed box. 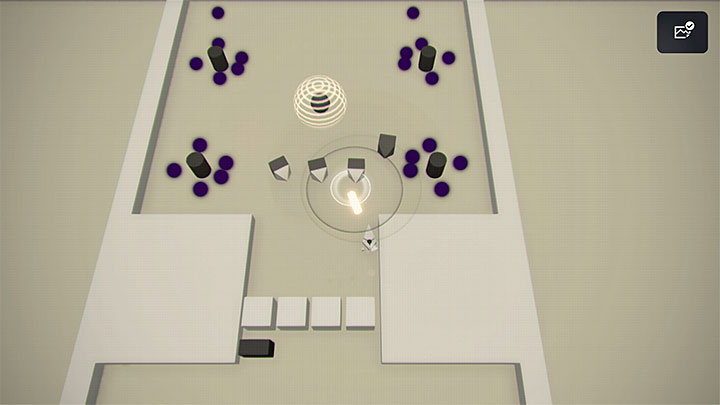 Note that the mini-game has no time limit. Try to destroy enemy objects from a long distance. In the final phase of the mini-game, remember that some shooting objects can only be destroyed from behind. Try to circle them quickly before they turn around.

In addition, destroy the objects shooting purple missiles, especially since these missiles can not be destroyed by shooting. 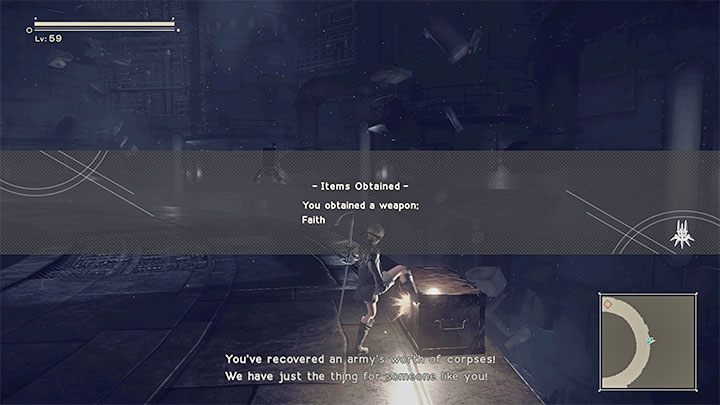 The same as in the tower from Chapter 13 use the elevator to travel to the next floors. In each case, it is possible to travel only one floor up.

In Soul Box you can find a lot of boxes with a very valuable loot. Among others, quality 6 chips to help you through the final stages of the campaign. In one of the crates, there is also Faith's unique weapon. 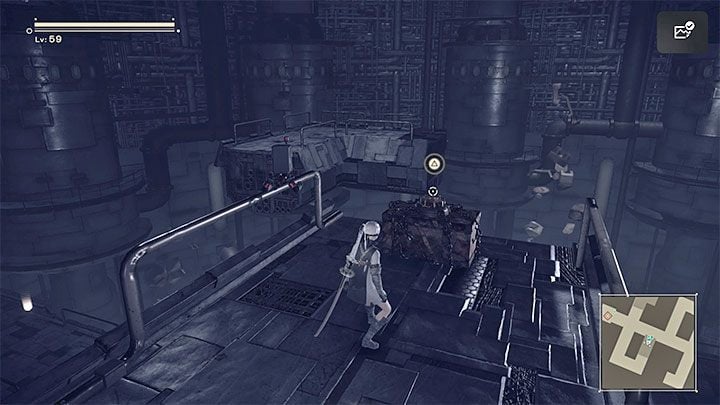 On the next floors of Soul Box you will be informed about how many new closed chests are there to hack. If you have the Item Scan chip installed, then the boxes will appear on the mini-map. But even without it, you should easily find them - you can reach them through side balconies and, depending on the location, you need to jump to higher balconies or jump to lower ones. 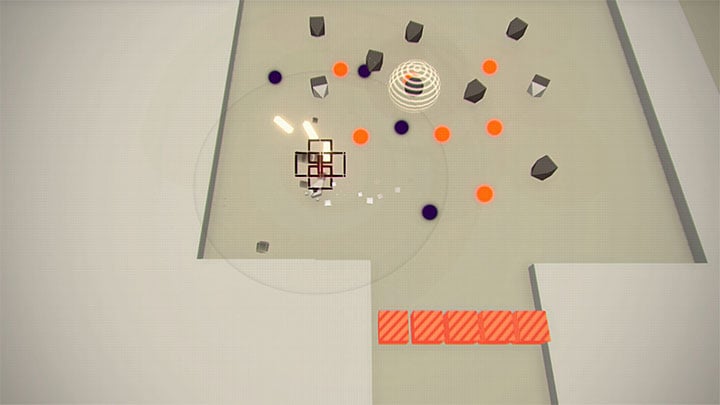 Each hack of a locked box will obviously entail the need to play a more demanding version of the hacking mini-game. Just like before, remember that you do not have to hurry. Avoid the purple bullets and destroy the orange ones (especially the self-guided ones). Also, stay away from the orange blocks, which cause damage upon contact.

Successful hacking of closed boxes will allow you not only to continue climbing, but also to gain valuable loot and unlock new entries into archives. 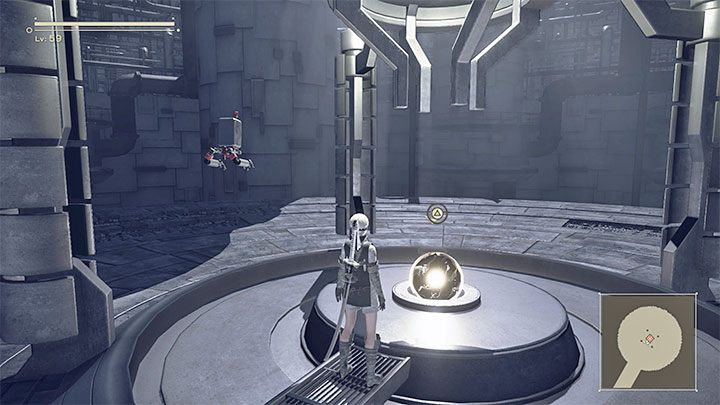 You have to get to Soul Box top floor. There's a yellow core there. This object is not directly guarded by any of the opponents. 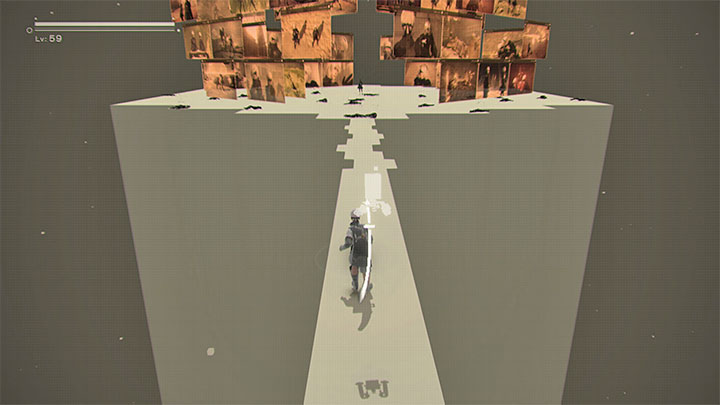 After using hacking on the core you will go to virtual reality instead of controlling the arrow-shaped object, you will control the "virtual" 9S and have all the skills from the real world.

Initially, go straight to the meeting place with the "old friend". 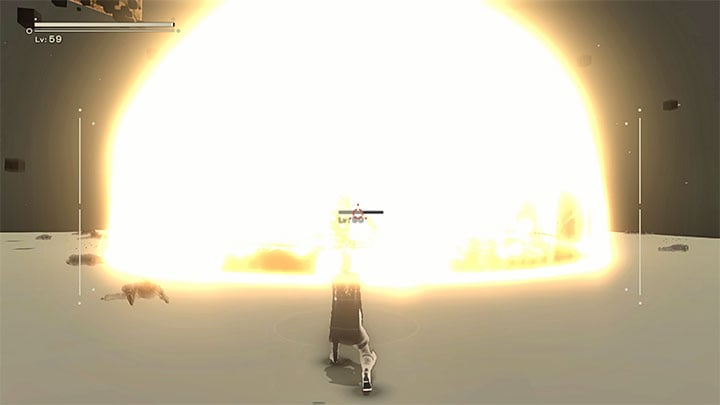 During this battle, rely on hacking, so the opponent can lose a lot of health. Mini-games involving hacking, unfortunately, will not be easy, but in case of failure (not counting the loss of some health Points) you can repeat them.

Also remember to ignore the possible corpses of other players, because not only would they not help you in terms of victory, but they would turn against 9S. By defeating the mini-boss, you will gain Ocean Access Key.

Healing in the Resistance Camp 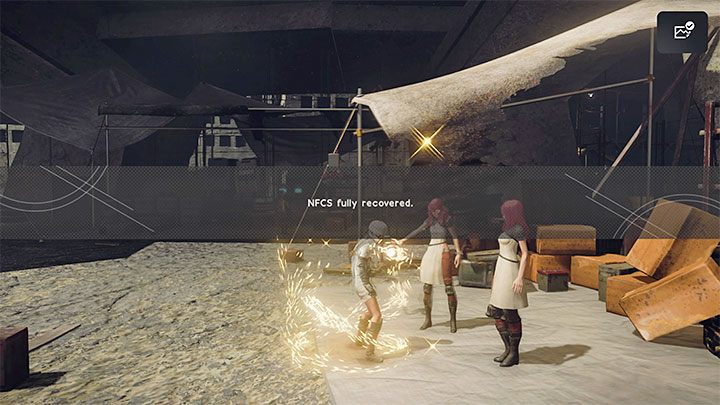 Upon returning to Flooded City, you will receive a warning from the POD about the damage received and the lack of access to some of 9S's abilities. You must therefore return to Resistance Camp. There is no need to go through tunnels, as the access point in Flooded City allows you to use fast travel.

In Resistance Camp, 9S will be healed by Devol and Popol. All skills will be unlocked again and you will be able to proceed with the task of obtaining the third and last key.