This page of the NieR Automata game guide contains the walkthrough of the unique events in Chapter 7 of Route B, during which you play as 9S. This guide describes the events new to Route B, which occur in the Flooded City and during the Grun (water colossus) boss fight.

Route B's Chapter 7 is very similar to Chapter 7 in Route A. This page only lists the differences and new features that appear while playing through Route B. Remaining information about this chapter and its main objectives can be found in the Chapter 7 walkthrough of Route A. 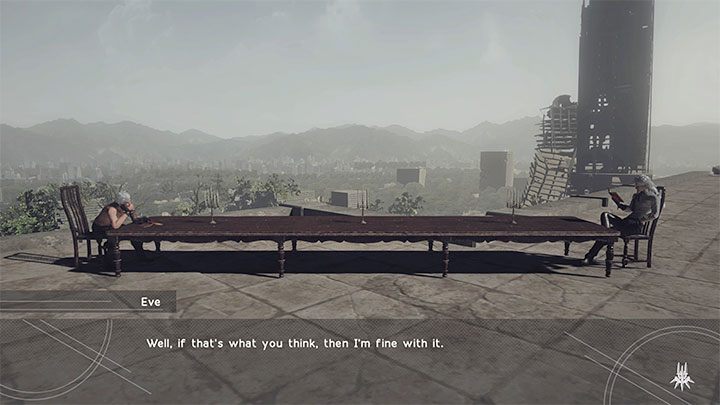 Just like in Route A, you must first return to the Machine Village, then head to the Resistance Camp and finally go to the Flooded City. Once you arrive at this location, the game will unlock the option to fast travel to the local Access Point. Along the way, one of the new cut-scenes will play.

Similarly to Route A, you shouldn't rush to use the Flight Suit. Try to complete all the side quests from the journal first, as they might get canceled when you initiate the biggest battle of this chapter. 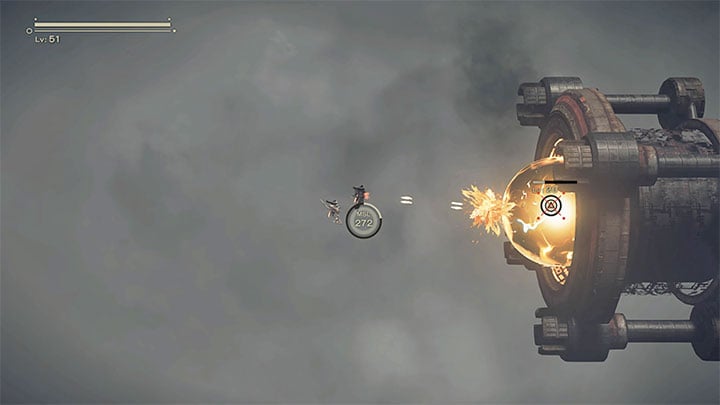 The initial battles on the waterfront are the same as during Route A, so you have to fight in the air against groups of regular machines and with a slightly stronger Goliath Flyer machine.

Once more, you will have to fight against Grun the colossus. Unfortunately, you won't be able to use hacking, so you have to play the fight out in the "standard" way by avoiding the boss' energy streams, disposing of the small units that continuously appear and doing what is required to destroy the yellow cores. 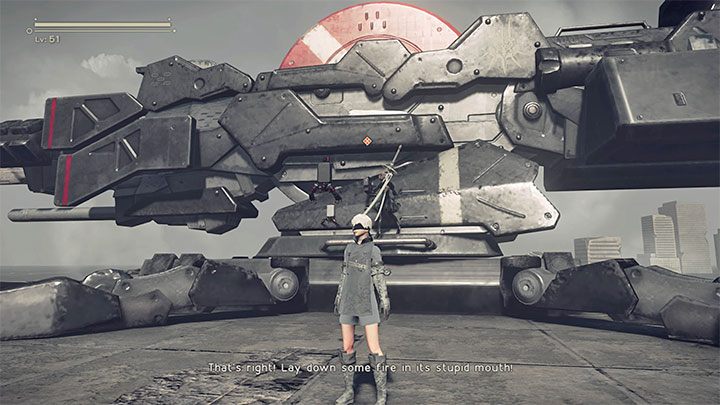 You will only need to use hacking on the giant cannon on the shore. You need to stand next to the cannon, then initiate hacking and by successfully completing the hacking mini-games, you will allow 2B to fire more shots from the cannon. 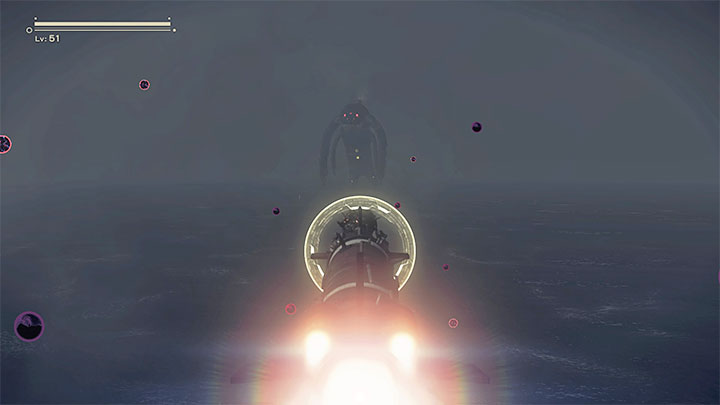 You will have to complete another flight section using the Flight Suit while destroying enemy flying machines. In the final stage of the battle, 9S will ride a big rocket that will start flying towards the colossus. You won't need to do anything in this section, just wait for the explosion.