On this page of the NieR Automata game guide, you will learn whether the controlled character can swim. We also suggest what to do in the Flooded City and in other locations with large bodies of water. 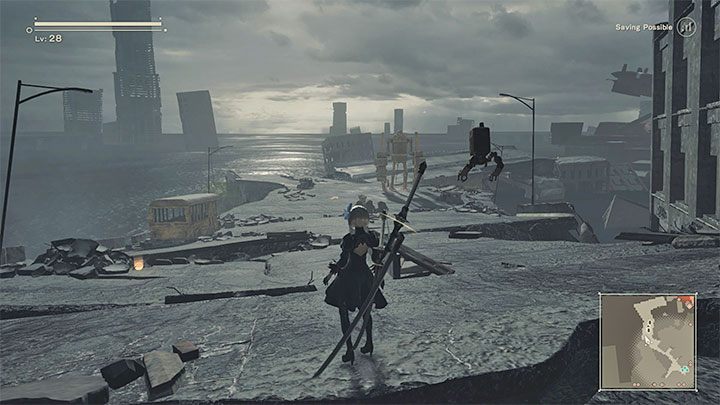 Large reservoirs won't be appearing in the first hours of the game. For example, when exploring the Ruined City, you will encounter only small reservoirs, streams and rivers, which are very shallow and you can run across them without any restrictions.

This topic will become relevant once you reach the Flooded City in Chapter 7 of the campaign. In this part of the world map, there are full-fledged, deep bodies of water. 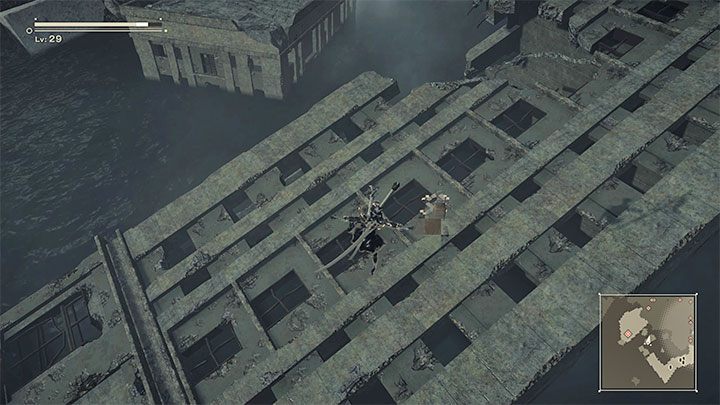 Unfortunately, the controlled character can't swim. Falling into the water will cause you to be transferred to the nearest shore and lose some health points. In extreme cases (playing on a high level of difficulty or if your character is severely weakened), this can also result in your character's death.

When exploring locations with large reservoirs, you should consider the following: 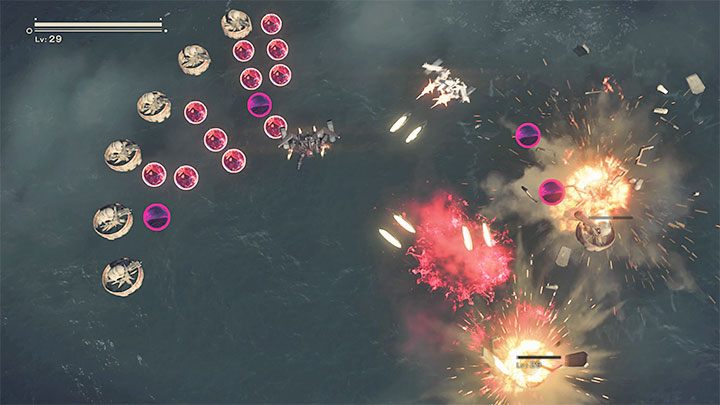 It is worth noting that some parts of the game involve flying over the water using Flight Suits. However, this only occurs as part of the main storyline and you won't be able to fly over water at will during other parts of the game.