Alyosha will accompany you in Taiga. He and Artyom get separated quickly, forcing you to face hordes of enemies. In this chapter in our guide to Metro Exodus, you will learn how to make sure that Alyosha won't get injured in Taiga. 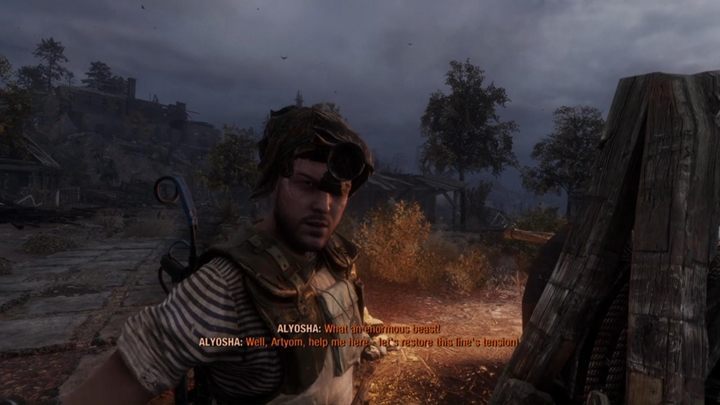 How to make sure that Alyosha won't get injured in Metro Exodus?

Alyosha's fate is connected with our attitude towards the locals. Avoid killing the enemies - spend the majority of the chapter on sneaking and stunning human enemies. Going through settlements during the night is a good idea. Luckily for you, the majority of the enemies are carrying a crossbow - you will have plenty of time to run towards the opponents and stun them. If you come across prisoners, always rescue them. Thanks to that, Olga will appear at the end of the chapter - he will let you and Alyosha go in peace. You will also unlock the Alyosha trophy.

Otherwise, Alyosha will end up in a wheelchair.