In this chapter of the Metro Exodus guide, you will read a solution on how to rescue Anna and what to do to finally restore Moscow's connectivity with the rest of the world.

Inside the Hanza base - aggressive way 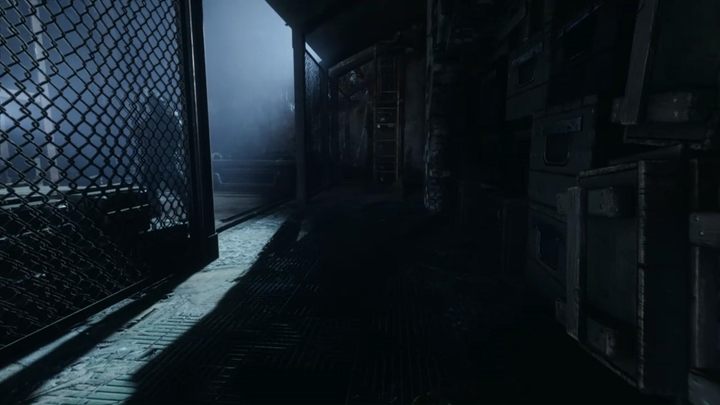 Exit the ladder higher and after a short march, you will see Yermak. Go out with the man, then go to the panel on the right and turn it off. Then go to your companion - try not to run to provoke enemies around you. Sneak up to the ladder and go up. 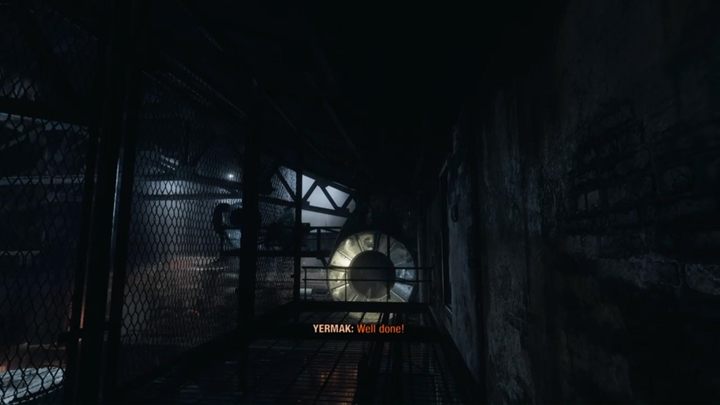 Crawl further and you'll see an enemy with his back turned towards you. Stun him, then open the door and go further. Wait until the enemy looks at you (flashlight falling on the wall) - pick up a can lying nearby and then throw the object in front of you. 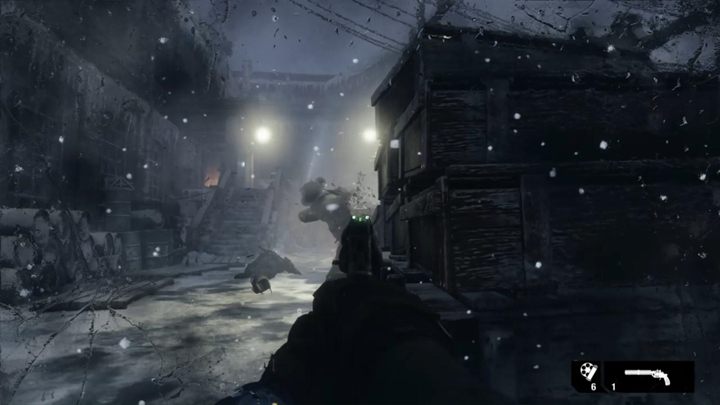 After a while, you will find yourself in a room with Anna and her executioner. As a result of the scene, you will learn that all of Moscow was cut off from the whole world - no signal or message could reach the city. It will soon turn out that there are a lot of people in the world who are trying to get in touch with the rest of the world. After the cut-scenes, go outside - don't use a flashlight and your enemies won't notice you. In a short time, you will come across a large number of enemies - if you want, you can sneak up and stun enemies, but you can also kill them. At this point in the game, this will not translate into any consequences.

In order to escape from the enemy's hands, you must get to the location where the train is located. If you encounter enemies on the road, they will trigger an alarm. To get to the train quietly, you need to be very careful and patient. 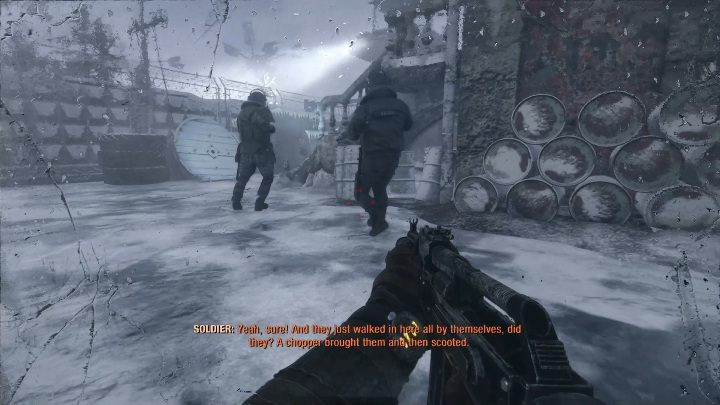 Get rid of two opponents at the very beginning. Wait behind the chest until they reach the stairs. Silently sneak into them and stun both enemies as soon as possible. 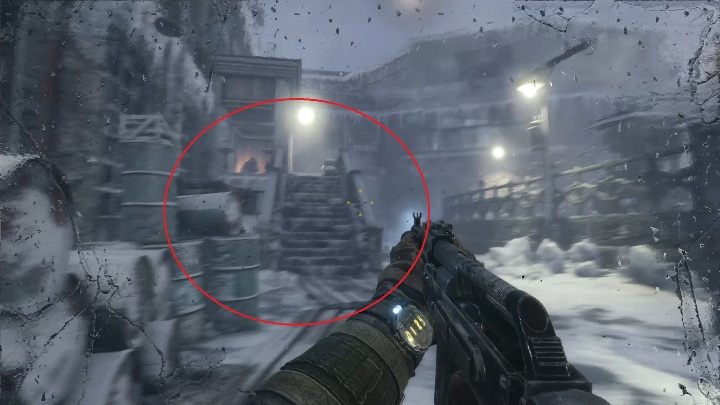 Your next task is to quietly climb the stairs shown on the screen above. 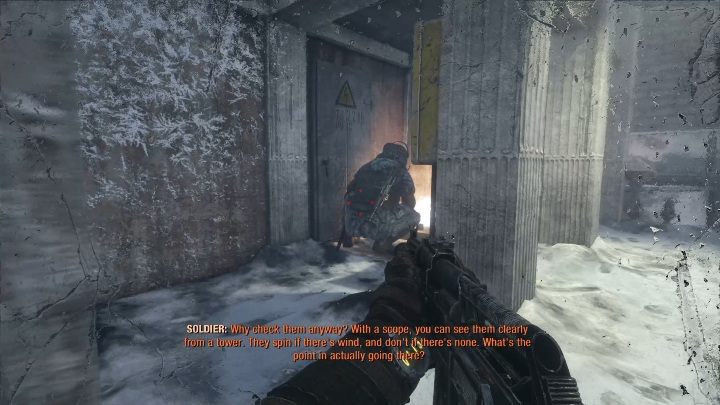 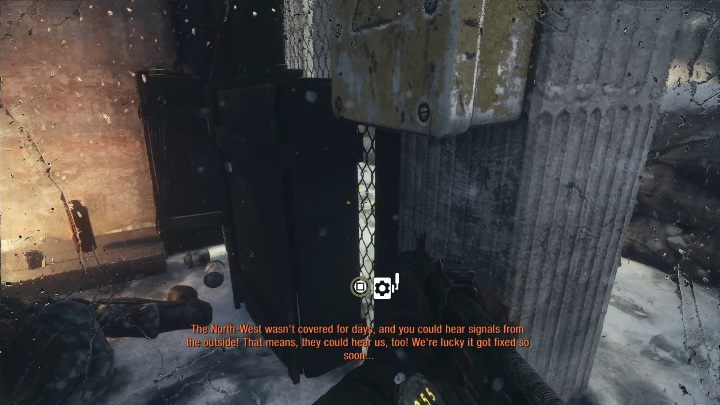 There, stun the opponent and turn off all lights. 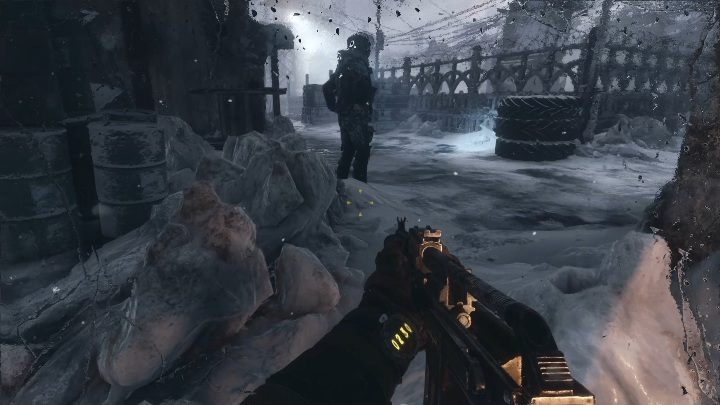 When the lights are switched off, go left. There, under the stairs, your opponent will look around. Quietly jump to the ground and eliminate him. This will clear your way to the next location. 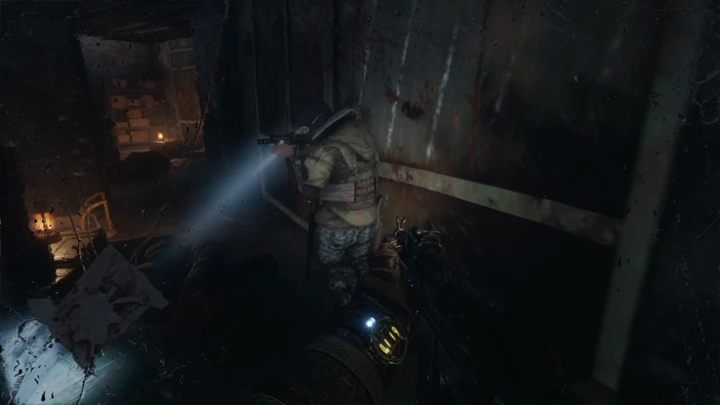 Shoot/deafen enemies until you reach the red door. Go further inside with them - search the room, then go further and you will reach the room with the engine. As before, you can kill or stun more enemies. When you neutralize the threat, Yermak and Anna will appear. Go upstairs with the woman and defeat more enemies. 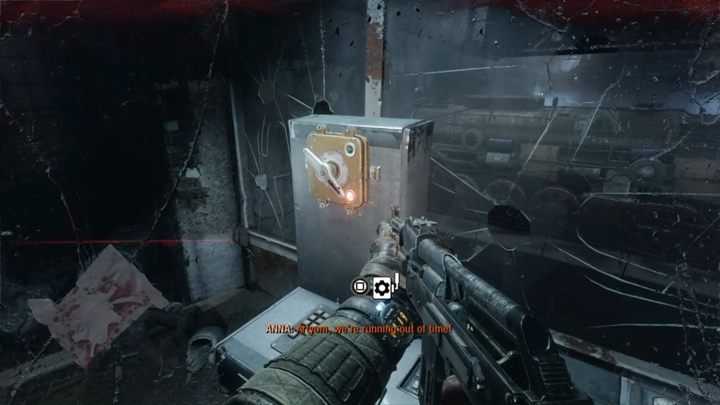 Use the switch at the top and then defend yourself against enemy attacks. After a while, there will be a powerful explosion and you will fall down with Anna. Proceed forward, shoot the soldiers until you reach the big knob - use it to slow down the train and prepare it for driving. A short scene awaits you now - a group of your companions will enter the train. 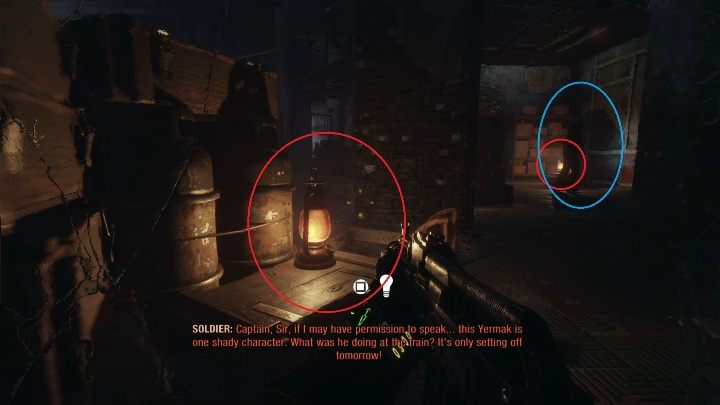 In order to gain Aurora quietly you have to act very carefully. Remember to turn off all the lights in the vicinity.

Your first task will be to go to the right, turn off the first light, quietly approach to your opponent (marked in blue on the screen above), eliminate him and quickly turn off the light next to him. If you don't do this, the other opponents will quickly detect you. 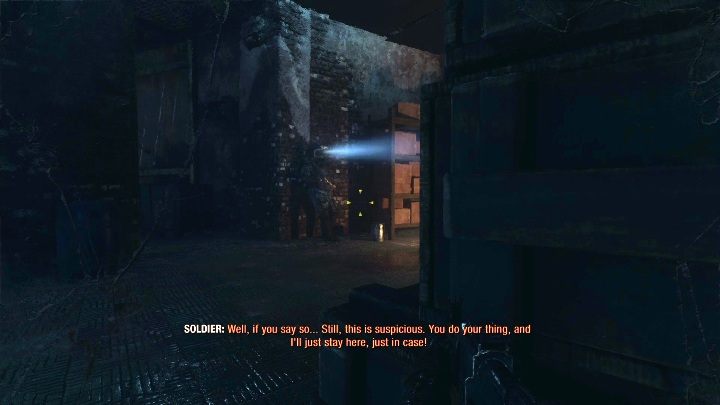 Hide behind the shelves and wait for the other opponent to turn around. This may take several dozen seconds, but be patient and don't make any moves.

If you try to distract his attention by throwing a can, you will also summon other enemies. 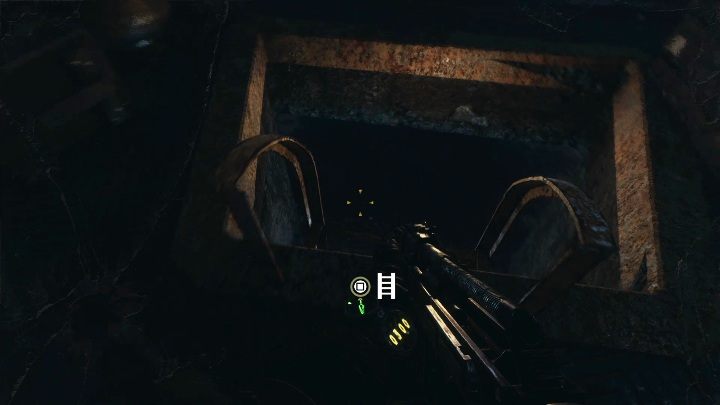 When you get rid of enemies, go down the ladder to the lower floor. 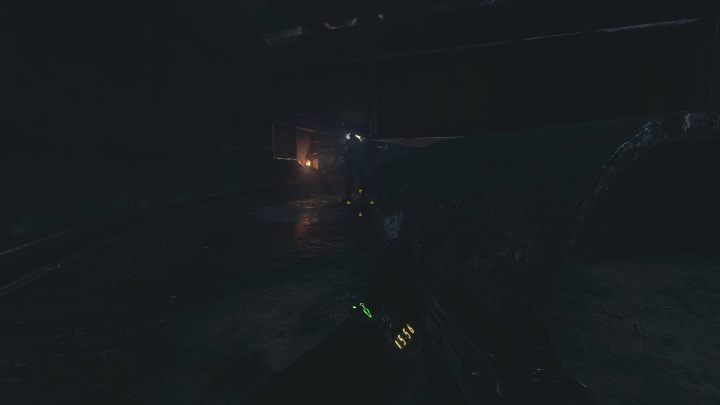 When you go down, turn left. There, quietly eliminate your opponent and quickly turn off the lamp. 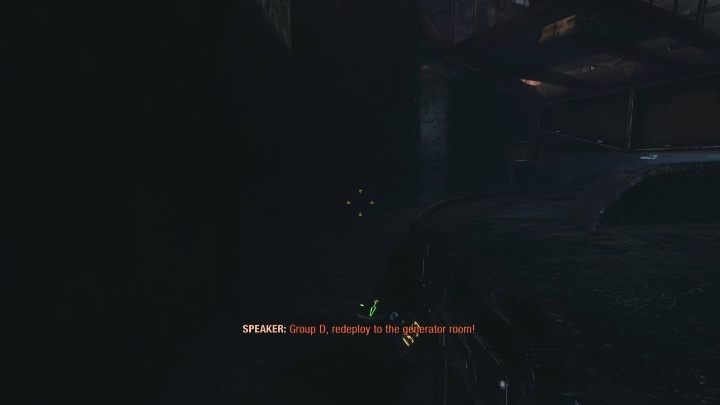 Walk along the wall to the next ladder. 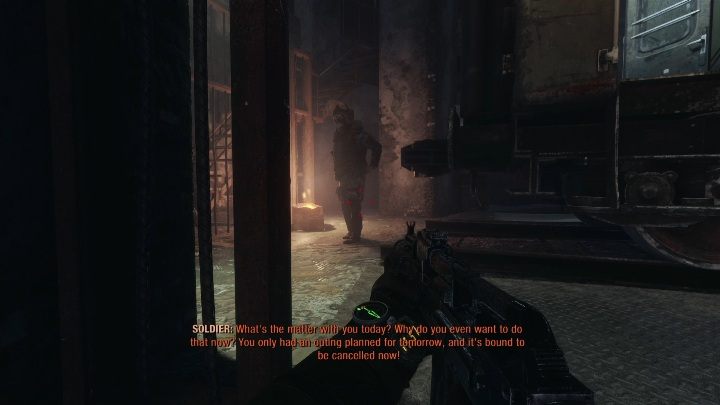 At the entrance to Aurora there is a guard. Distract his attention with the can and then eliminate him. This way you will safely get to the train.