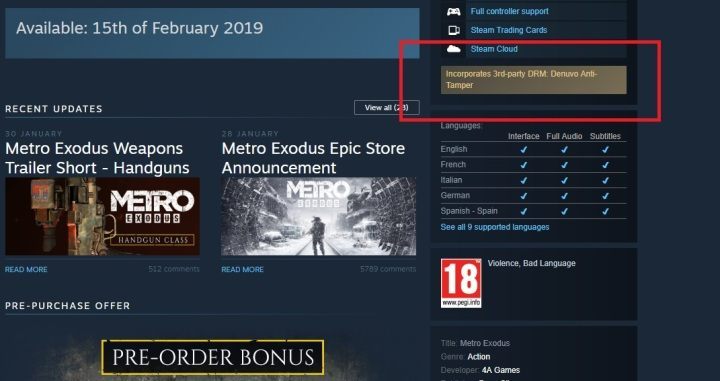 Several days before the release of Metro Exodus, fans of the game learned that the latest production of 4A Games will feature Denuvo DRM (digital rights management). This is the first installment of the Metro series protected by a DRM.

What is the Denuvo DRM?

Denuvo is an anti-piracy technology designed to protect the game/program against illegal copying. This protection is intended to increase legal sales of games and reduce the number of illegal versions on the Internet.

Will DRM protection affect the game?

Generally speaking, DRM protection should not affect the game. However, information about its impact on game performance is more and more frequent. The results of the data show that DRM protection receives several FPS and makes the game load a little longer. There are, however, no big differences and they do not hinder the gameplay.

We would like to remind you that DRM protection can also be removed by developers after the release of the game.