The following page contains the walkthrough for the "Spider-Man. P.I." side mission in Marvel's Spider-Man. 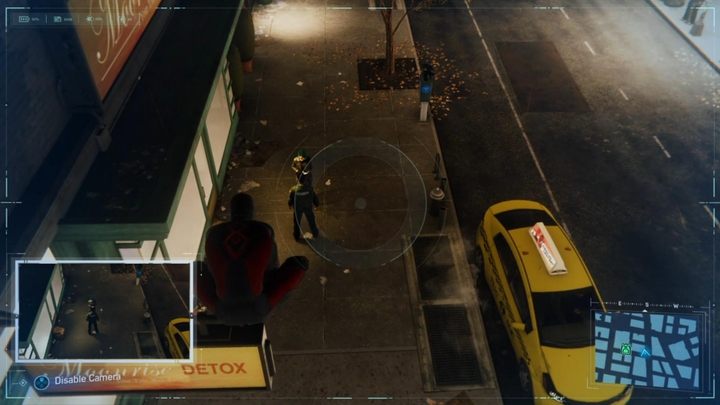 You'll be asked to take some photos. Head for the first marker on the map - your character will sit on the lamp near the suspected couple. You can't take the shot from here - move to the sign near the couple and snap away. 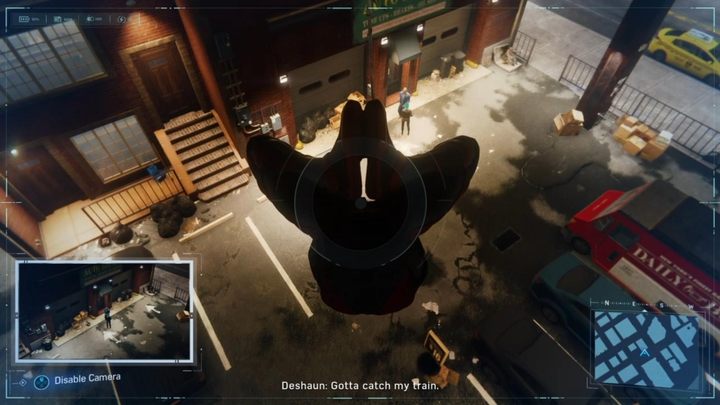 The woman will take a cab - your job is to follow it. Use the web to swing and try to remain close to the vehicle. After a short while, you'll reach the location of another suspicious meeting - cling onto the bridge above the character. From there move a bit towards the talking pair and lower yourself on the web to take another photo. 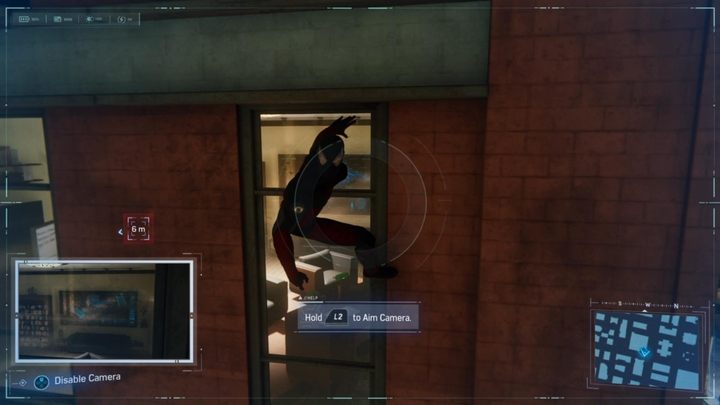 Your target is on the move again - this time you'll be chasing after the subway. It's not the most difficult of tasks, simply use R2 and swing above the streets. Eventually, you'll reach the third locations - the woman will enter a building. You'll need to take a shot of the screen in the apartment first - stick to the window and take a picture. 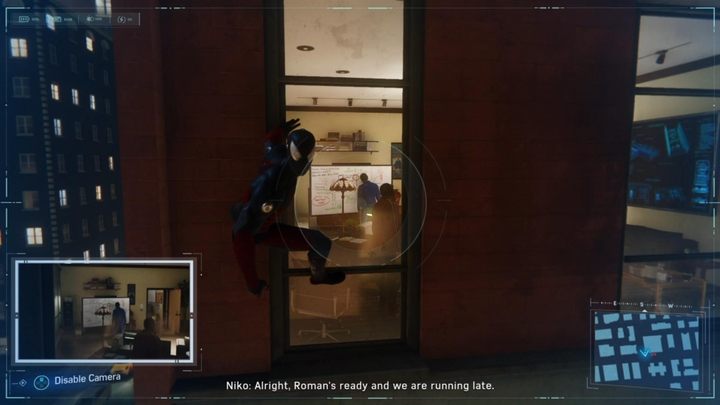 Then, move a bit to the right, where you'll find a window with a view of a white board. Don't let yourself be seen - take the last picture when the target is looking at the board. Most of the job is done; all that remains now is a chase with a group of bandits. Chase the cars and press the triangle when you come close to them to stop the car in a QTE sequence. 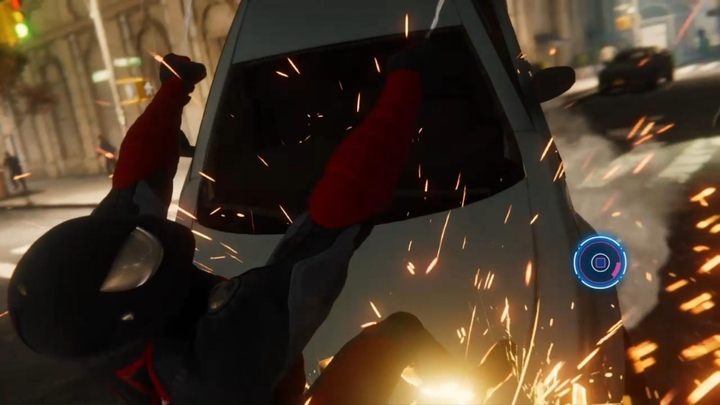 Once stop both vehicles, the mission will be completed!