This Game Guide and walkthrough to Marvel's Spider-Man (PS4) will prepare you to save New York City from all criminals. Our guide is a comprehensive compendium of knowledge, in which each player will find answers to any questions and tips to help you start the game. The guide covers the most important issues, such as the description of side activities in the game, the description of the combat system, or solution for all research missions in the game. The whole is crowned with a very extensive and detailed walkthrough of the main plot, along with a description of side missions. In our solution, you will find combat descriptions of all the bosses in the game - Fisk, Tombstone, Scorpion and the rest of the villains have no chance with you!

First chapters of the Game Guide consist of starting tips and the basics of the game, where we have collected all the necessary advice that will come handy in beginning your spidey-adventure. In this section of our solution you will find out, among other things, how the control system looks like, how to perform benchmarks in the game, and how to develop your character including all available moves list. Another extensive section is combat, where you will find an overview of how to deal with enemy battles, learn how to heal yourself, renew focus. Also, you will find a detailed list of enemies, along with combat tactics on how to deal with them.

Of course, the guide couldn't lack an extensive FAQ section, which answers all the questions of freshly baked superheroes. In this section, we have answered how to finish the game in 100%, whether there is fast travel system in the game, what skills are the best in the game, how to explore the map, and how to get crime tokens.

The core of our guide is a very extensive walkthrough of all the main plot. We have described in detail all the missions in the game. Apart from the campaign, you will also get guidelines for all side missions and optional tasks, such as tasks in Harry Osborn's research stations. We explore the secrets of New York City districts such as Harlem, Greenwich, Chinatown and Midtown - with our guide you'll complete the game 100%.

We've also devoted a lot of space to other stuff, like gadgets, suits and all the improvements available in Spider-Man. Fans of the series will have a real treat - in the game you can unlock the iconic outfits that appeared in the comics. We have also listed the most difficult puzzles and riddles in the game, which are presented in a clear way - if you find a potentially difficult moment in the game, you will easily find a solution.

Spider-Man is a third-person perspective (TPP) action game, which can easily be compared to Batman: Arkham series, especially when it comes to a smooth and effective fight. The combat and duels are one of the main attractions of this production. The hero uses fists, legs, web and environment items to defeat his enemies. He can, for example, grab a bag of sand with his web and hurl it at the opponent, or throw the enemy into the air and glue it to a nearby wall. It is also possible to shoot and set traps, which are useful e.g. in stealth sequences, during which instead of entering into direct conflict, you quietly move along the walls, eliminating further bandits along the way.

The action takes place in New York, so there is no lack of exploration elements in the Spider-Man game. Your hero can easily walk or even run on vertical walls, use the spider web to swing and move faster over longer distances and has many other abilities. The title is very spectacular, not only because of the acrobatic abilities of Spider-Man, but also because of the QTE (Quick Time Event) sequences. During this type of directed scenes you will have an opportunity to watch the craziest actions, which change dynamically by pressing the appropriate buttons at selected moments.

Before you start playing PS4 Marvel's Spider-Man, it's a good idea to read the following starting tips. They're a great introduction before "dressing up the suit" of the main character and saving New York from doom. Below, you will find out how long is the game, how to unlock the change of game time, or how to efficiently track down further crimes.

Before you go to the rescue of the world, stop for a moment and focus on knowing the basics of the game. The following section contains chapters that contain info about the foundations of the game - which doesn't mean that they should be avoided. We've focused on character development so that can you know how your character strengthens over time. Here you can also read about controls, and Spider-Man moves. Also, you'll find tips on how to start the game.

A significant part of the Marvel's Spider-Man game is combat. Fortunately, the developers tried to make it very impressive and fun. We have prepared chapters, which describe the combat system in the game and give you a lot of valuable information on how to deal with each skirmish. Following chapters are waiting for you:

Peter Parker is a real gadget-man - he constantly thinks of new inventions and how to improve his suit. In the game you will be able to make upgrades many times, creating new modifications or changes in your suit, which will give you a completely new powers. In this section, we've described all the technological wonders that you'll be able to use during your adventure.

Our guide includes an extensive FAQ section where we answered the most frequently asked questions about Marvel's Spider-Man. The following chapters are waiting for you:

Side activities and collectibles description

Marvel's Spider-Man has provided players with a set of many optional challenges. In the break from rescuing New York, you can prevent crimes, catch pigeons, do raids on enemy bases, take part in Taskmaster challenges and many, many others. The following are waiting for you:

Harry Osborn had a vision of safe and pollution-free New York City. He transformed his vision into the creation of unique research stations that monitor the city's districts, capturing anomalies. When you reach other sites, you'll start a mission that often matches the length and complexity of side missions. In order to make the navigation easier, we have divided the research station missions according to the regions in which they're located.

The Spider-Man universe is famous for its well-created villains. It's no different in Marvel's Spider-Man. The game features Peter Parker's iconic enemies who won't retreat from anything to finish our hero. You have to fight several duels with different bosses - we have provided strategies that will help you to quickly defeat all super-villains.

The essence of our guide is a very comprehensive walkthrough of all missions in the game. A richly illustrated step-by-step solution will guide you through the whole story told in Marvel's Spider-Man. In the following chapters we have listed the most difficult parts of the game.

NOTE: You can find all missions walkthrough in our Table of Contents (on the left side of our page). If you're using mobile phone, click on the orange button "Table of Contents" at the top.

In addition to the main plot, Spider-Man can patrol New York and take part in additional missions. Many of them will reward you with a valuable experience - some of them are quite unique, for example, you can take part in a unique fight against an additional boss, or have fun in the Snipe Hunt. The following side tasks await you in the game: 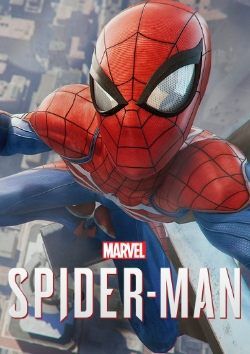 Spider-Man for PS4 is another game developed by Insomniac Games, creators of many titles  including action platform games Ratchet & Clank, crazy Sunset Overdrive and the series of shooters Resistance. This time the developers decided to create an action adventure third-person perspective game about the legendary superhero Spider-Man.

The plot in Spider-Man isnt a direct adaptation of a comic or a movie. Insomniac Games prepared a completely new story. However, it contains classic elements like the double life of Peter Parker and many well-known characters.

Spider-Man for PS4 is a third-person perspective action game that can be compared to the Batman: Arkham series, especially when it comes to combat. The battles are one of the main attractions of the game. The protagonist can use fists, legs, webs and his surroundings. He can, for example, use his web to catch a nearby sand bag and throw it at his opponent or he can throw the enemy into the air and then glue him to a nearby wall. It is also possible to shoot web and set traps. The latter is especially useful during stealth sequences, where instead of participating in direct combat, the player silently moves across the walls and eliminates encountered thugs.

The game takes place in New York, which can be freely explored. Spider-Man can easily walk and run across walls. He can also use his webs to quickly swing and move on longer distances.

The title is very spectacular not only thanks to the acrobatic skills of Spider-Man, but thanks to QTE sequences as well. During the cinematic scenes the player is watching very impressive actions and he must press specific buttons at right time to succeed.