On this page of our Marvel's Spider-Man Game Guide you will find a solution for The One That Got Away mission. MJ goes to an exhibition, which is attacked by Martin Li's people. It is time for Peter and MJ to work as a team. 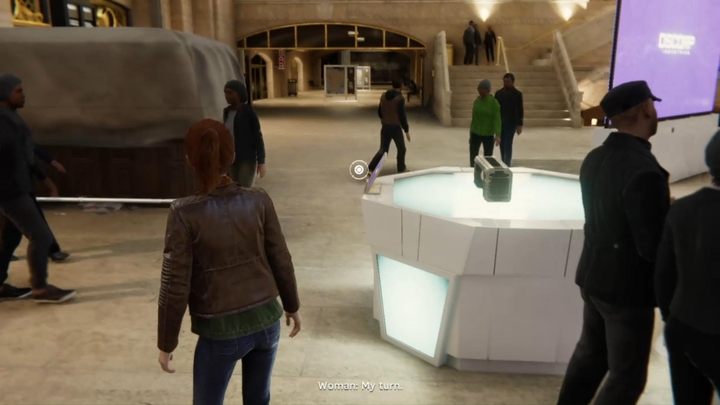 You begin your mission as Mary Jane. Go ahead and browse through the exhibitions. Finally, you will reach a particularly interesting object - you will see a cutscene in which Martin Li steals the device. Watch the long cutscene and wait for Peter to reach the building. 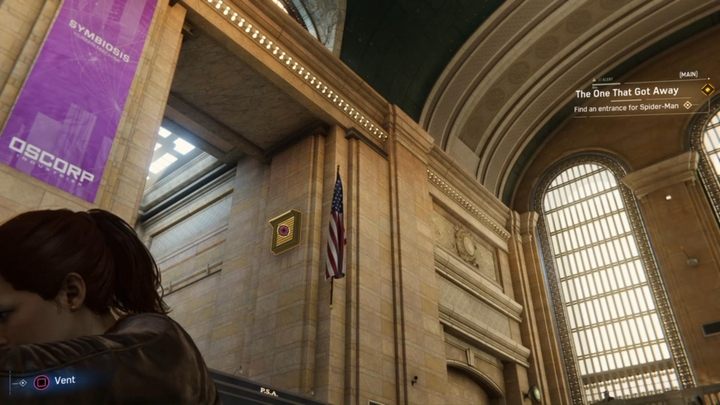 Peter will ask you a few details about the situation - the number of drones or the ventilation shaft entrance. Wait a while to track all mentioned objects. Then ask Peter to divert the attention of the guards by pressing the appropriate button. Go to the yellow marker and steal the tablet. 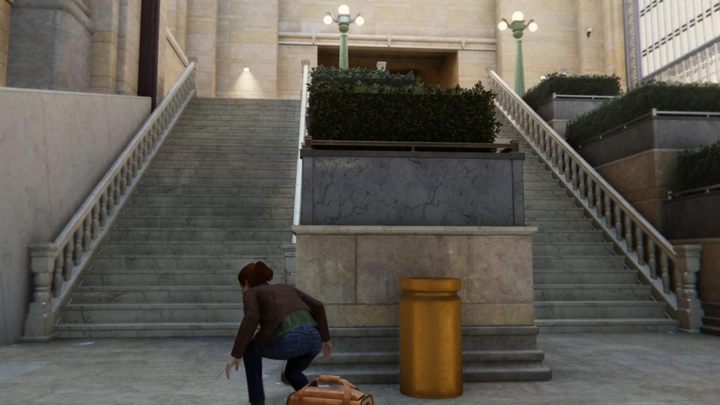 After the cutscene, go straight ahead. A Spider-Man will appear and save you from the oppression. Jump down the balcony and walk to the left using the stairs - don't get caught by the guard. 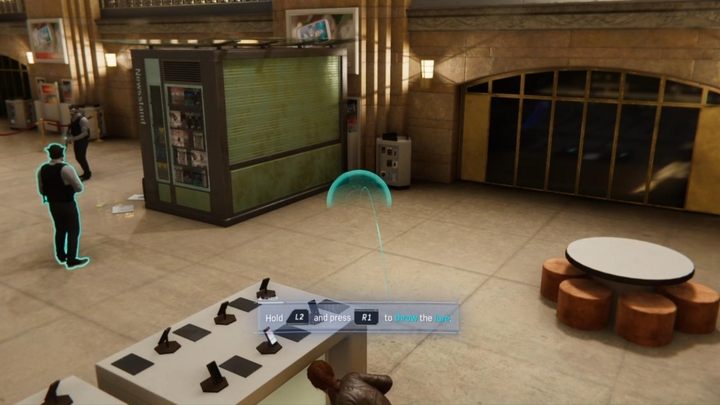 From now on, you can call Peter to catch enemies from the above and quickly stun them. After the cutscene, lure one of the enemies to the right and then order Peter to grab other opponents. 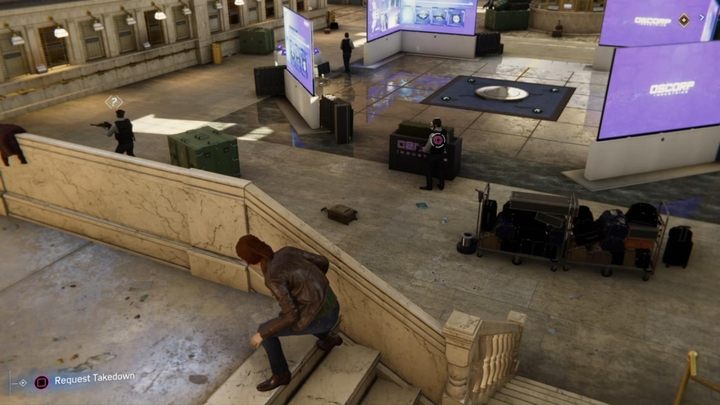 Go down the stairs and turn right. Use the lure to the left to distract one of the guards. Then sense the appropriate moment and stun the guard at Oscorp signature. Eliminate the guard whom you have lured earlier. 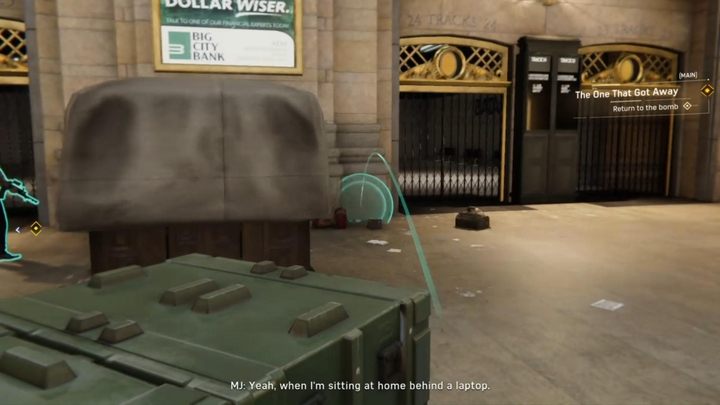 Go to the boxes and lure the enemy to the right. Now, you can safely stun two more guards. 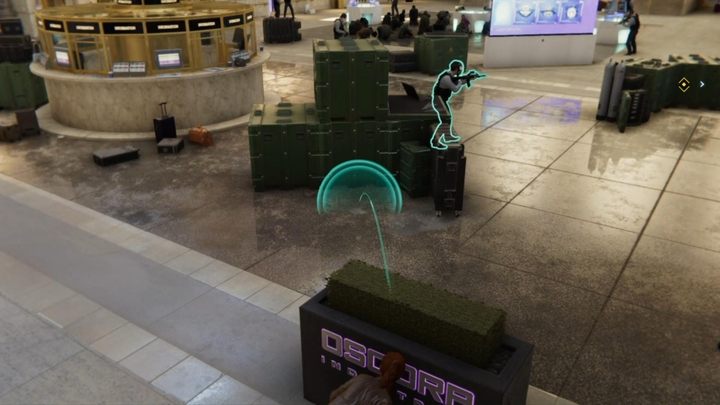 Now go to Oscorp signature and throw the lure behind the boxes. Get rid of both bandits and go to the yellow marker. 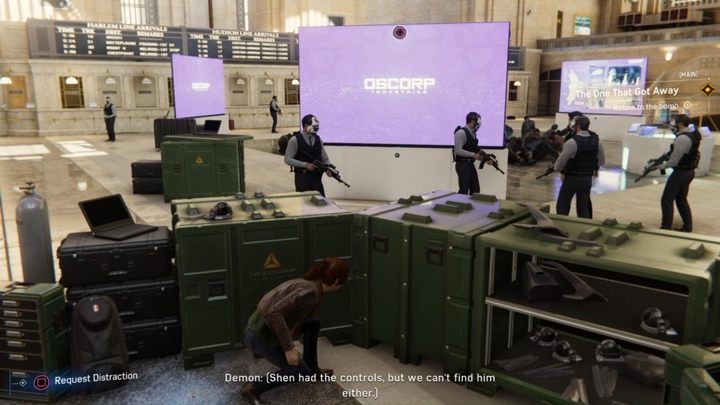 When Martin appears, order Peter to throw the screen at his enemies. Criminals will trigger the bomb - rush quickly to it and start the disarming process. 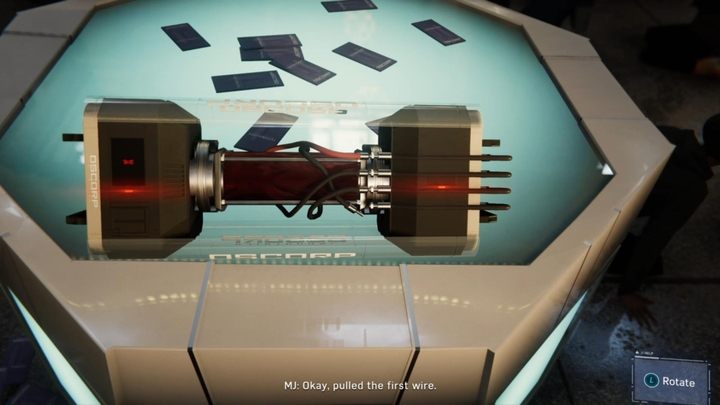 To disarm a bomb, take the following steps one after the other: 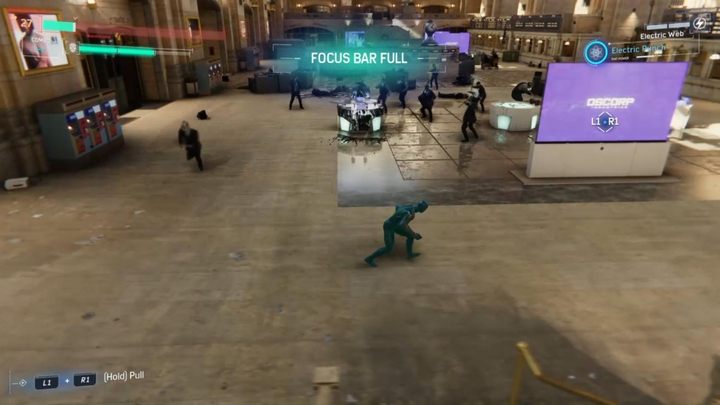 After the bomb has been disarmed, you will control Spider-Man once more. There are plenty of enemies here - you have full freedom on how to deal with them. A lot of enemies can be defeated from hiding or you can immediately throw yourself into the battle. You will face special enemies such as brutes and enemies equipped with rocket launchers. 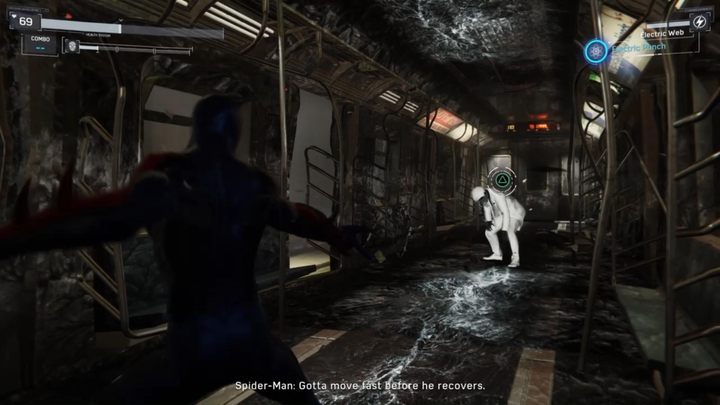 After the fight, rush to the marker. Time to confront Martin Li! You are fighting in the subway. Engage your enemy and after a few blows Mister Negative will charge himself with power and start to attack you from a distance. Don't get too close to him - jump sideways and bounce off the walls to avoid enemy attacks. After few attacks the opponent will be exhausted - this is the best time to deal him some damage. 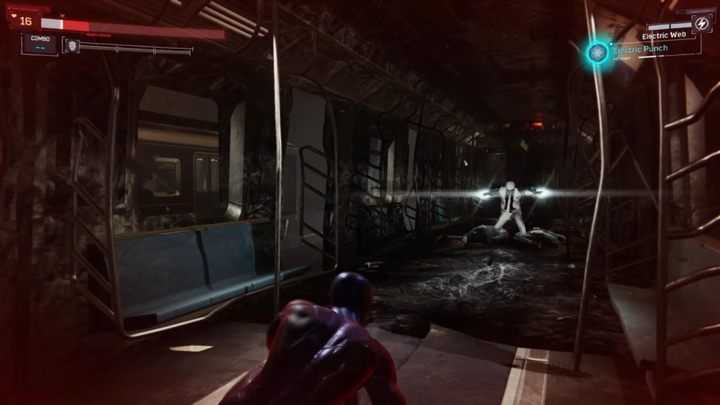 After a while, the fighting pattern will be repeated. Your opponents will start to use a new attack type - when he takes the pose as shown in the picture above, jump upwards instead of sideways. After a series of dodges and counterattacks, a quick-time event sequence will start. 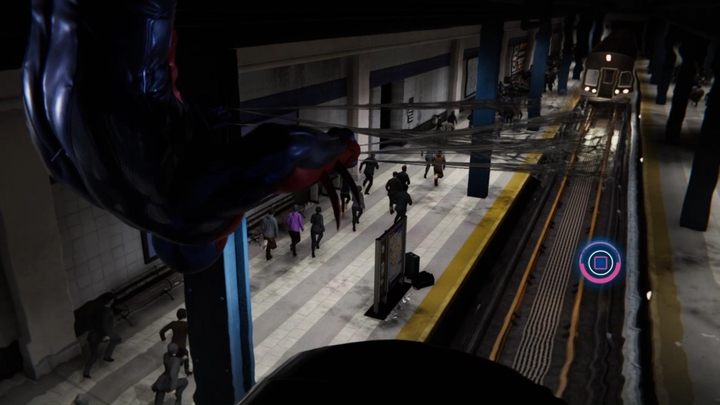 After a very spectacular cutscene, Peter manages to stop the vehicle. Martin is imprisoned and the mission is successful! Reward: 3500 XP.