In this chapter of Marvel's Spider-Man Guide you'll find a description of the next main plot mission called Up The Water Spout... Peter starts a search for Charles Standish, who seems to know something about Devilish Breath. 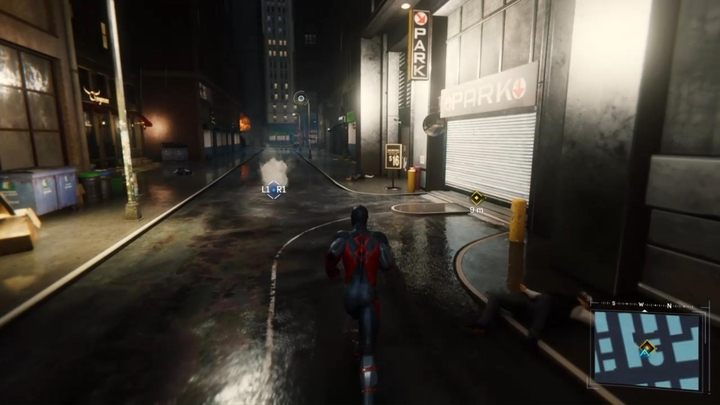 At the beginning of the mission, help the police to fight the bandits. As a standard, use gadgets and dodges in the combat. After the fight, approach the parking door and go inside. Go up to the wounded guard and watch the cutscene - new enemies will appear. 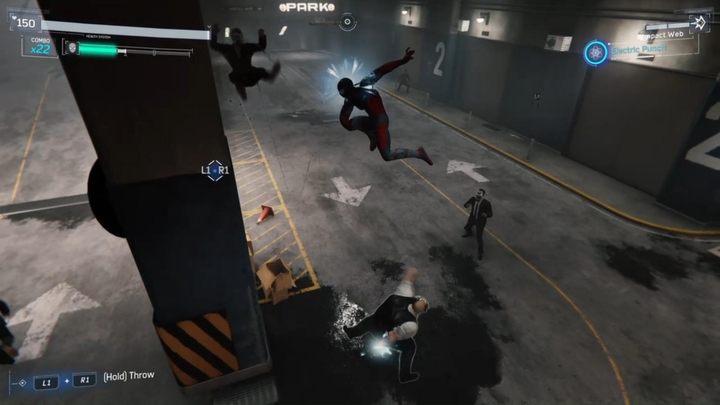 There will be a quite long skirmish ahead of you. There are a lot of enemies - they use firearms and energy-reinforced hand-to-hand fighting weapons. You can also expect a fight with a brute and the rest of special units. An electric web is very useful in this combat, as it stuns and interrupts enemy attacks. 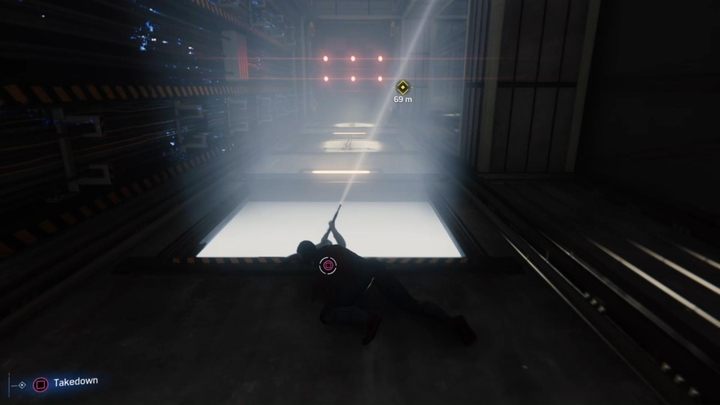 Now run to the elevator and head up. Along the way you'll encounter enemies that can be throw down. Close the next entrances and rush to the top. Beware of the elevator that can crush you - try to jump sideways as you continue along the way. Several similar shafts are waiting for you - each of them gets more and more difficult. 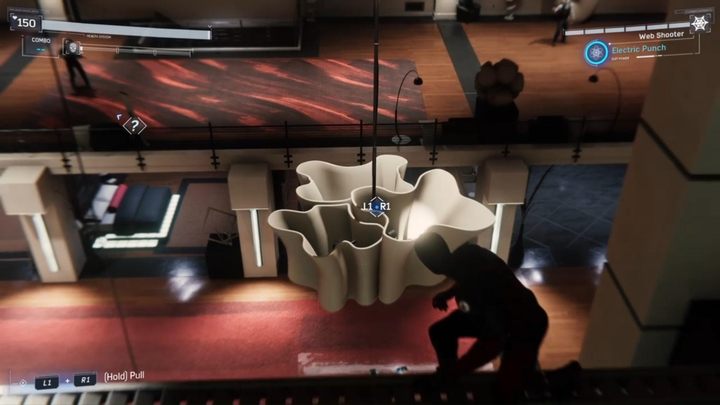 Finally, you will reach the room where the scholar is being held. The area is protected by enemies - try to stun them and take advantage of being undetected. On some enemies you can drop a chandelier. When you get bored, go down and finish all remaining opponents in a classical way. 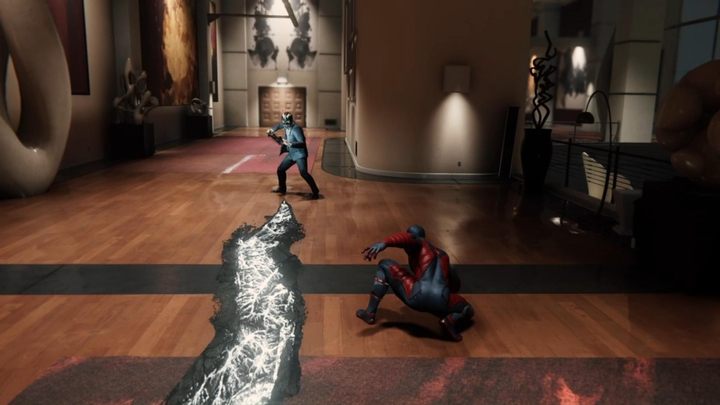 A new type of enemy will appear - a demon with a sword. This enemy is fast and deals some really heavy blows. It's best to use dodge and stun him quickly - he's vulnerable when he performs his attacks. After defeating him, the last wave of opponents will spawn. 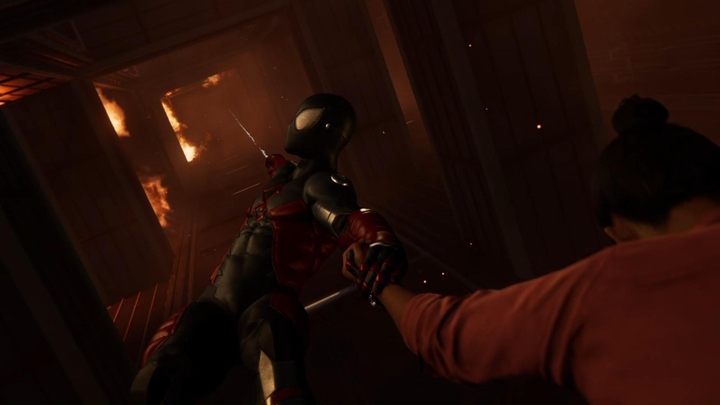 After the cutscene, a short quick-time event sequence awaits you. At the last moment you will be able to save Cavendish and the mission will be successful. Reward: 3000 XP.