The following chapter of this game guide describes the walkthrough of the main mission in Marvel's Spider-Man titled "Dual Purpose". Peter ventures out to the headquarters of one of the Demon gangs. 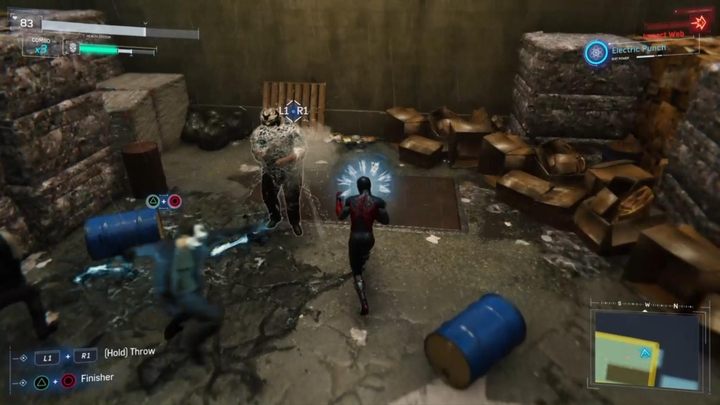 You will start the mission in front of the Demon headquarters. As per usual, you can start your attack by taking out a certain amount of criminals while still remaining undetected. However, you will not be able to avoid having a direct confrontation - get ready to fight a Demon Brute, alongside other numerous threats. 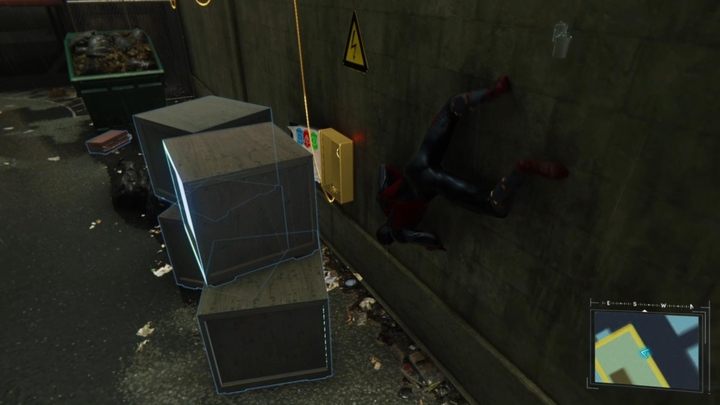 After the fight, approach the closed door. Then go to the electrical box, open it and use the Electric Web. There are two more boxes nearby - one of them is hidden behind the crates. Activate all of them and you will be able to enter the building. 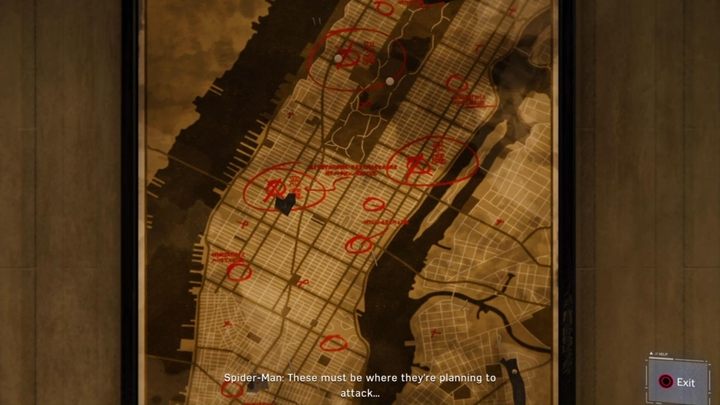 Enter the warehouse and reach the ventilation shaft. Go to the room with the stolen weapons. Search the entire place thoroughly - interact with, e.g. the plans for the next gang operations. You will get a phone call from MJ - go outside and run to the next marker on the map. 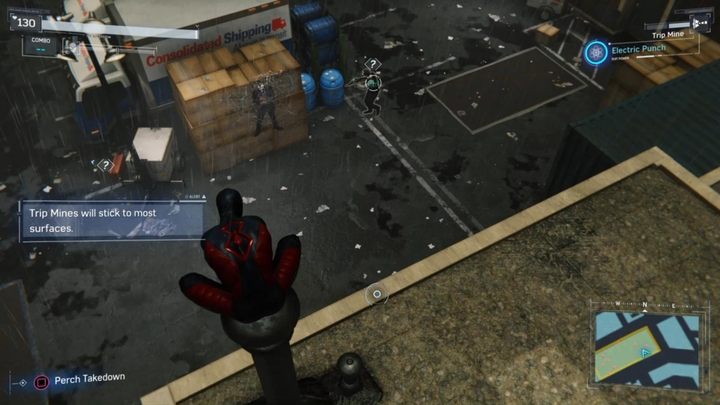 You will reach a heavily fortified Demon base. Create a brand new gadget - the Trip Mine, which will allow you to catch enemies in a web when they enter a certain area of effect. Get accustomed to your new invention by testing it on the bandits. 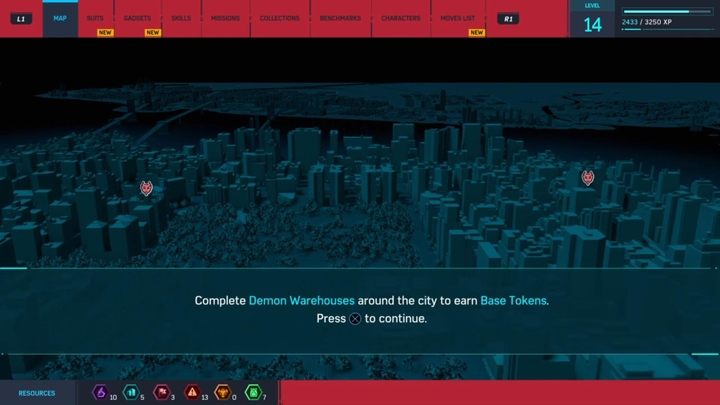 Sooner or later you will be detected - and a lot of fighting will follow. Fight against your opponents and remember to use gadgets and finishers. After you finish, enter the building and search it. You will discover the location of Demon warehouses - this is another type of side missions in the game. You can visit these places and fight consecutive waves of enemies. As a reward, you will receive Base Tokens, which are very useful for crafting. 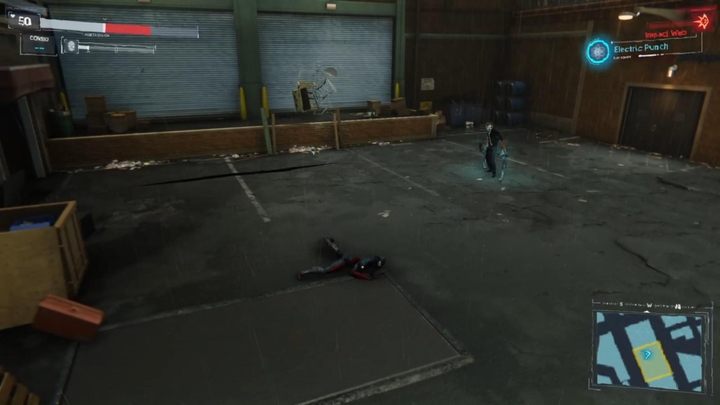 Outside, you will encounter a new opponent type. A Demon member equipped with a whip - the enemy deals a lot of damage and is really quick and agile. It is best to counter foes of this type with the help of dodging and gadgets (I recommend the Electric Web). 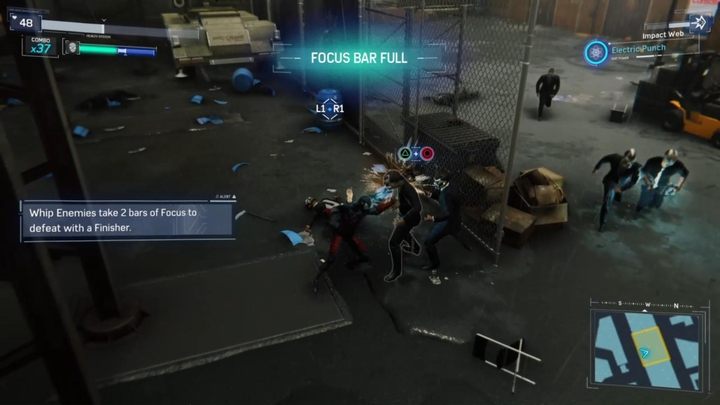 Now go to the next objective marker on the map. There will be a large group of Demons patiently waiting for you there. The fighting can get quite fierce here - remember about the special ability of your suit, dodge frequently and use gadgets to gain an advantage. After winning, the mission will end in a success - Silver Sable will also appear in the city with an army of mercenaries. You will earn 3000 XP.