This page of the game guide to Marvel's Spider-Man on PS4 describes the short quest "Stakeout". Time to discover another type of side missions in the game, this time you have to track the figures left by the Black Cat. The next task that has been described here is the mission titled "Couch Surfing", which revolves around returning to the F.E.A.S.T. headquarters. 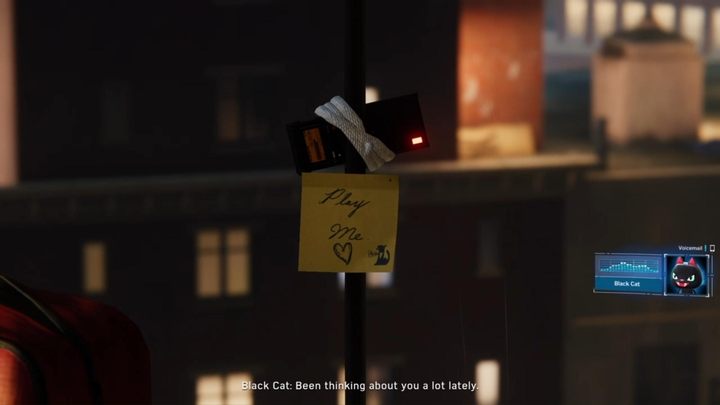 After reaching the roof, you will see a cutscene in which Black Cat will challenge Peter to find her. The first step is to locate a figurine, which in itself a hint, leading to the place where she is hidden. Walk up to the telescope next to you - your task is to find the figurine somewhere in your vicinity. 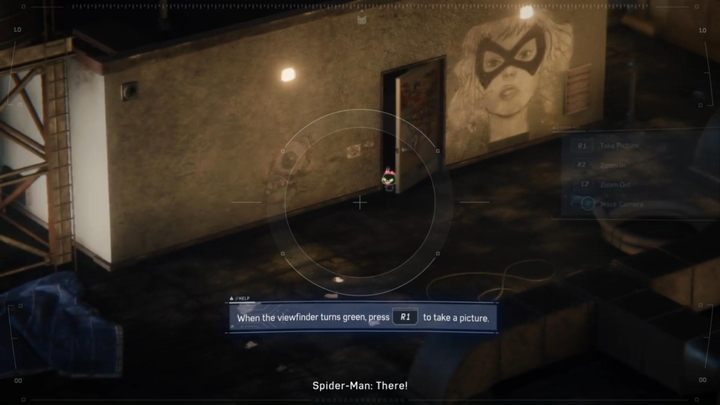 Black Cat's figurine can be found to your left. Each time, the game will give you some hints as to the location of the object you are looking for. The first hint is a certain glow, which reveals the location of a given figurine. The second clue comes in the form of a Black Cat graffiti. 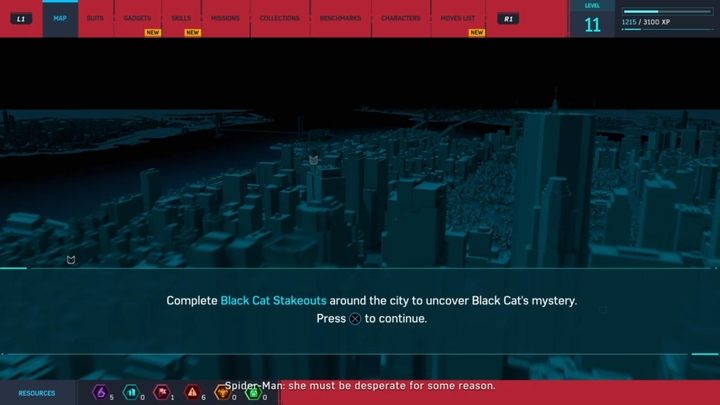 When you find a black cat figurine, pull out the camera and take a picture. The game will inform you that more similar challenges have appeared in the city. For completing them you will receive, e.g. a unique Spider-Man suit! After the task has been completed, you will receive 250 XP. 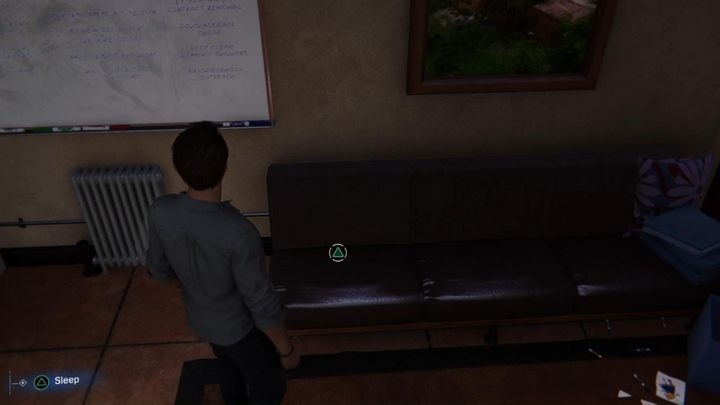 It is time for another short mission. Your task is to go to the F.E.A.S.T. headquarters. Go to Aunt May's office and lie down on the sofa. In the morning, watch the cutscene and leave the shelter to complete the mission and receive 250 XP.