On this page of our guide to Layers of Fear 2 we describe the exploration of starting locations in act 4 of the game. Some of the rooms you visit will be rotated and may interfere with your exploration. In several places the hero has to run away from the monster. 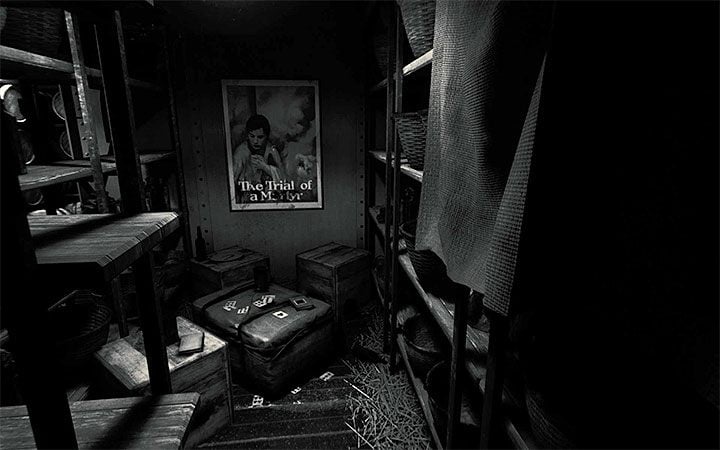 Near the beginning spot of the fourth act you will find a note. After reaching the kitchen, check the message from the head of security, lying on the barrel. Carefully examine the following areas, because in one of them there is The Trial of a Martyr movie poster hanging on the wall (as shown in the attached image).

Continue your exploration. Soon after opening the metal doors you will find an empty bag. Along the way you will need to use a lot of stairs and pass a boy sitting in a dark corner. Soon you will also start to find apples left on the floor. They cannot be picked up, but they point the way to the following locations. 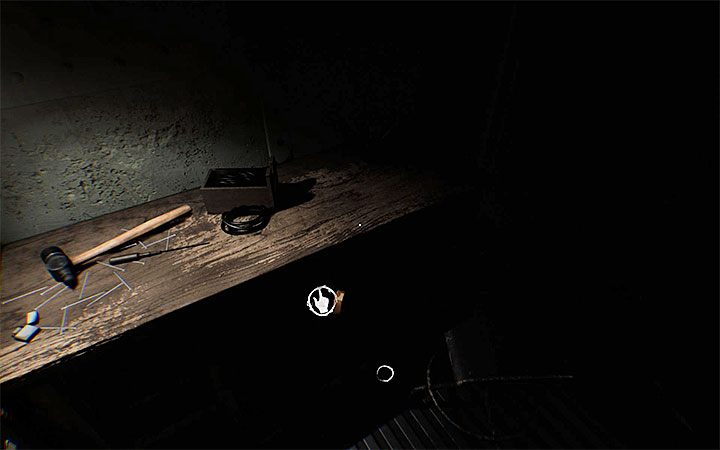 In one of the nearest areas, look in the drawer of the table, where you may find a hammer (check the image above). You will find tape #5 for phonograph. Continue climbing the stairs.

Soon, you will start visiting rotated rooms (e.g., by 90 degrees). It is necessary to look around carefully, because you can easily lose orientation or miss an important item on your way. When exploring new areas, you will also have to crouch more often, for example, in order to pass through a rotated hole in the door. 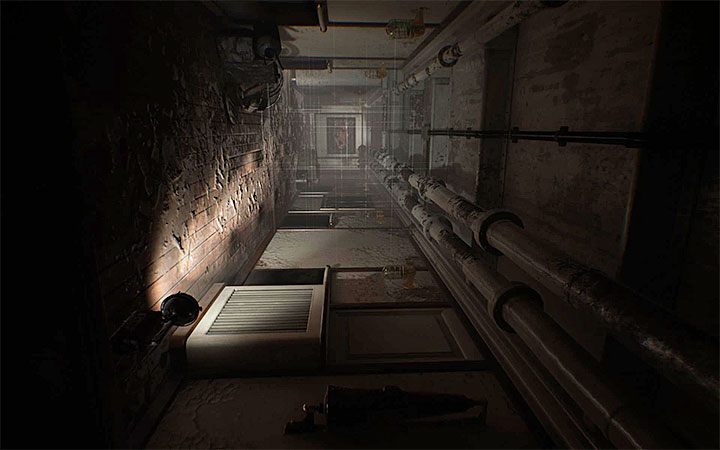 Stay alert in rotated corridor from the attached image. You need to quickly get to the opposite end, open the door in the floor and jump into the abyss. Otherwise, the hero may die.

After "landing" in a new place, open the only interactive door. You will find yourself in a room turned 180 degrees. Go to the two-sided board and interact with it to return the world to the correct state. 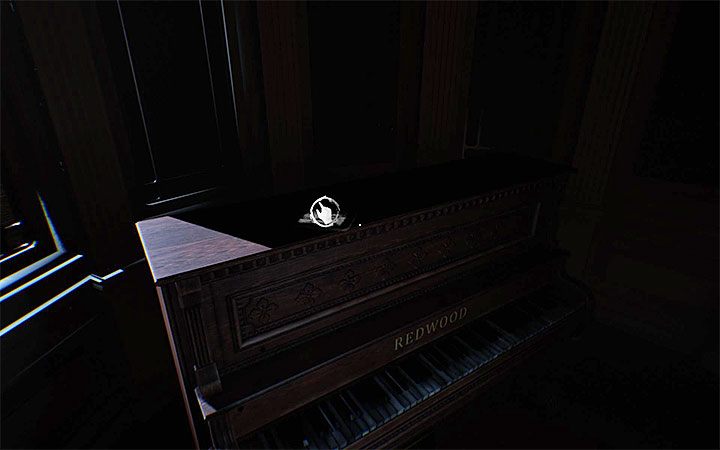 Start exploring the next part of the ship. Take interest in a piano in a less lit part of one of the rooms because there is a slide lying on it (as shown in the image). 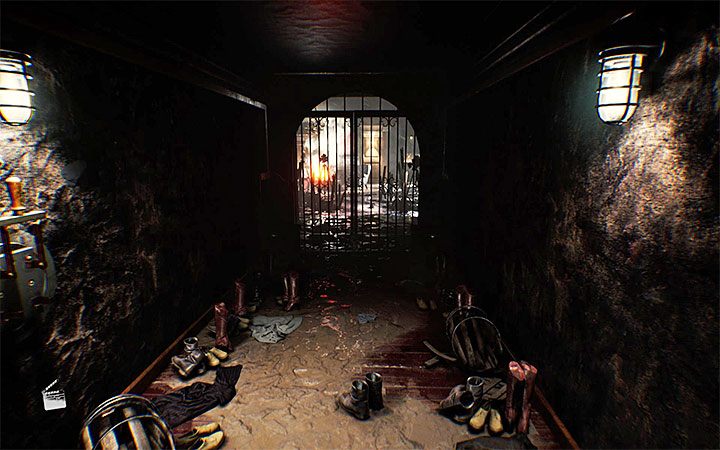 In a long corridor go straight, as the side rooms are unavailable. Again, you need to stay alert in the place shown in the image. Pull the lever, but watch out for the monster that will come out of the coffin - it can kill the hero. Start running, following in the opposite direction from the place where the monster has appeared. 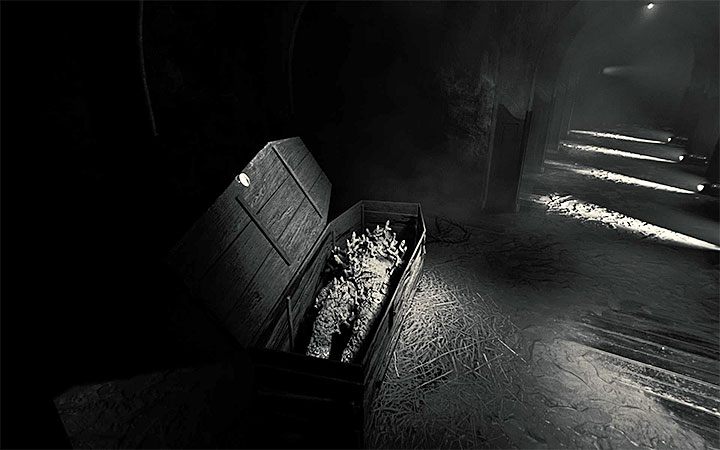 After you escape from the monster, immediately return to the area from which you came. Meanwhile, the area and surroundings have changed. Go to the coffin and close it in order to temporarily capture the monster and unlock an Closed Casket achievement related with this action. 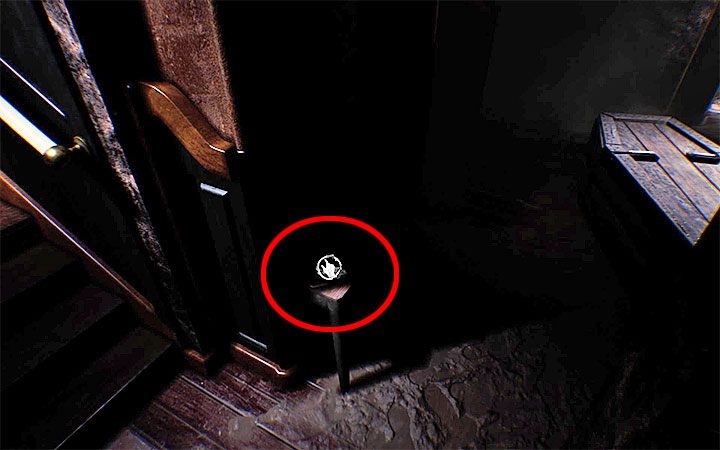 A new slide, that can be taken, is lying next to the coffin with the monster (check the image above).

Go back to the place where the escape scene ended and just start exploring the following areas.