On this page of our guide to Layers of Fear 2, we have described the kitchen exploration in Act 3. It's one of the rooms that has to be explored during the 3rd act of the game. In the kitchen, there is a puzzle with a kettle (boiler) to solve where you have to throw various items into it. 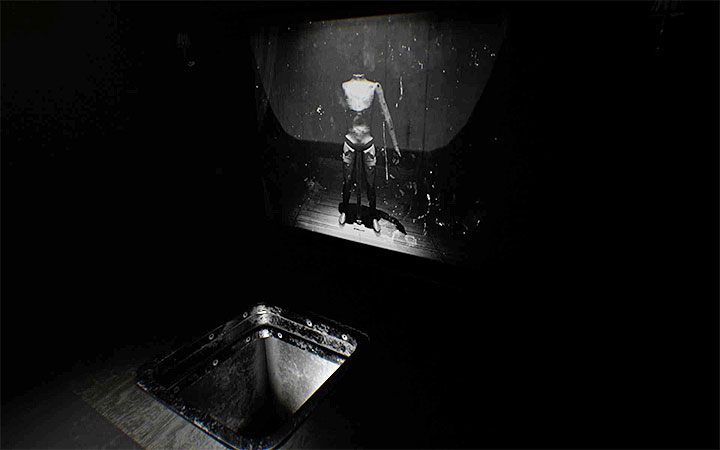 The third act cannot be started exclusively by opening the door, but by jumping to the hole in the floor, which appeared in front of the screen where the film was shown. Start making your way and explore the shell along the way. When you exit the shaft go to a large hole in the floor, jump into it. 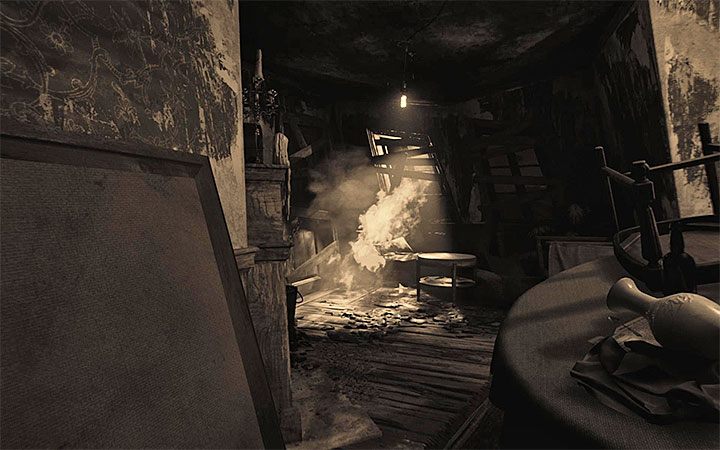 You will find yourself in a location reminiscent of the interior of the building. You will repeatedly return to it during the passage of this act to use the newly found keys in order to open previously inaccessible pathways.

Keep an eye on the window shutters when you're inspecting the house. If you stand by the shutter when it is illuminated by a monster "circling" around the house (example in the image), the controlled character will die. You will return to the last checkpoint. 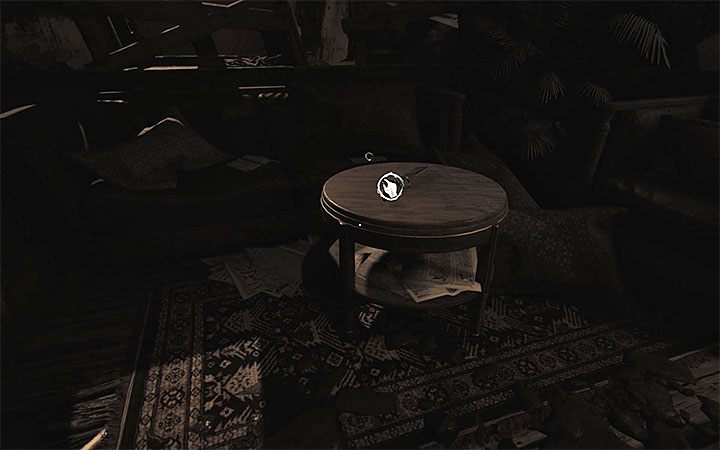 Go down the stairs (again, you can track arrows and lines drawn with chalk) and find a small table on which you will find a Kitchen key. Next you will also find a note nearby.

Go down on the lower floor, where you will find the door leading to the kitchen. You can open them with a recently obtained key. 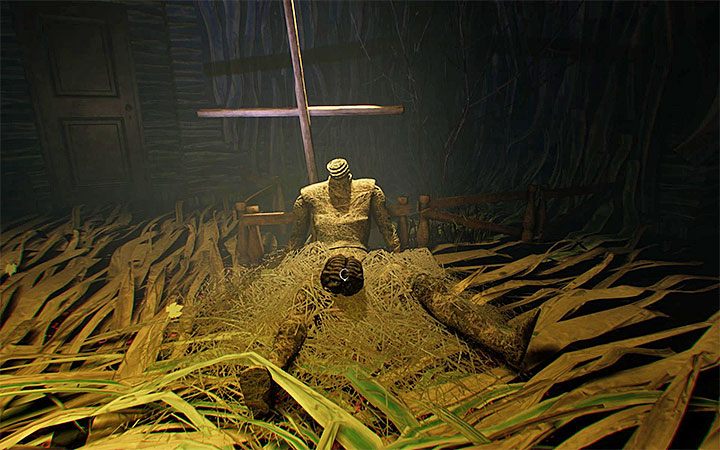 In the kitchen there is a riddle with a kettle to solve. You can leave the kettle be for the time being. Your task is to find three items to throw into the pot and cook them.

Look in the kitchen drawer and remove the drawing from it. Then go to the next area. One of the mannequins is sitting near the cross. You will find here the brain, i.e. the first of the three "ingredients" and put into the pot. Inspect the left passage and, after watching a short scene with the dummy, lift the limb. Return to the central room and inspect the right passage. Also, you need to watch the animation of the dummy. Only then take the mechanical heart. 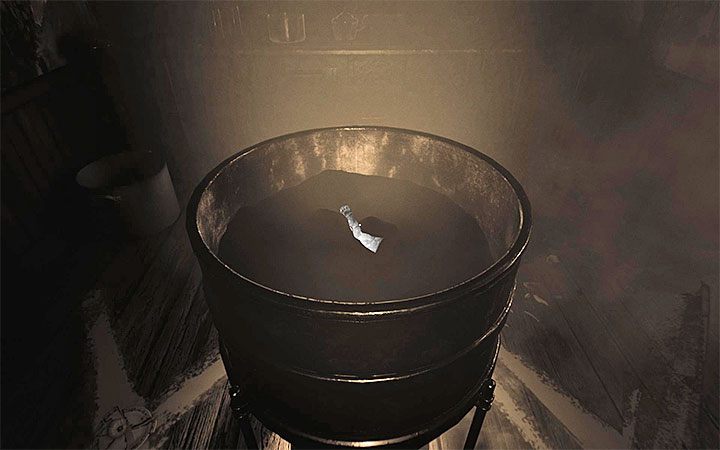 Return with all the components to the kettle and throw them one by one. In place with the mannequin sitting next to the cross, a new passage will open. It will lead you to the metal balconies. From it, you will see a mannequin watching the projection of the film.