On this page of the guide to Immortals Fenyx Rising, you will learn how to complete the next main mission, which is called A Golden Opportunity. Once you are out of the Vault, you will begin your next assignment.

Your first goal will be to go to a destroyed bridge, a marker will show you where it is located. 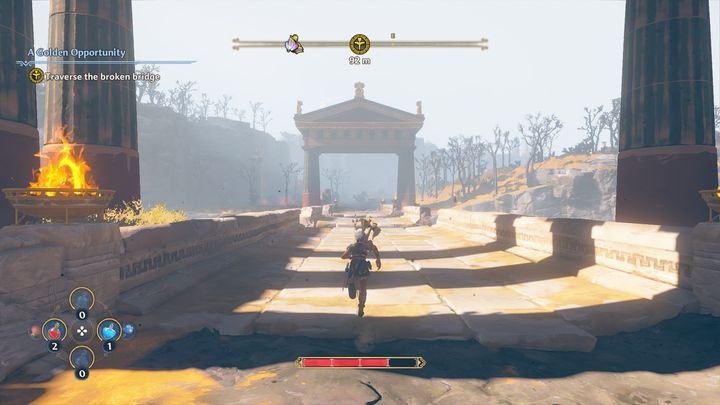 After you get to the structure, use your double jump ability in order to jump over the holes in the bridge and reach the other side. Once there, you will have to help a stranger who is calling for help. 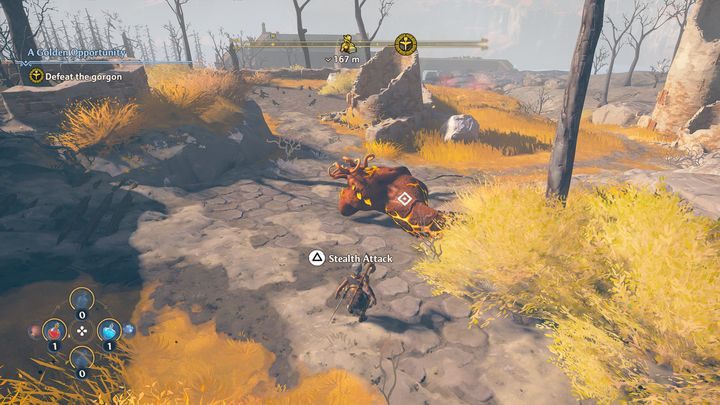 At the bottom there are two wild boars, it is best to fight them with a dagger. After you defeat them, climb a nearby wall; you will encounter a small village there and in it a new type of opponent, the Gorgon. Use stealth to your advantage and carry out a stealth attack. You will be able to execute this attack once you are close enough to the enemy. It will inflict very large amounts of damage, making your subsequent fight against an unfamiliar foe much easier. 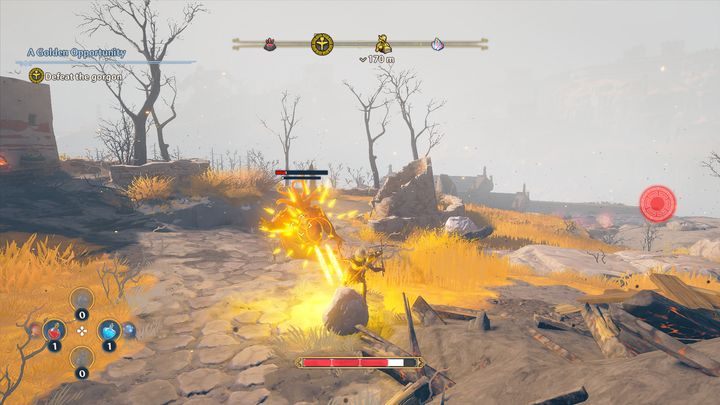 As for defeating the Gorgon itself, you need to know that it has a ranged attack, it can fire bright, yellow lasers out of its eyes. You can either parry or dodge this attack. At close range, it will attack with its tail. It can also carry out an attack that cannot be parried; the enemy will be highlighted in red while preparing such an attack. The Gorgon uses its hands to execute the aforementioned strike; it consists of 2 separate strikes. 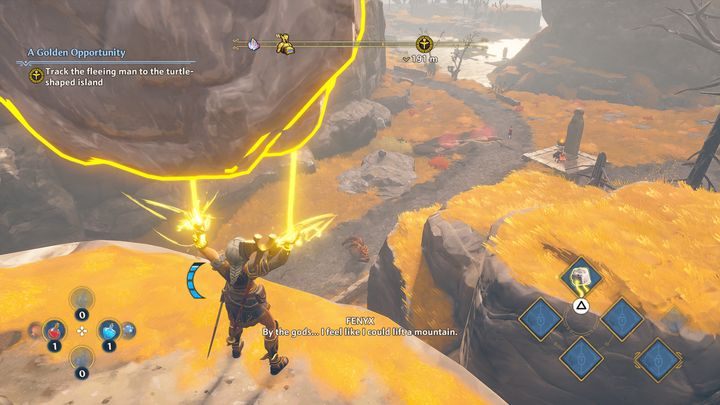 After defeating the Gorgon, you will unlock the Godly Power of Heracles' Strength, which allows you to move heavy objects such as trees, rocks or blocks. You can also throw these at your opponents. At the bottom there is a group of opponents, make the fight easier for yourself by throwing stones at them. Afterwards, go down, finish off the weakened group and follow the man who asked for your help. He will be located on an island resembling a turtle. 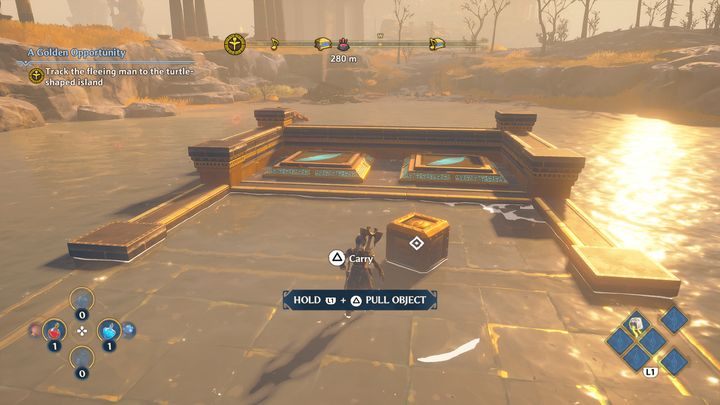 Once you reach the correct spot, the entrance will be blocked. You have to use the power of Heracles' Strenght again in order to pick up blocks and place them on the platforms with feather symbols. One of the blocks can be found on a column, the other is on the ground, near the pressure plates. Once you finish this task, the door will open. 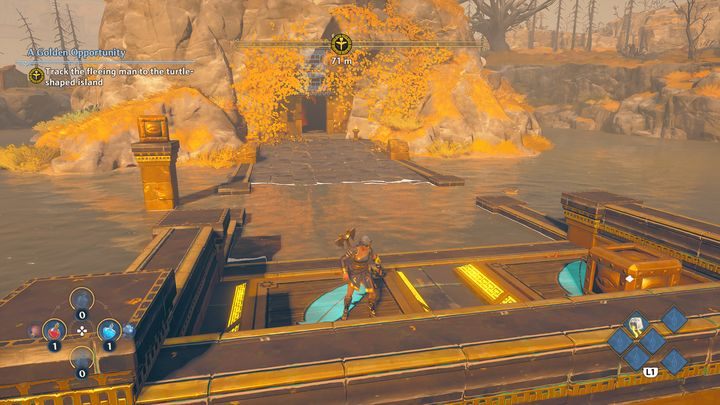 Go inside and jump into the Vault in order to start a new mission.