On this page of the guide to Immortals Fenyx Rising, you will learn how to defeat the game's first, tutorial boss, Mikros the Adorable.

This boss is one of the smaller Cyclopes; he attacks using his legs and arms, from time to time, he can also throw some of the surrounding stone blocks at you. 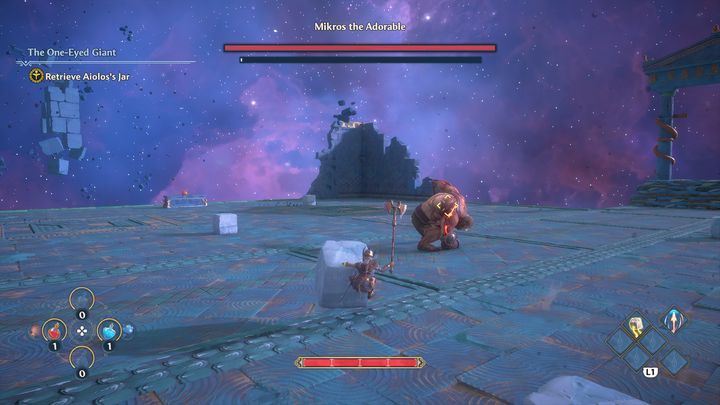 Your axe will be the most effective weapon against him. Although the boss fight is exclusively a duel, the axe will be perfect because it will consistently stun your foe. The boss will usually try to close the distance and attack you with his hands. He carries out two separate strikes, one after the other. These attacks can be parried or dodged at the perfect moment. When you do this, time will slow down for a while, allowing you to land a few free attacks. 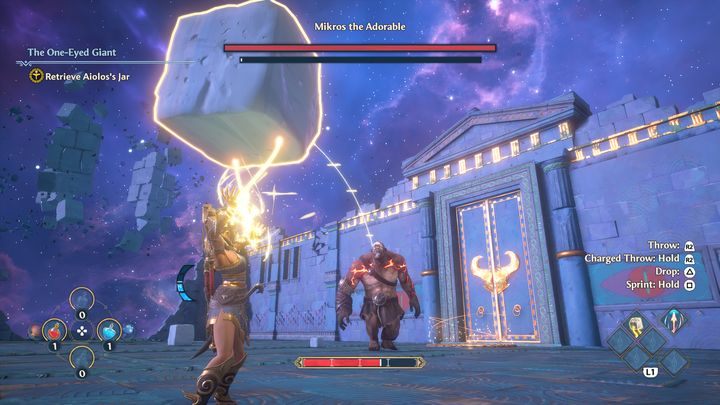 The moment the boss starts throwing blocks at you, you have two choices. The first, and the most straightforward option, involves performing basic dodges. The second technique is slightly more advanced, and therefore more difficult to implement, but also much more effective. When Mikros throws a block at you, you can intercept it in midair by using Heracles' Strength. You need to catch the block at the right time, so when you see that the boss starts a throw, move away from him a little to increase your chances of a successful interception. Then you can throw the block back at him to deal great amounts of damage. Aim at the head of the boss, specifically at the eye, to increase the damage even further. 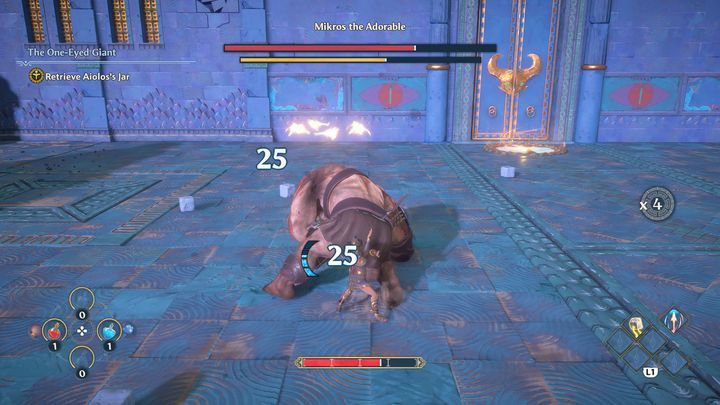 During the fight, try to mainly parry the attacks of your enemy, as this will quickly charge the stun bar. When the bar is fully charged, the Cyclops will be stunned. In this state, it will be better to attack the boss with your sword rather than with an axe. 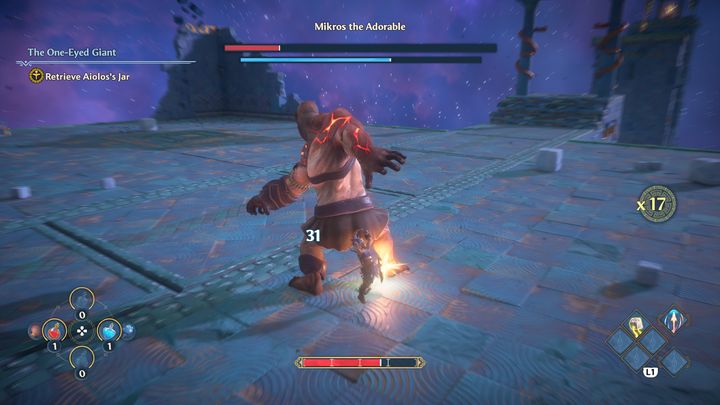 However, you should be extra careful when you can see a red outline around the boss. This means that the next attack will be impossible to parry. If you feel confident that you can sense the timing of his attacks, you can try to dodge at the perfect time so that the time slows down and you can dish out a few attacks. A safer option, however, would be to back away from Mikros when he performs this attack. He has two such attacks in his skillset. 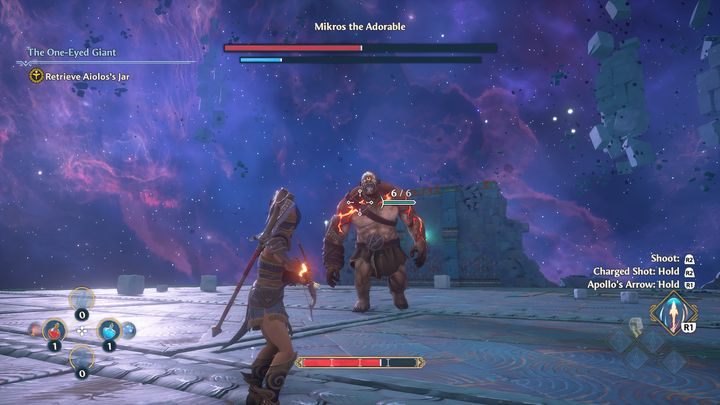 The first is a type of thunderstomp, which causes an explosion in a small area around him. Here it is best to dodge backwards. It is different in the case of his second attack. He will raise his hand high up and then smash the ground to cause an explosion in front of him. In this case it is worth to dodge sideways, or behind him to attack him from the rear. 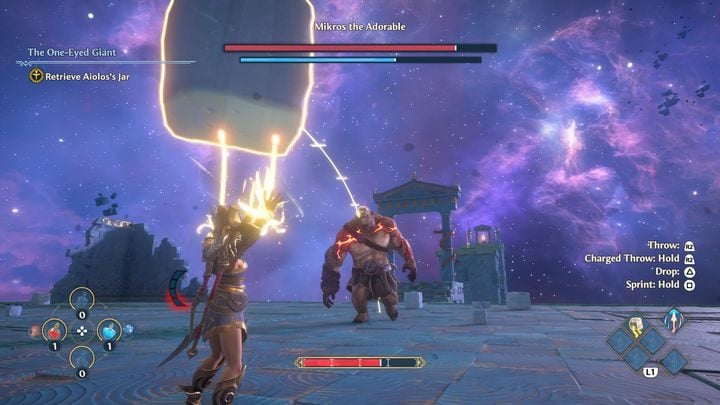 In order to deal with the boss as soon as possible, you should mainly try to parry his strikes. However, remember that you cannot parry indefinitely! Due to this, you should try to maximize your damage output by aiming for his head instead of his body.