On this page of the guide to Immortals Fenyx Rising, you will read about the combat system of the game and learn how to effectively fight against hostile creatures. 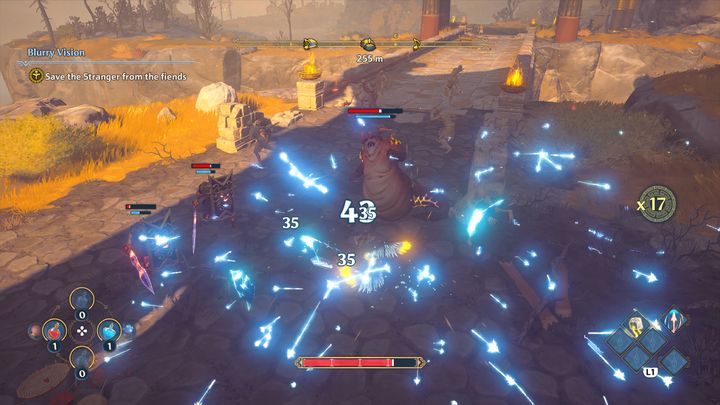 Immortals Fenyx Rising is a game that puts a lot of emphasis on combat. It is impossible to finish the game without killing any opponents, you will have to defeat numerous enemies in order to complete the main missions. It is worth paying attention to a few key elements while fighting enemies. The first is to observe the stamina bar, both yours and those of your opponents.

After the entire blue bar has been filled, it will turn yellow and begin to slowly fade. With each attack, the yellow bar will disappear faster. At this point, the enemy is stunned, and you can attack him freely until he snaps out of it. You can only stun enemies with an axe and with most of the Godly Powers. 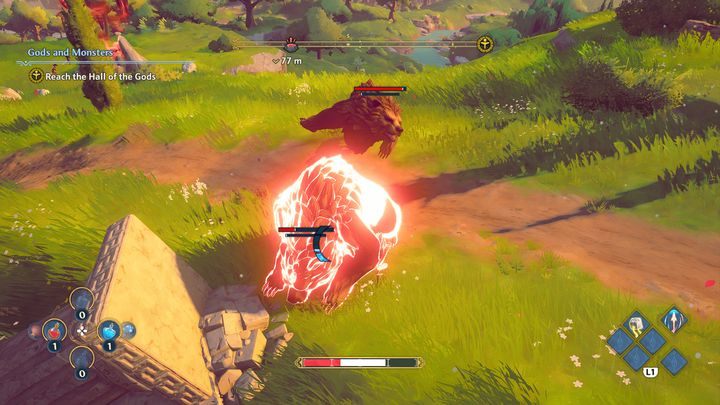 The second important combat element which is worth paying attention to comes in the form of special attacks executed by hostile creatures. When you see a red highlight around an enemy while he is executing an attack, it means that the incoming strike will be impossible to parry. Attacks like these also usually deal very high damage, so when you see an incoming blow like this, be sure to move away from the enemy to keep your character from harm. If you have perfected your dodging abilities, you can dodge the enemy strike at the perfect moment and cause the time to slow down, allowing you to attack the foe with impunity for a short while. 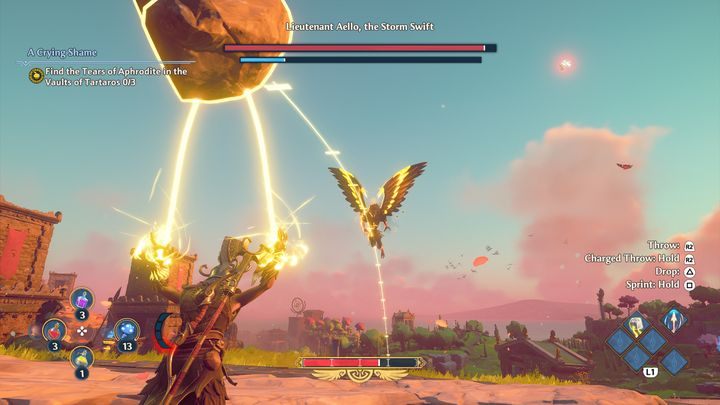 In combat, in addition to the basic weapons such as the axe, sword and bow, you also have Godly Powers at your disposal, which can grant you a huge advantage in fights against more powerful opponents. Each of them inflicts large amounts of damage from the get-go, without any upgrades. With upgrades, they can annihilate many foes at once, or deal enormous amounts of damage to a single target.

You should also remember that you can parry not just melee attacks that are directed at your character but also ranged attacks, such as, for example, the attacks of a harpy. If you parry your opponent's ranged attack perfectly, you will deflect the shot, which will then always hit the opponent who fired the projectile.