This page of our Gears 5 guide contains a walkthrough for Fighting Chance. 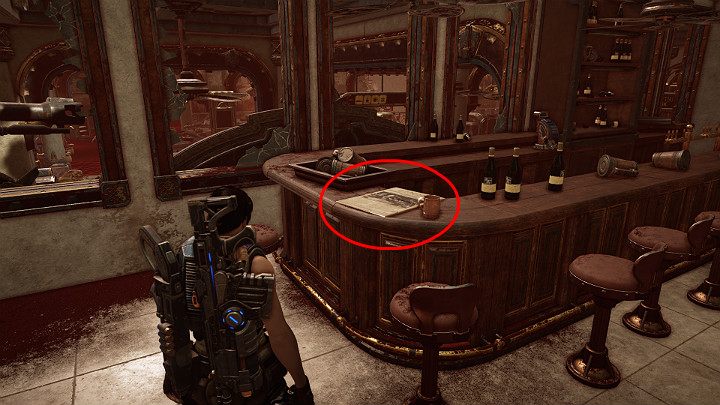 Baird leads Kait and Del to the buried ruins of Vasgar to meet with an old friend. Pick up the Corisk newspaper right after the cut-scene - this is one of the collectibles. 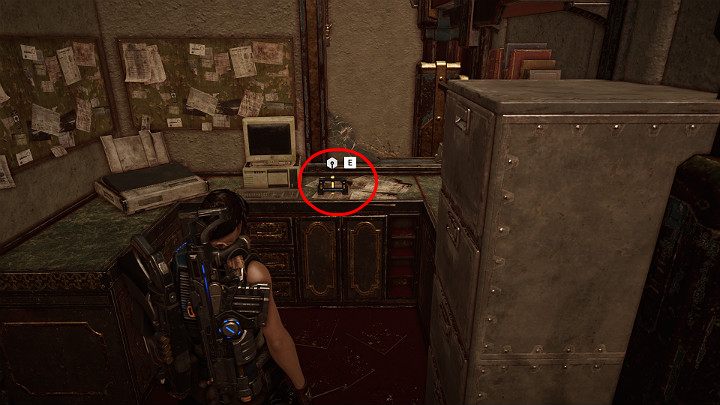 One component is in the small office behind the bar's counter. Exit the room and head towards the luggage belt. 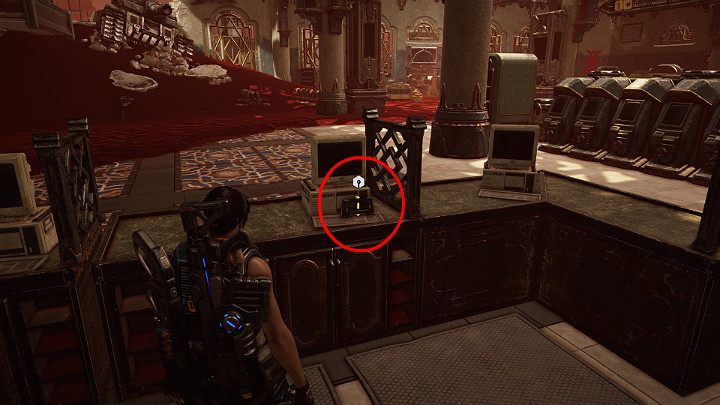 On the right, you will notice a long counter with computers. Another component is at the end of that counter. 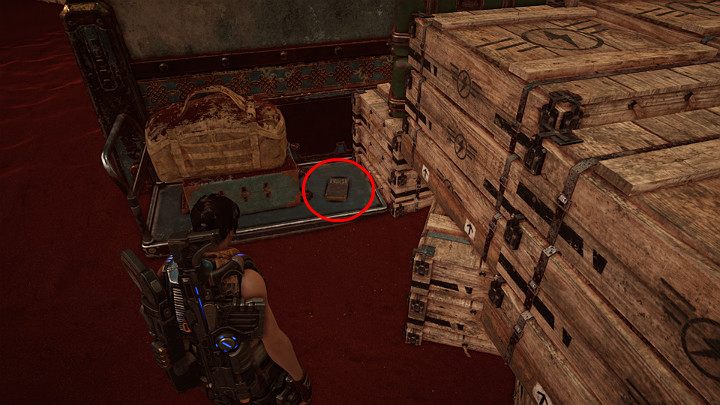 Doomed Empire, by Logan Hobbs, one of the collectibles, is on the small cart, right next to the luggage belt. 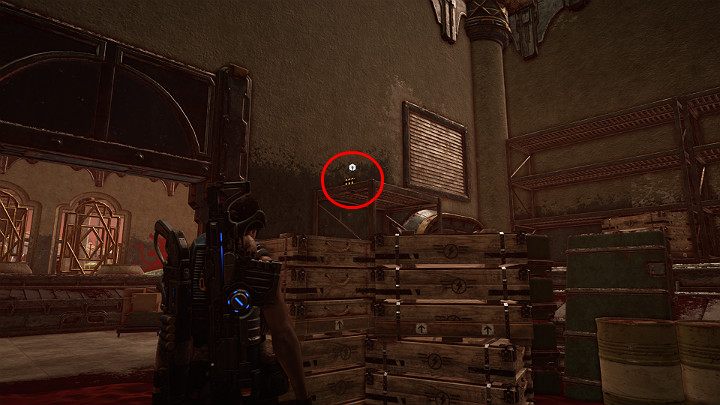 Enter the room that is next to the luggage belt. One component is on the top shelf. Ask Jack to collect it for you. 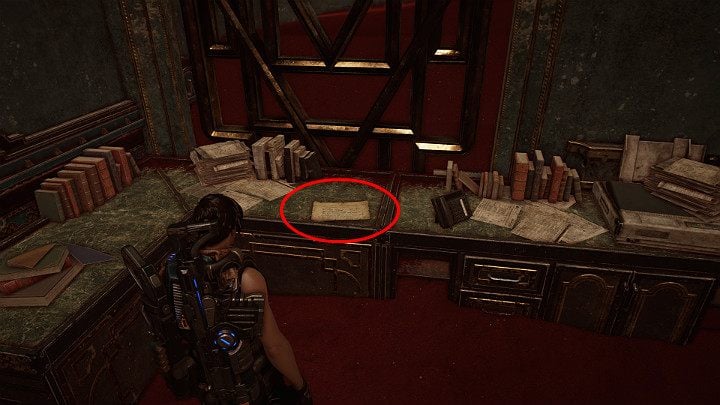 Go through the security gate on the left. Then, turn right and keep moving forward until you go into the room with computers. Open the yellow box on the left wall to get a component. Another collectible is on the desk with stacks of other documents - Missive to Agent 9. 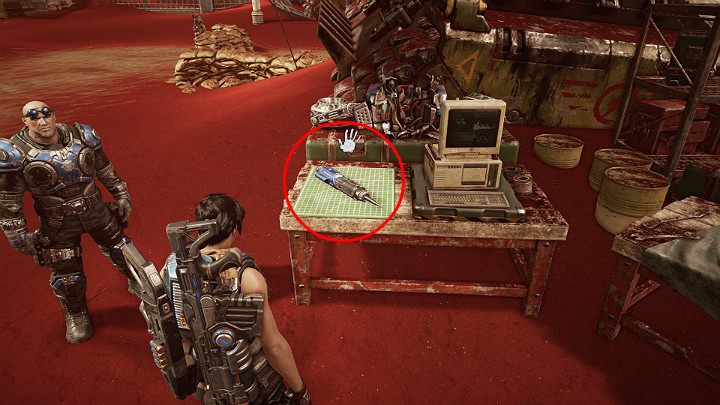 Get out of the building and go to Baird. Collect a new improvement for Jack - Hijack. 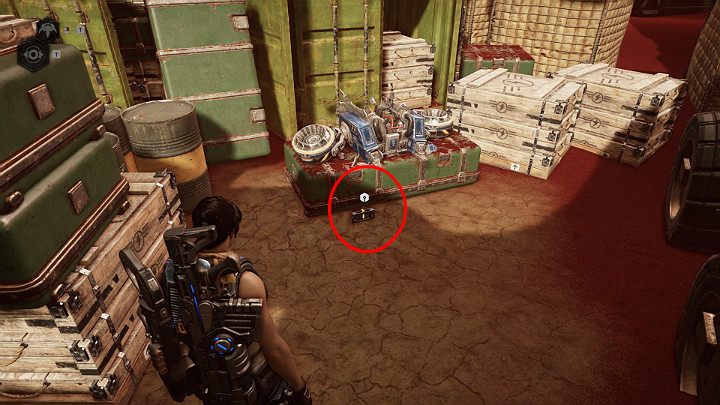 Another component is a little to the right, near the boxes and barrels. Install the new upgrade and follow Baird to test it in action. 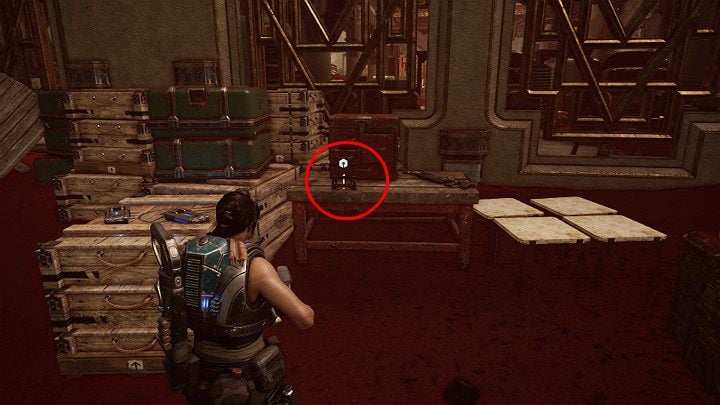 When you go outside, go past Paduk, collect the component that lies on the table on the left, and then turn right behind the container. 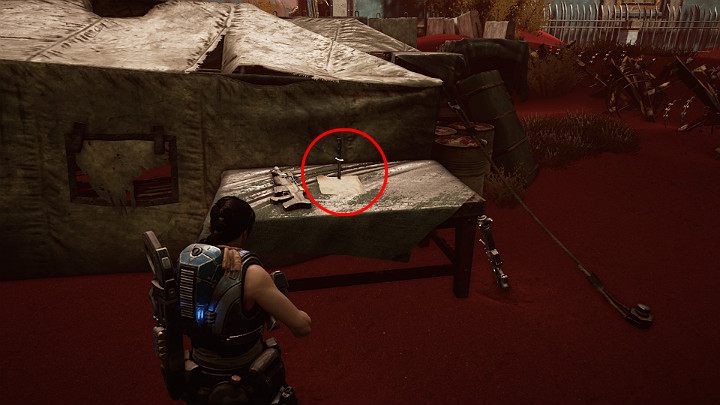 The next collectible lies on the table on the left, next to the tent - Nomads creed. 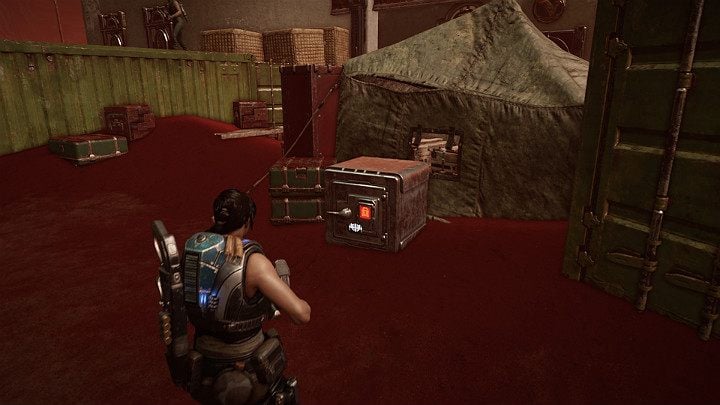 The safe behind Paduk's tent contains one component. 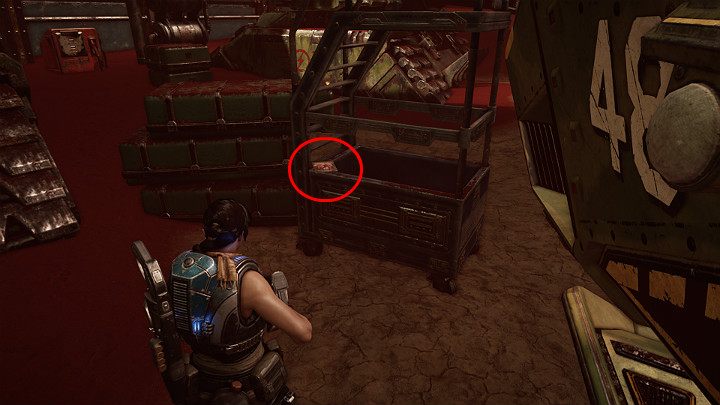 Go to hangar 4. The exit from the base is near Paduk's position. Turn left next near the tank and go forward to the gate. Another collectible is near the helicopter - The Astounding Lightning Rangers! 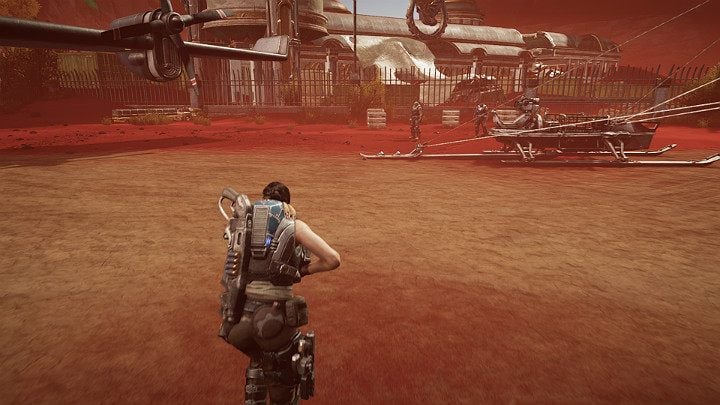 Enter the vehicle and go to the place marked on the map - to the rocket hangar. 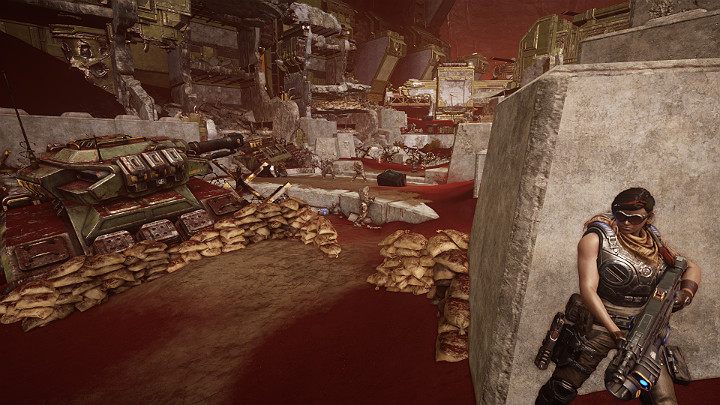 This place is guarded by a lot of monsters. Pay special attention to the turrets with machine guns located a little further on the hill. The best way to eliminate opponents using the turrets is to shoot the explosive barrels or throw grenades. The explosion will quickly eliminate the threat. As soon as you get closer to the entrance to the rocket hangar, another wave of enemies will storm your position. During the battle, shoot the barrels lying on the ground and use previously captured turrets. Go to the hangar to start chapter 2 - Rocket Plan.