- Fort Bannister is the main headquarters of Talon Corporation. This means there are a lot of mercenaries in the area. Furthermore, some of them are using rocket launchers to hunt you down. You must eliminate them before they do any real damage. There are also defense turrets and guard dogs, but they don't pose a serious threat. Sadly, the fort itself doesn't contain any unique items, similar to T-51 armor from Fort Constantine. Nevertheless, you will come across a brand new fatman if you decide to explore the central bunker.

- Instead of wasting your time inside the fort I would recommend moving west, because you'll find a large crater in this area (screen). Obviously you should explore the crater. There's a small radiation in the area (1-2 rads per second), but it's worth your efforts, because you'll find an alien blaster and some fusion cells. An identical weapon can also found in Greener Pastures so make sure to explore both in order to stack up on ammunition. 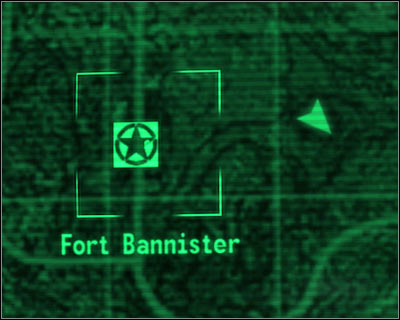 - I'm sure that your main motivation to visit this place will be to acquire one of Vault-Tec bobbleheads. This isn't the only item you should be interested in. Fort Constantine is tied directly to a subquest called You gotta shoot 'em in the head, so before you decide to explore the inside of the fort make sure that you have three special keys - from Dave, Ted Strayer and Dukov. Don't forget that you can acquire the keys from Crowley if you gave them to him earlier.

Once you've reached Fort Constantine you should ignore a large road leading to the top of the hill, because you would have to fight a lot of robots along the way. Instead you choose locate a small hut which will lead you to Fort Constantine - CQ quarters. Enter the building and use the stairs to get down to the basement. Examine the contents of the safe. Collect a figurine and launch codes. Now you may proceed towards the first locked door (screen). Use one of the keys to open the door and travel to Launch control bunker. 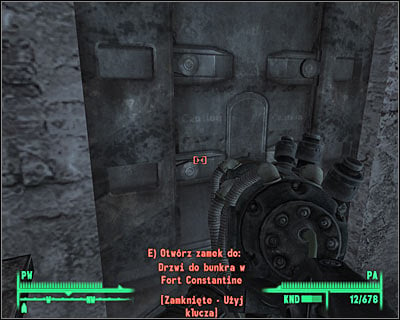 Keep pushing forward and eliminate anyone who stands in your way. You'll be dealing with all sorts of robots, including robobrains and sentry bots. Don't forget to explore surrounding rooms, because most of them contain useful items. Each time you've explored an area use the stairs to get to the next one. Eventually you'll get to a door where you'll have to use the second key from Crowley's quest. Travel to Bomb storage. Proceed to the left door after reaching this new area. Use the final third key and you'll find yourself standing inside some kind of a laboratory. Collect the fatman and a few mininukes. After that approach the terminal (screen) and unlock access to a prototype armor. You may finally collect T-51b power armor and T-51b helmet. Now you have to decide whether you want to keep exploring the fort on your own or go back to the surface. 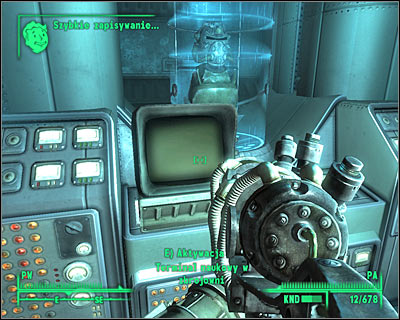 - Fort Independence is the main base for brotherhood outcasts. They should be neutral towards you when you visit this area for the first time, however this can change if you decide to enter the fort. Once you've arrived at Fort Independence you're going to be greeted by Defender Morgan. You can talk to her right away or you can assist brotherhood outcasts in dealing with the raiders. If you're polite enough, Morgan will allow you to talk to Protector Casdin.

- Protector Casdin will have an interesting assignment for you. He's interested in acquiring new technology and he'll pay you for each invention you decide to bring him. You should also know that he can pay you in 5.56mm ammunition, stimpacks, frag grenades and RadAway's. Casdin is interested mostly in various types of power armors, including the unique models. You can also bring him motion sensors, laser rifles and plasma rifles. I wouldn't recommend giving him an alien blaster which you may have found by now, because you'll need this weapon to take down strong creatures and his reward isn't good enough.

- If you want to take a peek into Fort Independence, you'll have to acknowledge the fact that all brotherhood outcasts are going to become hostile towards you. In this case you should start by eliminating all the people standing in front of the entrance, including Morgan and Casdin. Check their bodies and you'll find an access card to the fort. Use the card to gain access to Fort Independence. I guess you won't be surprised to hear that more brotherhood outcasts will be waiting for you inside the fort. You shouldn't fight more than two of them at the same time, because they're heavily armored and they're using powerful guns. Located a door leading to a Lower level. Continue exploring the fort. Your final destination should be an armory. Look at my screen if you somehow can't find it. There are a lot of useful items inside the armory, including a minigun and plasma rifles. The most precious item here is a weapon called Miss Launcher. Basically it's a rocket launcher, but it works more like a grenade launcher. Don't forget to collect ammunition, explosives and medical supplies from the armory. 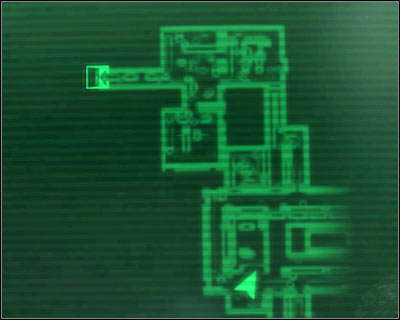