Received from: Hannibal Hamlin [Temple of the Union] or Leroy Walker [Lincoln Memorial]

Solution: There are two ways for you to begin this quest. You can start by visiting Temple of the Union or Lincoln Memorial. I would recommend starting with the temple, because it's much more accessible, it'll take you less time to do what has to be done and you'll know that you've reached all available endings.

Don't forget to check the second chapter of my guide for some additional information on how to get to the Temple of the Union. Once you've agreed to help, Hannibal will present you with two separate tasks. Start off by going to Cabel Smith. Talk to him and you'll find out that he needs a picture or a painting of Abe Lincoln's statue. In order to acquire such data you are sent to the Museum of History. Leave the Temple of the Union (you can't fast travel while you're inside or in close proximity to the temple) and plan your route. Once you've arrived at your destination, head on to the main gate and enter the Museum of History. Ignore the main hall and proceed to a door leading to Museum of History - lower levels. There are a lot of feral ghouls waiting for you there. Watch out for a new types ghouls called glowing ones (screen). They can be quite deadly if you allow them to get closer. You should also avoid fighting too many monsters at the same time. 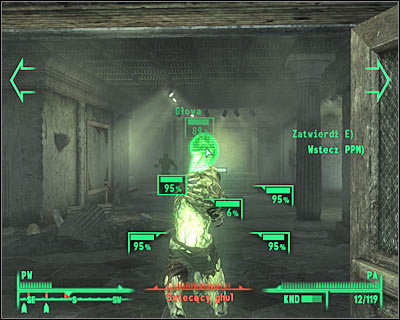 You will now have to explore the entire lower level of the museum. Be on a look out for safes and ammo stashes. You can also focus on finding collectibles connected to Abe Lincoln. Watch out for unpleasant surprises, such as bear traps. Eventually you'll have to get to a door leading to Museum of History - offices. Not much will change here, besides the fact that you'll be dealing with even more hostile creatures. Check the screen - take Abe Lincoln's figurine, because you might need it to finish a small part of this quest. You may ignore searching for it if you've already acquired something else tied to Abe Lincoln. 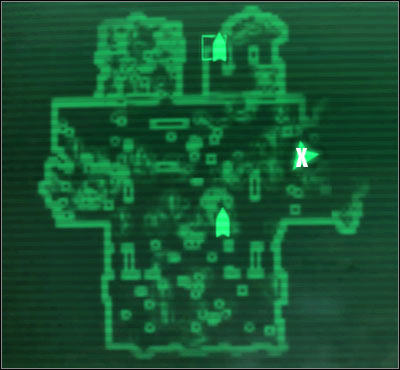 Your next objective is to fight your way to the southern section of the offices. There's a locked door blocking your way. Use bobby pins to open it or locate a security terminal and hack into it. If you have a high science kill you may also consider reprogramming the turrets in order to get rid of other feral ghouls without actually having to fight them. Your objective can be found in the southern room, near the stairs leading to the upper floor. Look at my screen if you're having some difficulties finding the painting. Take Lincoln Memorial poster and go back to the Temple of the Union. Talk to Caleb. He will now direct you to Lincoln Memorial. 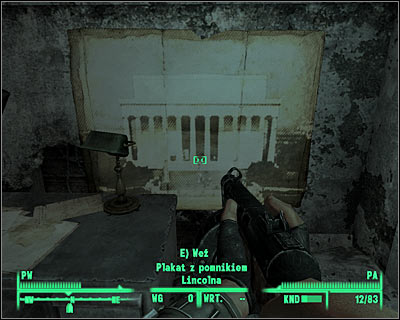 Once you've reached your current destination, try getting closer to the monument and you're going to be stopped by Silas. I wouldn't recommend attacking him nor his colleagues, because you will be given an opportunity to choose an ending for this quest. Follow Silas to the back room, marked as Memorial maintenance room. You'll meet Leroy Walker here who is the leader of the slavers. Talk to him and decide what is your next decision going to be.

If you plan on lowering your karma you'll want to join the slavers. This means you'll have to tell Leroy where Temple of the Union is located (screen). It was important that you visited this area in the past, so you won't have to lose time searching for it now. You can also mention that you've found artifact or artifacts tied to Abe Lincoln. Hand him over the action figurine found in the Museum of History, as well as other objects you may have collected. You must now travel to the Temple of the Union in order to help the slavers to get rid of Hannibal and his friends. Obviously you shouldn't waste your time trying to go there on foot. Instead, fast travel to the temple and wait a few hours (or even a day) if Leroy and his crew didn't show up. Join the fight, but let Leroy kill Hannibal and he'll reward you with 100 bottle caps. 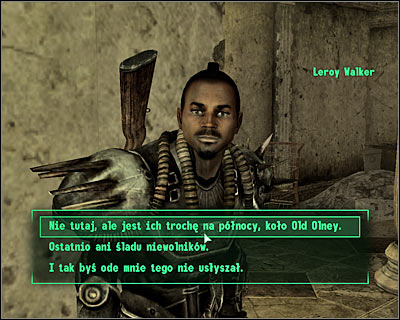 If you plan on raising your karma you must help Hannibal and his friends to secure the memorial by getting rid of the slavers. You'll have to secure the entire area before you'll be allowed to go back to the temple. I wouldn't recommend choosing main stairs to the building, because they're well guarded. Instead, circle the structure and look for larger boulders (screen). Be careful while trying to get on top of them, because there may be traps (landmines) out there. Use your primary weapons to get rid of all slavers. It shouldn't be a problem, as long as you don't fight more of them at the same time. Wait for a confirmation and go back to the Temple of the Union. You must inform Hannibal about two things - that there weren't any supermutants in the area and that you've been able to kill all slavers. Hannibal will ask you to meet him near the memorial. Wait one day and go there, but instead of travelling to Lincoln Memorial choose a nearby subway station from your list - Mall northwest metro station. Hannibal will thank you for all the help you've done and he will also reward you with a schematic for a dart gun. You may sell him Abe's figurine if you want to, but you won't get a lot of bottle caps for it. 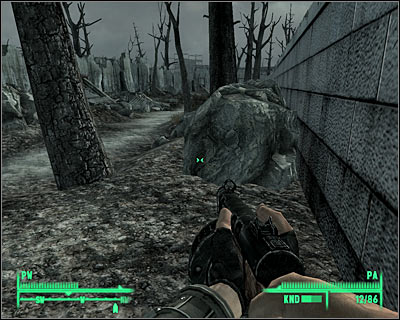