After receiving Legate rank as a member of the Clerics in Elex you can try to be promoted to Regent. Here, you must also meet with William and fulfil his requirements:

How to unlock this quest: Speak with Balder in The Hort. 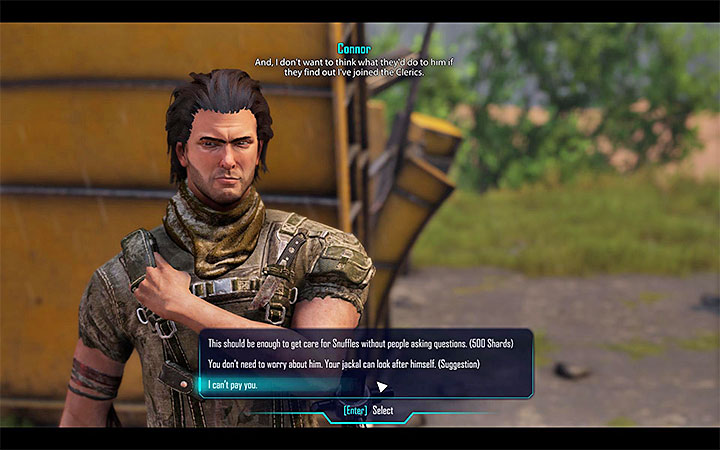 The choices that you can make during the conversation with Connor

Balder wants the main hero to help him in recruiting new people that can join the Clerics. Because these people are from the Outlaws, you will need to use the previously unlocked Suggestion ability.

Connor can be found in a gas station in Tavar Mountains located on Tavar and Abessa's border. You can recruit him in three ways – pay him 500 Elexit, use 2 Charisma points (you must reject paying him first) or you can use Suggestion ability (25XP). Don't try to use the most aggresive variant because this will cause a fight during which Connor can die (100XP). 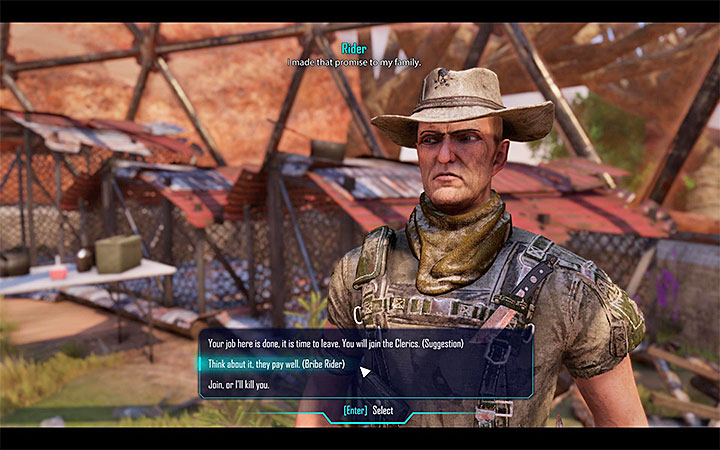 The choices that you can make during the conversation with Rider

Rider is inside of a huge greenhouse south from The Fort. When you get there, you can notice that he fights with Jackals. Help him before he gets killed. After that you can speak with Rider. You can pay him 100 Elexit, threaten him (he will obey without a fight) or use Suggestion ability (25XP). 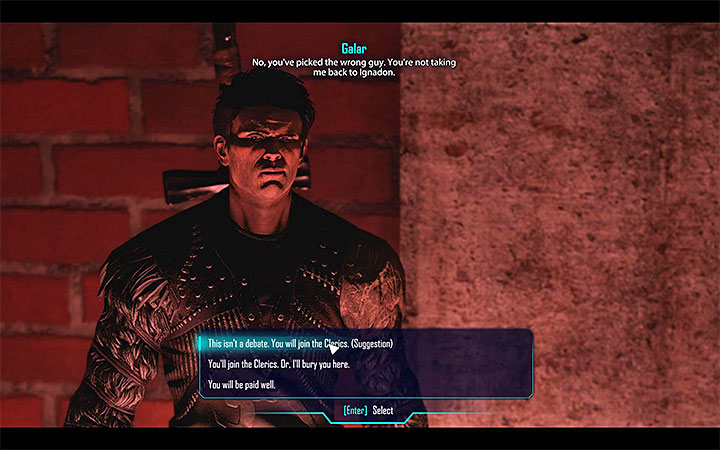 The choices that you can make during the conversation with Galar

Galar is inside of ruins, located in Edan south from Valley of the Damned, that are occupied by Exiles. You can't bribe him. You can either use the Suggestion ability (25XP) or provoke him to a fight. Unlike in Connor's case, defeating Galar only knocks him down (300XP) and after that he promises you that he will join the Clerics.

How to unlock this quest: Speak with Hagen in The Hort. 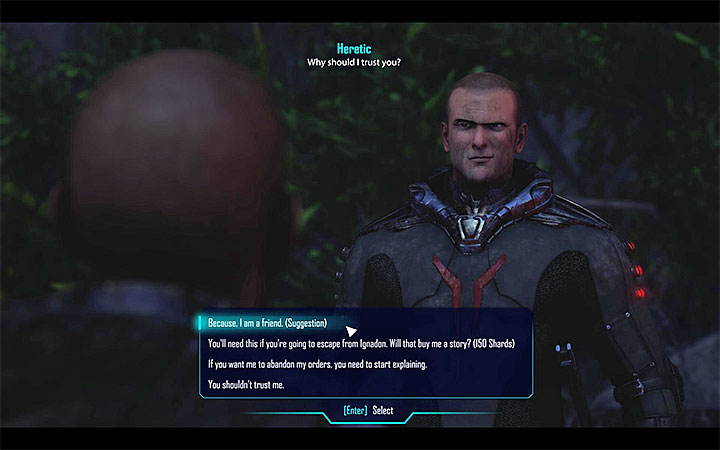 Kill the Clerics or you can let them live. If you do that, you will have to lie to Hagen and Reinhold

Hagen wants Jax to track down and kill the heretics who murdered Clerics and escaped from the city. Their hideout is located in the mountains, south-west from the Hort (watch out for lava and strong monsters!). You can speak with one of the heretics and use Suggestion on him or give him 150 Elexit in order to get his trust. After listening to his excuse, you can let them stay hidden and lie to Hagen and Reinhold by telling them that the heretics were eliminated.

The more obvious way of behaving is to kill all heretics. You can either take them by surprise or you can attack them after having a conversation. There are a lot of heretics in the hideout but only some of them can fight and they aren't challenging at all. Each dead heretic gives you 100XP. After that you can go back to Hagen and inform him that you completed the mission. Then, you can go to Reinhold – you will receive 3500XP and 500 Elexit.

Complete all of the quests described above and reach, at least, level 25. After that you can go to Reinhold and ask him to promote you to Regent rank. You must pay him 1000 but if you completed all quests correctly then he will give you 400 Elexit back. After that you receive 5000XP. The Camp Master now offers new Regent armor elements (Regent's armor costs 20000 Elexit and offers +60 to parrying and +30 to armor, Regent's pants and helm costs 5000 Elexit each).