Locked Out is one of side quests in Elex and you can unlock it during your stay in Abessa. Completing it gives you permanent access to Domed City. You can enter the city in a few different ways.

How to unlock this quest: Speak with Gregor near the entrance to Domed City. 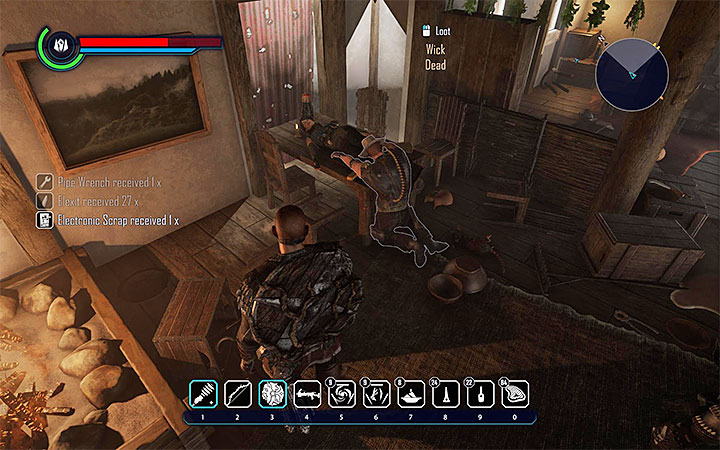 Search Wick's body in the hut with rats

A guard, called Gregor, who belongs to Clerics faction, guards the main entrance to Domed City. You learn from him that only those who have ID cards can enter the city. In order to solve this problem, you must go to a small camp east from the city.

There, you must meet with Hunter. He informs you that you need to get a counterfeit ID card. Wick has them and in order to find him, you must go north from the camp. You must reach hunter's hut located on top of a hill but be careful because a group of Mass Rats will come out from it. They aren't that tough but don't allow to be surrounded by a big group of them. When the fight is over you can enter the hut. Inside, you find murdered hunters. Search Wick's corpse and you will find Set of ID Cards (200XP). 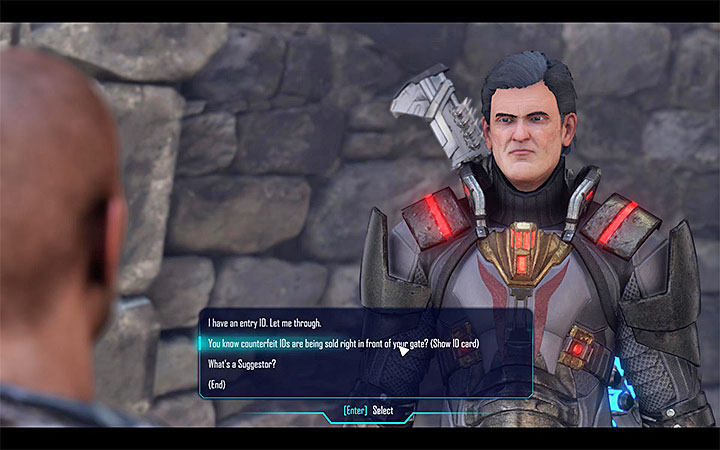 Take the cards back to Hunter (400XP) and listen to his plan that will allow you to get inside of the city. You receive a Counterfeit ID Card and Cooper’s ID Card for one of the people in the city. You can now go back to Gregor and choose how do you want to act:

If you got inside Domed City by using a counterfeit ID card then you must meet with Cooper. Give him his card that you got from Hunter (300XP and 80 Elexit). After that, you can go back to Hunter and receive 95 Elexit.