This chapter contains walkthroughs of side quests in Elex that can be unlocked in Tavar (that’s the desert part of the world, controlled by the Outlaws from their base in the Fort). We’ve only included there these quests that are not started in The Fort (these can be found elsewhere in this guide).

How to unlock the quest: Talk to Kid, near the Converter in Tavar. 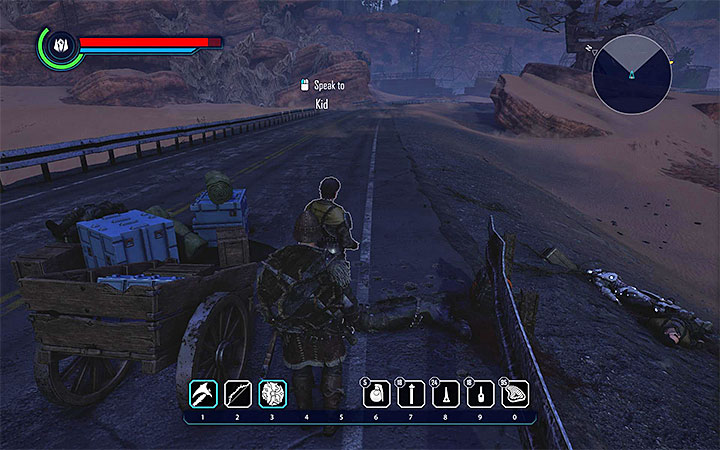 In order to unlock this quest, you have to explore the area of the Converter in Tavar. Somewhere along the big road going out from The Fort, you will encounter the shattered caravan shown above. Talk to Kid to learn about the Albs’ ambush and offer him help in reaching the Outlaws base (Kid will follow you until the quest is finished). Start by examining the nearby area and finding the five Goods Crates (two of them are hidden in the sand) (200XP).

You can reach The Fort by following the highway or walking cross-country – avoid stronger monsters; Kid has to survive. Enter the Fort through any gate (just mind you that Spike is guarding one of them, right?). After entering the city, Kid will kindly thank for your help and you’ll receive 400XP along with 300 Elexit.

You can meet Kid again in the house of pleasures in the Fort. When you walk into the nightclub, he will be arguing with Hank, who will presently shoot him dead. You can talk to Hank. Apart from asking about the reason to shooting Kid, you should also tell him about the crates you’ve collected earlier. You will get 1000XP.

Medicine for the Hunters

How to unlock the quest: Talk to Scrappy, near The Fort. 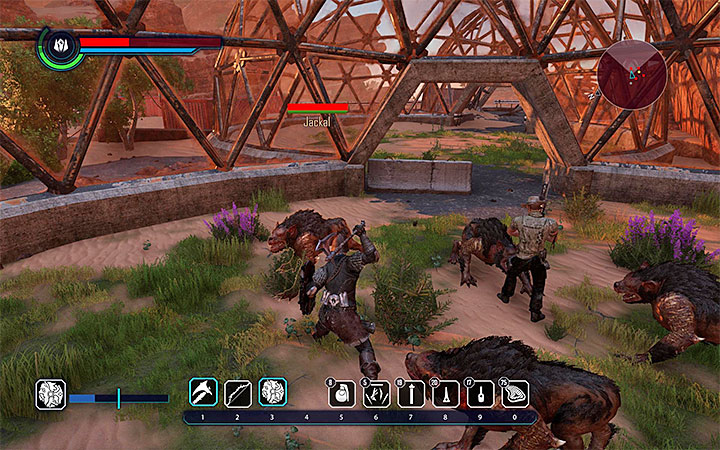 Join the fight with the jackals in Rider’s greenhouse

Scrappy is in the junkyeard adjacent to the southern walls of The Fort and during your meeting you can offer help in getting the meds to Rider, which Scrappy hopes to exchange for food. You will get 10 Pick-me-up Stim.

Rider is in the big greenhouse south from The Fort and after reaching there, you will se he’s fighting numerous Jackals. Help him defeat the monsters before its too late. After you finish, talk to Rider and give him the meds. You will get 400XP, 100 Elexit and 20 Raw Meat for Scrappy (you can also trade with Rider). Go back to Scrappy with the meat. You get 400XP and be able to trade with Scrappy. You can also receive an award for finishing this quest – 58 Elexit, chems (3x Pick-me-up Stim) or a weapon (Crossbow).

A Test of Courage

How to unlock this quest: Speak with Roger near the Converter in Tavar. 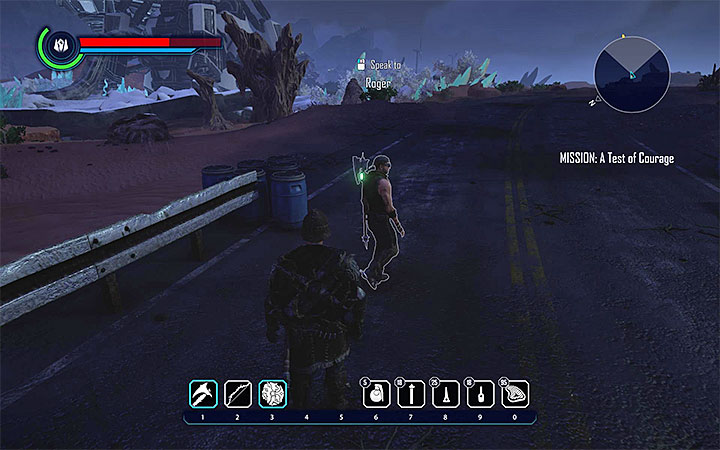 The place where you can find Roger

Roger can be found near the Converter in Tavar located north-west from The Fort. The man should stand on one of the big asphalt roads. He can give you a quest during which you must retrieve Energy Amplifier device located inside of the converters.

This quest should be done when you have a higher level because the converter in Tavar is occupied by Alb warriors. The first few enemies can be encountered near the entrance to the converter. The rest waits inside of it. 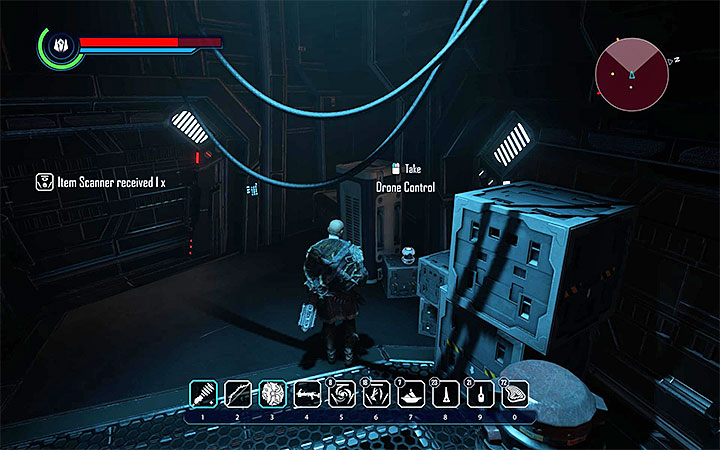 Use lifts to reach new floors. Your goal is to reach a floor with closed doors that are presented in the picture. If you want to open them, you must use Hack ability (the code in our case was 3729). This room is filled with high radiation which means that you should protect yourself or enter inside only for a short moment. Take Energy Amplifier from the table on the left (400XP) and go back to Roger (he has a camp in the area). You receive 700XP and 120 Elexit.

How to unlock this quest: Automatically after reaching the Converter in Tavar. 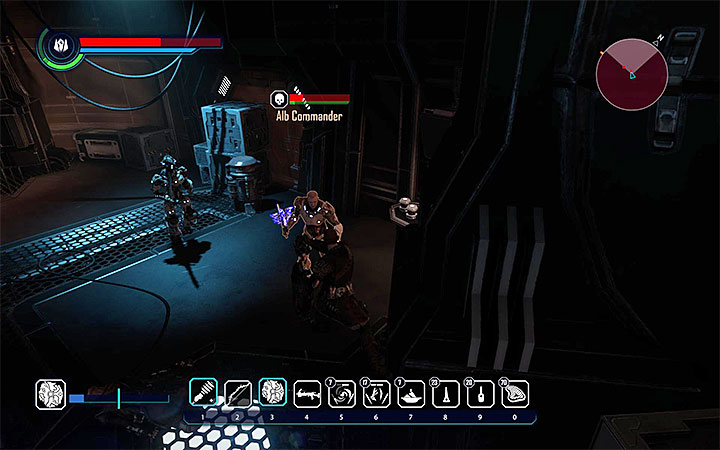 You must defeat Alb Commander and the robot that accompanies him

It is recommended to start this quest after meeting with Sestak in Converter in South Abessa, which happens during Refuge of the Separatists main quest, because only then you can get access codes that are necessary to turn off converters in other parts of the world.

The converter in Tavar is one of the better defended ones and during your exploration of that place you can come across high level Albs and drones (destroy them before you receive too much electricity damage or reprogram them). This means that you shouldn't visit that place too soon. Use lifts to reach new floors. They allow you to reach the "boss" – Alb Commander. Try to weaken him as much as possible before his Combat Robot joins the fight. 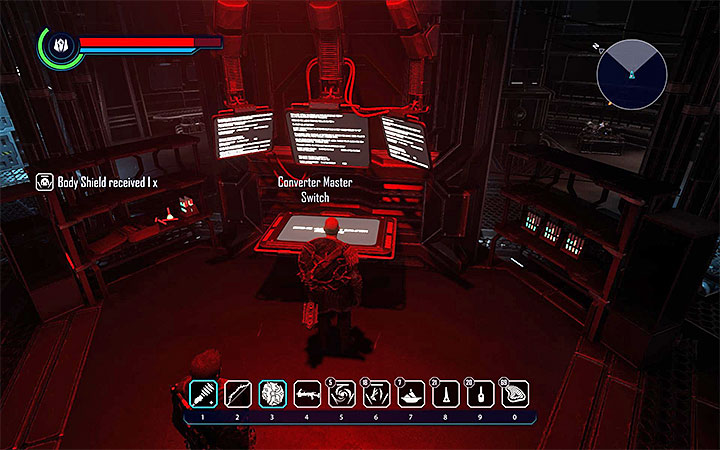 When you defeat the Commander (300XP), you must find the big red console presented in the picture. Use it to turn the converter off (2000XP).

Warning – Before you leave the converter, you should examine a platform on its rooftop. There, you can find many valuable items. Among those items you can find, e.g. Elex Drinks (free bonuses to development of your character).

How to unlock this quest: Speak with Connor in a gas station in Tavar Mountains. 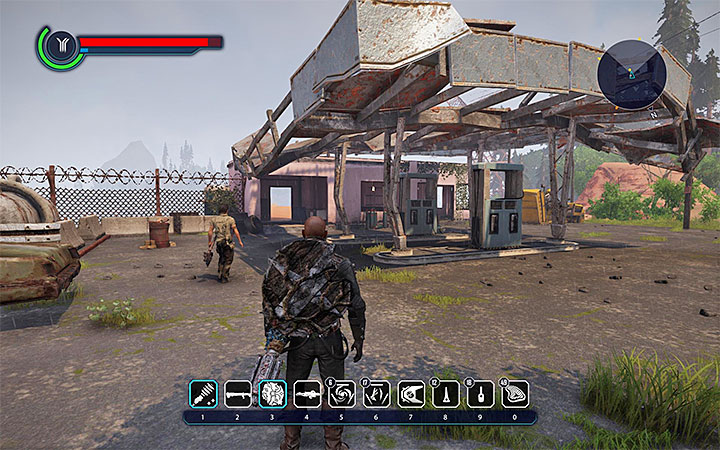 Gas station in Tavar Mountains is located in north-west corner of Tavar (on the border with Abessa) and this place is presented in the picture. Here, you can meet with Connor who is accompanied by a tamed jackal. Ask him about goods and then tell him that you can bring meat. You must give him 6 pieces of Raw Meat. This is a simple task because Raw Meat can be collected from numerous monsters (including the weaker ones). For your actions you receive 200XP and 80 Elexit.