Through the Ice Desert is one of the main quests that are unlocked at the beginning of the fourth chapter in Elex. This quest is part of the preparations for the attack on the Ice Palace and during it you must kill all Alb Commanders that are still alive. 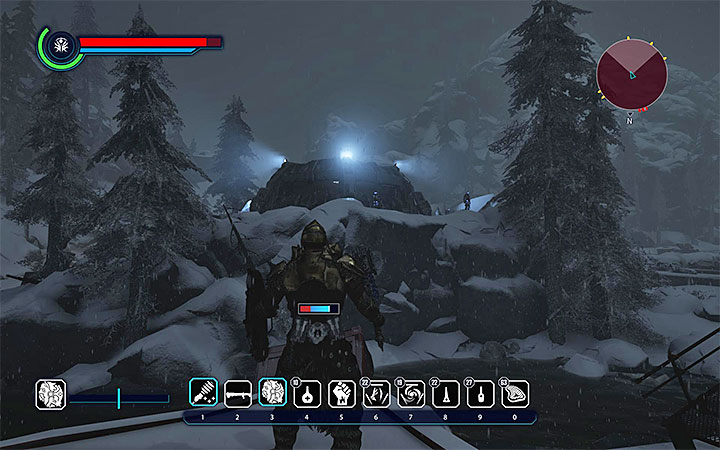 In default, the Commanders hide inside of small bunkers in Xacor

Thorald gives you a list of six Alb Commanders that are in Xacor and defend the Ice Palace. Your targets can be reached in any order and you should prepare yourself – they will be guarded by other soldiers. You should pay extra attention to Fighting Colossus mechs – you don't have to attack them if you don't need to. The Commanders hide in small bunkers. You can use ranged attacks to lure them out and separate from the rest of the enemies. You don't have to kill all enemies in a given location, just focus on the Commanders marked by the game (you should also search corpse of each one of them).

Each dead Commander gives you 175XP and killing them all rewards you with 7000XP. Return to Thorald and give him your report.