Outlaws live on Tavar desert and their main base is located in The Fort. The faction values freedom of a unit - everyone follows their own path and is their own ruler. Display of weakness can be quickly used and result in loosing valuable items or even life. Their attitude towards Elex is not specified. 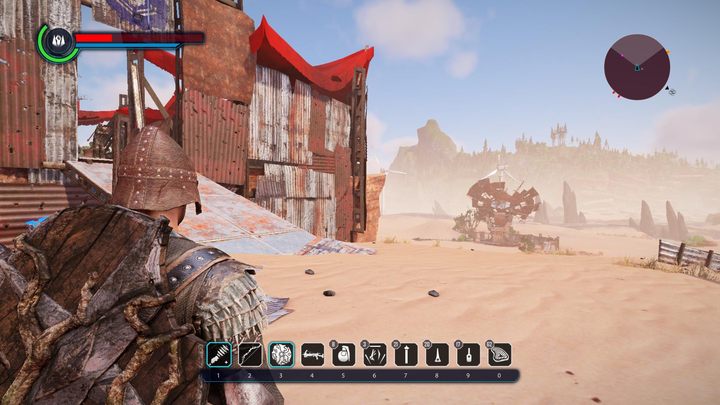 Their favorite weapons are grenades, rifles or rocket launchers but they also use melee weapons. What distinguishes them from other factions is their view on stimulants - chemical substances that increase physical abilities of a user. Chemicals help them in regenerating health, increasing their damage, resistance or it can even help them in finding items. Joining the Outlaws allows you to use those stimulants.

How to join the Outlaws?

Joining the Outlaws also requires that you complete some missions for the most important people in the faction, as part of the Desert Vultures quest that you get from William (you'll find him in The Fort). William will also give you another quest - Tramp Confederacy (you can't join the faction without completing this one) - this quest begins with settling a debt. The remaining important people are Chloe and Mad Bob. 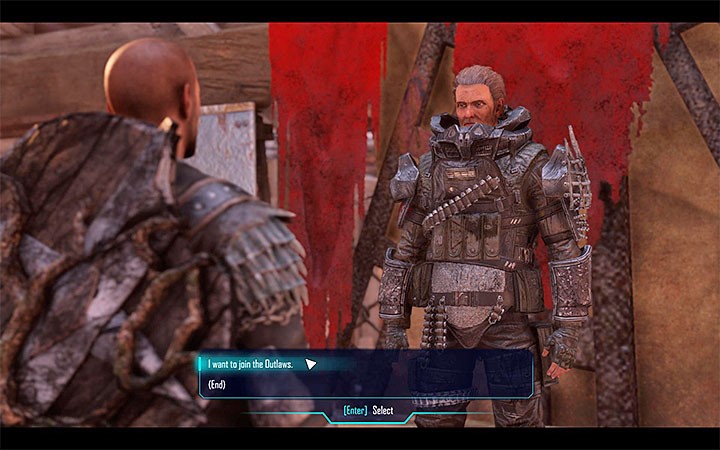 Go to William to begin the line of quests that may allow you to join the Outlaws.

Doing enough for them will let you join the Outlaws, but that's also dependant on the outcomes of the missions. Some quests may end up in a way that's harmful for the faction, which will require you to try even harder. After joining the faction, you will get Runner Armor, as well as one Outlaw skill point.

Note - the hero can join only one faction. All quests given by the rest are canceled upon entering one of them. Remember that during different quests, you might encounter choices that can either help or harm the given faction, which can in turn help you or prevent you from joining them.