A warrior is one of the most popular archetypes that appear in cRPG games. In Elex, this class works just as good as in other games. The best faction for this type of a character are the Berserkers. Warrior's strength is based on fights at a short distance but a few supporting spells will also be useful for him - Berserkers allow you to enchant weapons or increase your damage for a certain period of time. 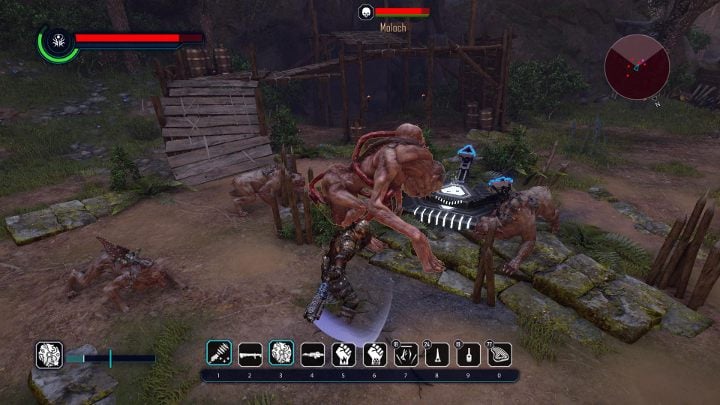 If you decide on this type of a character, you should focus mainly on investing in Strength and Constitution. The first attribute increases your damage and the second one gives you more health - they are the most important aspects during close-quarter fights. Dexterity is also important (but not as important as the previously mentioned attributes) because it increases range of your attacks. If you run out of mana that can be used for spells, you can add a few points in Intelligence. Cunning isn't that useful - most of the characters can be convinced with a few shards of Elexit and this doesn't require high charisma.

When you play as a warrior, you should invest in abilities that are useful in close-quarter combat. They are the ones that give you the best effects during fights and should be developed from the beginning of the game.

Besides these abilities you should also invest a few points in those that are exclusive to Berserkers:

If you have too much ability points, you can also spend them on:

A rifleman obviously fights from a distance, but during the initial stages of the game, you will need to use melee weapons anyhow - the first ranged weapons don't deal too much damage and the ammo is scarce. Considering this, you might want to have with you something that will let you resolve more direct combat situations - for the beginning, a single-handed Horned Sword or a Hatchet should do. Further on in the game, you will have to decide your allegiance. If you're into bows, go with the Berserkers; if you want modern plasma rifles - choose the Clerics. 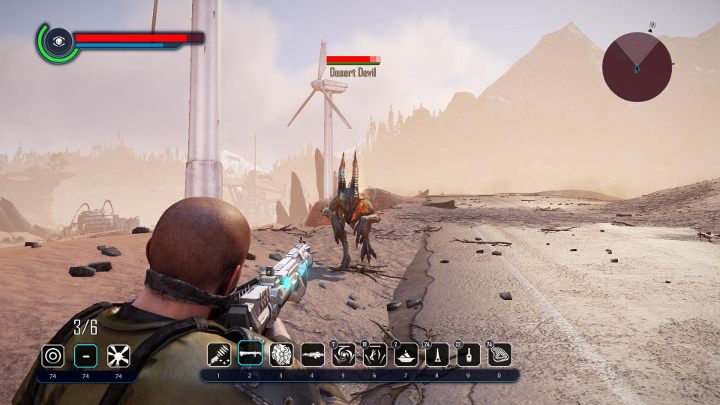 As a rifleman, you will have to use the jetpack, but remember that if you fly onto a building that's beyond your enemies' range, they will move back to look for cover. Change positions often and use the grenades - a well-placed grenade can do a lot of damage to many opponents. In some situations, you will have to fight indoors - use sprint and some melee weapon.

The most important attribute for a rifleman is Dexterity. This is the main attribute for ranged weapons; the other most important one can be either Strength, if you're using bows, or Intelligence, if you're using Clerics' rifles. Constitution increases your health points - that can be useful, but don't overdo it - as a shooter, you mainly want to avoid taking damage altogether. Cunning can be useful, but it depends on the play style, really. You can increase your charisma, but most NPCs can be bribed with Elexit anyway.

When playing this sort of character, you, first and foremost, need to invest in skills that have to do with ranged combat:

As you can see, Elex has few skills connected to ranged combat, so the rest of the points may be spend on things such as:

Besides the above, you can also try:

The vanguard is generally similar to the rifleman. Vanguards also deal damage over a distance, but they fight closer to the enemy, using weapons such as flamethrowers, rocket launchers, grenades and shotguns (or, in other terms, heavy weapons). These are less accurate, but they deal more damage. When playing as a Vanguard, you will need to consider using melee weapons - since you're fighting over short distances, it' very important that you're ready to face enemies in direct combat. The proper movement on the battlefield is also very important. At longer distance, use grenades and rocket launchers, then switch to flamethrowers or shotguns - if anyone's left standing, finish the job with melee weapons. You can skip the last bit, provided you're able to navigate among enemies well while wielding a shotgun. 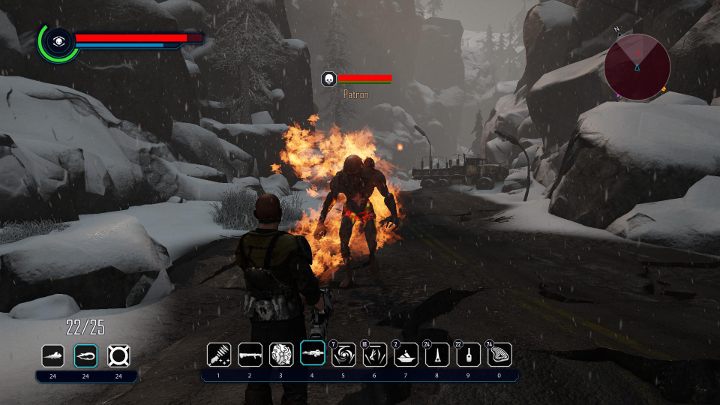 The perfect faction for this class are the Outlaws. The faction from the Tavar desert offers useful crafting skills - making flamethrowers, rocket launchers or shotguns plus the ammo needed. Besides, they also have some stims that will increase the damage or resistance.

The most important attributes are Dexterity and Strenght, since they're required for using heavy weapons. Apart from that, Strength increases melee damage, and there might be some melee fighting involved. In melee combat, also remember about Constitution - more health points will be very useful for a Vanguard (who fights near enemies by definition). Cunning is useful if you want to convince/charm NPCs in various situations (instead of paying with Elexit), and Intelligence can be omitted.

When choosing your skills, keep in mind that at the beginning, there are few ranged weapons available - not to mention heavy. Hence, you will need skills that help in melee combat:

After obtaining heavy weapons (the greatest amount of such guns can be found on the Tavar desert, particularly in Fort), you can start developing skills such as:

Besides the above skills, you also might want to develop these: