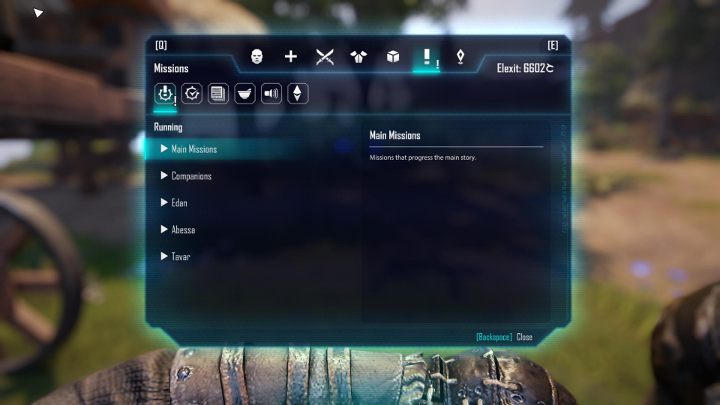 Quests in Elex are divided into three categories:

Missions can often branch into multiple paths and contain a few threads. You can also come across quests that have a few different endings. You should also know that you can fail a quest if you, e.g. kill an important character. Sometimes, missions are mutually exclusive and doing one quest can block another. Remember that you can't complete all factions' quests during one playthrough  joining one faction blocks missions that are available in others.