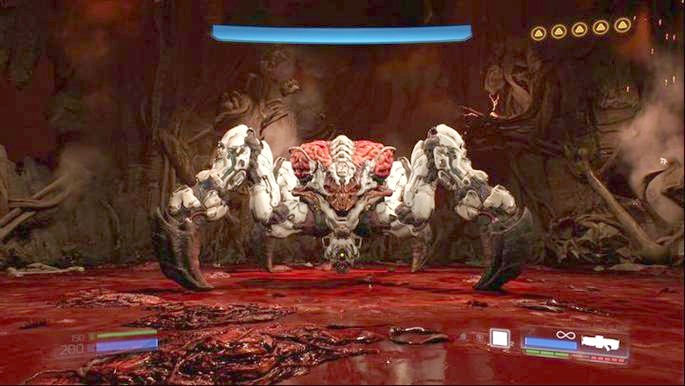 The battle with the final boss is long and the slightest mistake might cost you many health points. Because of that you must be careful and patient. If you learn enemy attacks well, the battle will become much easier. But before describing the attacks, first read a few advices related to the battle:

1. You should almost always aim at the mouth or the brain of the beast. This will allow you to deal more damage to the enemy.

2. Start frequently using BFG after you take half of the health of the beast. The weapon will stun the creature and make it more vulnerable for damage for a few seconds.

3. Homing missiles and Gauss Cannon are very effective in this battle. Use the latter in the alternative shooting mode whenever the beast is stunned.

4. From time to time you should get closer to the boss in order to collect the health lying on the ground.

5. Between the phases of the battle you will automatically regain ammunition for all weapons. 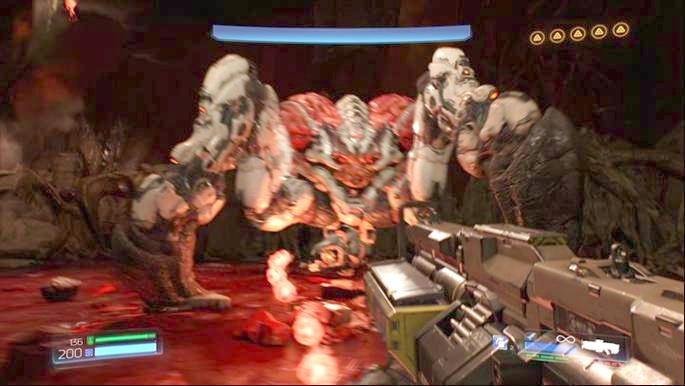 The basic attack of the beast is a quick series of projectiles shot from the cannon below. Sometimes it will be shot from the right and sometimes from the left side, so change the direction of the running in order to avoid it.

When you notice laser beams appearing around the beast, be prepared to jump over one of them. Soon later the beam will return but this time from above. Avoid it simply by crouching.

Once every while the beast will charge energy in the cannon and shoot ahead with a powerful beam. Instead of avoiding it, select a fast weapon and shoot the cannon with it. You will stun the enemy by doing so. Disoriented enemy not only stops attacking for some time, but becomes more vulnerable for attacks as well. Hitting the mouth of the boss with a fully charged Gauss Cannon will deal massive damage to him.

Once the creature scatters spores across the arena, quickly run away from them - they will explode.

Roll on the back

Sometimes the beast will turn on its back. When that happens the boss will shoot with cannon much faster. In order to avoid the projectiles you must hide behind the pillars appearing on the arena.

Always keep a distance from the boss. If you're too close, the creature will attack you with a very powerful hit with one of its limbs. The only way to avoid it is by quickly running to the left or to the right. It is best to simply not let the enemy to get close.

Once the health level of the beast is critical, the boss will start covering itself and throwing rune stones at you. Avoid them by strafing and keep shooting the brain of the monster. 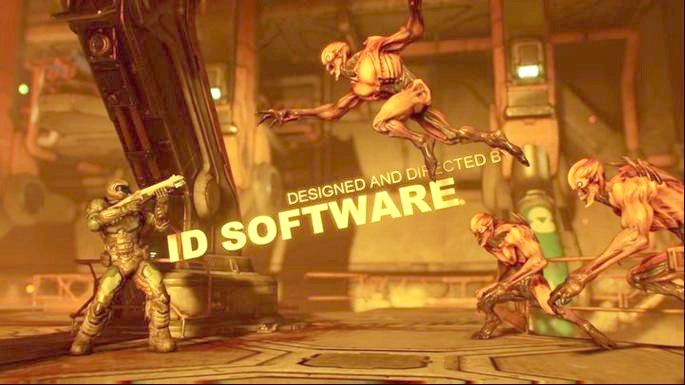 After performing the execution the game will end and you will receive the last collectible (Goldguy). Congratulations!