The guide for Doom contains the detailed walkthrough with descriptions of all mission objectives, locations of the collectibles and tips for the challenges. We included detailed level maps where we have marked the most important places. One of the chapters is dedicated solely to secrets and collectibles. This chapter also contains detailed maps. There, you can learn where you can find Elite Guards, Bobbleheads, Data Logs or Classic Maps.

Besides the walkthrough and the chapter dedicated to secrets, our guide also contains various basic tips. Read them to learn how to keep your hero alive and what you should pay attention to when you are playing the game. All weapons and their upgrades have a dedicated chapter. Our guide also has a section dedicated to unlocking achievements - it should be helpful to those who want to beat the game in 100%.

Doom, released in 2016, is another instalment in one of the most popular FPS series. We play as the Doom Marine who explores corridors of a military research facility on Mars. The gameplay is based on dynamic and brutal fights with monsters. Despite the focus on combat, the game rewards exploration by having numerous secrets such as new weapons.

Which difficulty level should I choose? 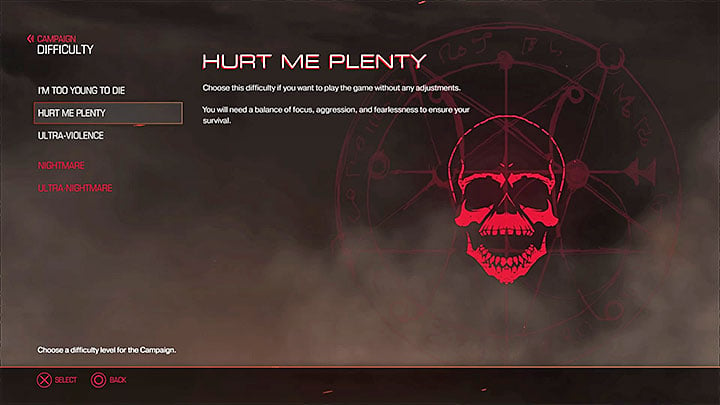 Doom allows you to choose from five different difficulty levels. However, you should ignore Nightmare and Ultra Nightmare for now. These levels are for those who are looking for a challenge (these levels also require you to beat the game once).

In our opinion, the normal difficulty (Hurt Me Plenty) is the best choice. It offers enough challenge for a first playthrough but it doesn't force players to repeat every fight multiple times (provided that you know the game's basics and you are familiar with the available weapons). The only exceptions can be the boss fights that happen in the later levels - they are much more difficult than battles with regular enemies. These boss fights require a good reflex but you also need to learn your enemies' move sets and know how to react to them.

How to die less in Doom? 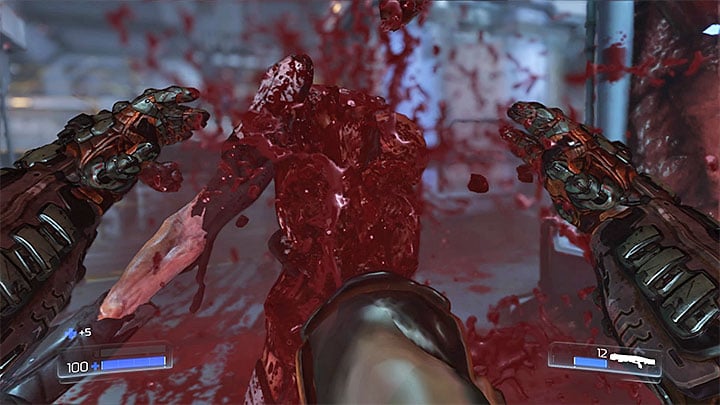 Doom can be a challenging game if you are used to slower gameplay known from other FPS titles. Below we have listed the most important tips on how to die less in Doom. More hints can be found in General tips chapter.

The most important secrets 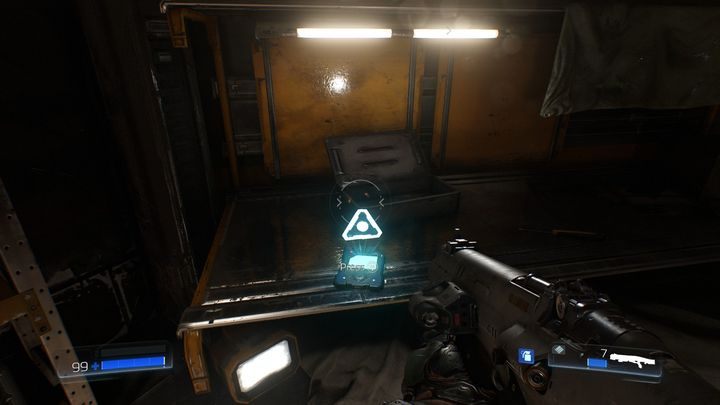 The Platinum trophy in Doom isn't hard to unlock - we would score its difficulty 3 or 4 out of 10. You will need at least 20 hours to unlock it. Doom's single player campaign isn't long but to get the platinum trophy you will also have to play other modes and spend more time on finding collectibles and challenges.

There are two major factors that have an impact in unlocking Doom's platinum trophy. The first one is to get all the secrets in the game. Check out our Secrets chapter to learn where you can find every single collectible.

The second factor is the necessity of completing various challenges. Some of them will require various skills, especially those related to the runes and those related to weapon masteries. Luckily for you, these challenges can be played multiple times. You can also reach those locations where you can have easier time unlocking said masteries.

Detailed descriptions of all the achievements can be found in Achievements/ Trophies chapter.

The table below contains information about the most important controls in Doom on PlayStation 4 and Xbox One. Some of the controls can be modified:

Controller Layout - You can choose between the default buttons layout (see the table below) or you can choose a different one.

Horizontal Sensitivity - Change this value if the default setting is either too sensitive for you or not precise enough.

Vertical Sensitivity - Change this value if the default setting is either too sensitive for you or not precise enough.

Look Smoothing - This value determines the smoothness effect while you are looking around. The default value is 90%. Reduce it if you want to make this effect less noticeable.

Invert Look - This parameter inverts the Y-axis. After activating it you need to move the analog stick down to look up, and move up to look down.

Vibration - You can activate or deactivate vibrations for your gamepad.

Aim Assist - This setting is activated by default, regardless of your difficulty level. Aim assist can be helpful in shooting at smaller targets in the distance or at more agile enemies. Turn it off if you want to rely on your own skills.

Doom's PC requirements aren't that high but the configurations mentioned below are for Full HD resolution. Playing in 4K resolution will require a better PC with a graphics card that has a lot of VRAM.

How does Doom work on consoles and other technical aspects

PS4 and XONE versions of Doom are very well optimized. The game has great graphics and it runs in 60 frames per second. The regular versions of these consoles can have occasional frame drops. Also, the regular version of Xbox One can change the resolution to lower when there is a lot happening on the screen.

PS4 and XONE versions support 4K resolution but this is available only to PS4 Pro and Xbox One X consoles. The update that adds 4K textures must be downloaded by all players which means that the console version of Doom requires 80 GB of space.

Regardless of which console you own and in which resolution you play, Doom is one of the most demanding console games. Because of that the ventilator in your console will be very loud due to heat created by your system. However, you don't have to worry that you can damage your console. A fully operational console should be allow you to play this game even in longer sessions.

The console versions of Doom allow players to change a few graphics options. You can deactivate Motion Blur and Chromatic Aberration. Also, players can change Field of View.

The Nintendo Switch version of Doom is rather problematic. The game runs in 30 frames per second which can make the game difficult to play if you have experienced other versions of the game. Besides that, this version of Doom has problems in the mobile version (not docked) - frame drops are noticeable, the screen can get blurrier or you can experience changes in resolution. Check if your copy of Doom is updated to the version 1.1.1. This update has slightly increased the performance of the Switch version.

Pipe Dreaming About Quake Remake as Good as Doom's

The Quake remaster at first glance is no big deal. But once you play it, suddenly everything becomes clear. The king is just waiting to return (like Doom once did), and this is the test. Are we up to it?

Games used to be better? Well, when you narrow it down to specific examples of weapons from FPP shooters, there may be even more reasons for nostalgic memories and grumbling about today's standards!

The Bethesda Purchase  Brilliant Move, or Panic Buy from Microsoft?

Will the new Fallout be released on PS5? Without any prior announcement, Microsoft announced the purchase of ZeniMax Media, owner of Bethesda among many others. This grand purchase could seriously change the balance of power in the gaming industry.

You may be asking yourself the question: what kind of secrets could Doom hide after 30 years? It's a primitive game  a gun in the middle of the screen, a horde of demons to slaughter to heavy music. What could I even miss?