Variety is the Spice of Death III

Kill 3 demons with one Frag Grenade.

The easiest way to complete this challenge is by using the Imps that are located in the shaft not far behind the first collectible.

My Teeth are Sharper

Kill a Cacodemon with the Chainsaw.

It is best to do it on the Cacodemon which appears after using two security deactivators. 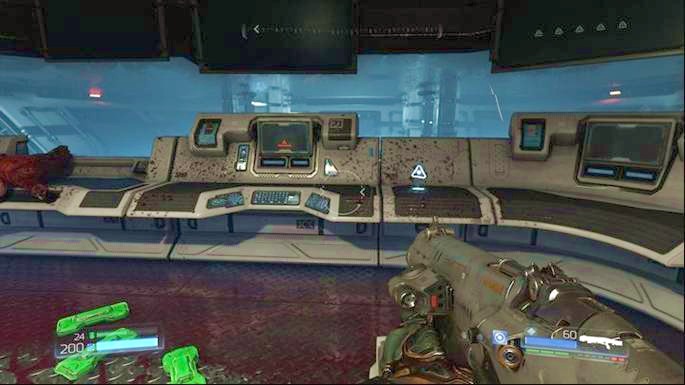 Go to the room ahead once the level starts and pick up the Data Log lying next to the computer. Slightly further there will be a sluice through which you must get outside. 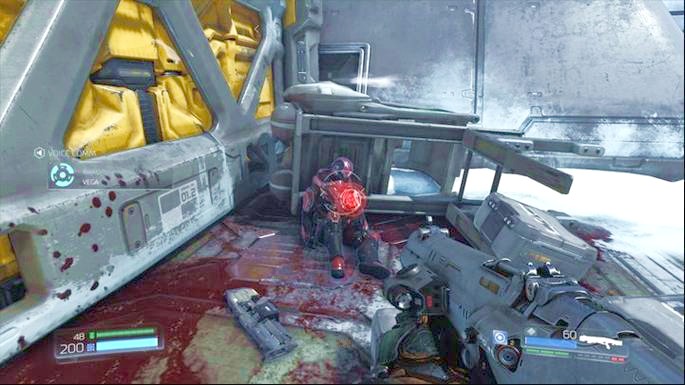 Slightly further on the right there will be an Elite Guard. Search him and then climb on the wall that blocks the passage. 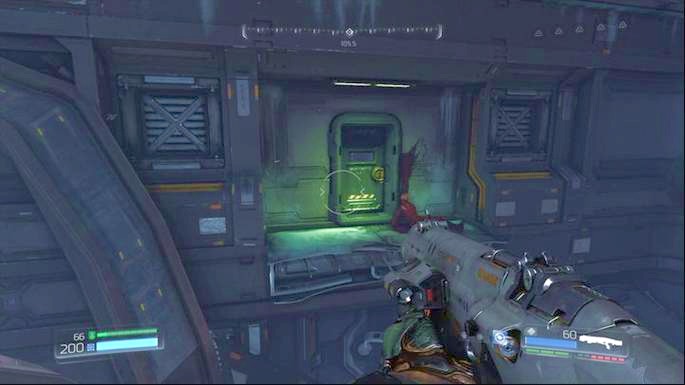 You can go through the left side but it is more profitable to use the path up and to the right. By climbing on the pipes you should reach a door that will lead you to a narrow tunnel. 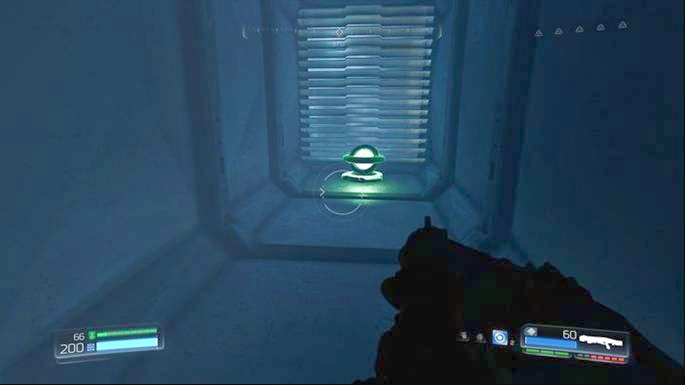 At its end you will find BFG ammunition and in the middle there is a passage to inside the building. There you will find a collectible (Quakeguy). 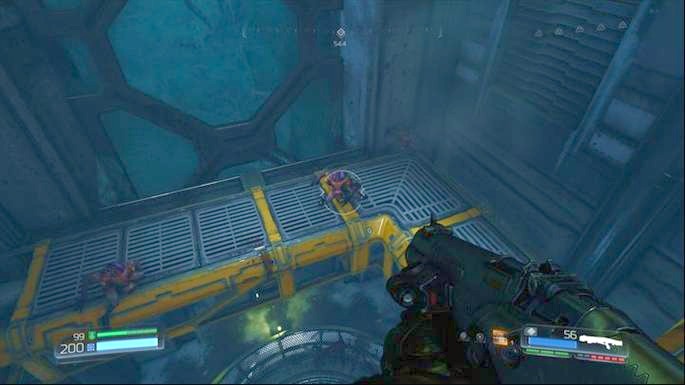 Keep going down and kill a few Imps on your way. Look down after you kill the first two and wait for three next to get close to each other. If you throw the grenade correctly, you will kill all of them at once and complete the challenge. You can also perform a few different Glory Kills on them for the next challenge.

Use the security deactivators 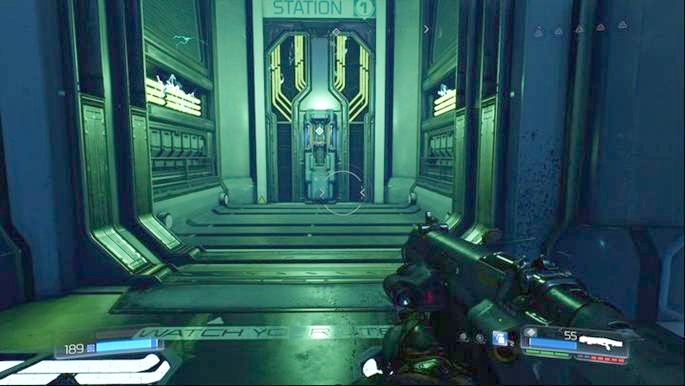 The door at the bottom will lead you to the room with the first deactivator. Use it and then kill the appearing demons. Berserk floating in the middle will be helpful in battle, similarly as the Invulnerability hidden slightly lower. On the higher floor you will also find BFG ammunition. 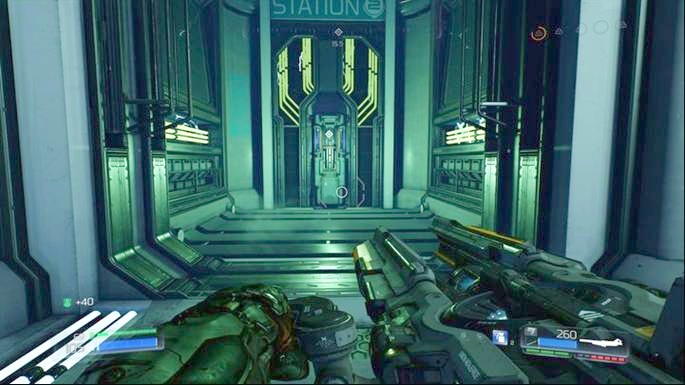 Use the second deactivator located floor below once the battle ends. Then use the panel at the top. New demons will appear. 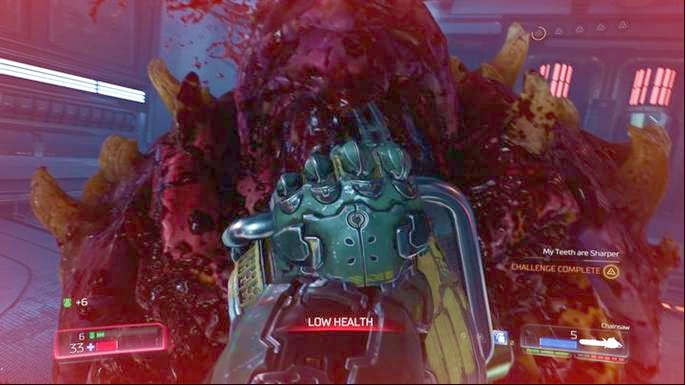 You will start the encounter by fighting the Cacodemon. Lure one of them as close as possible and then kill with a chainsaw. This will allow you to complete the third challenge. 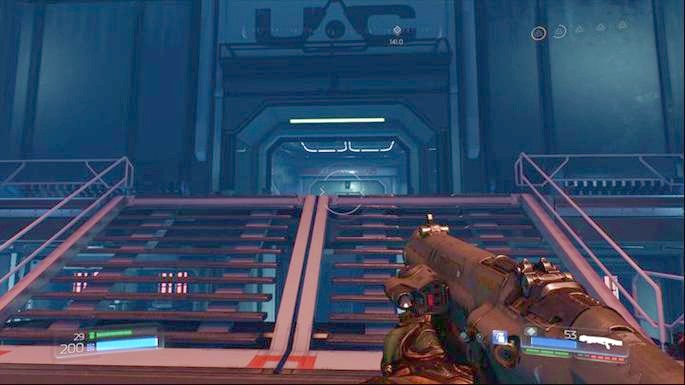 Once the final demon dies, go forward ahead of the computer you have recently used. 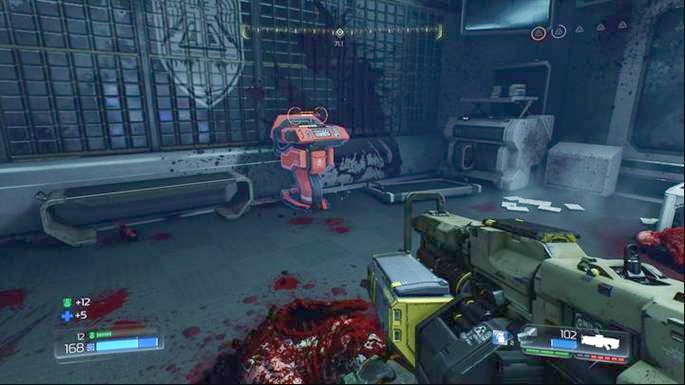 There will be a gate at the end of the corridor. Turn right before you walk through it. You will reach two blue doors that require a key and you will reach Automap. 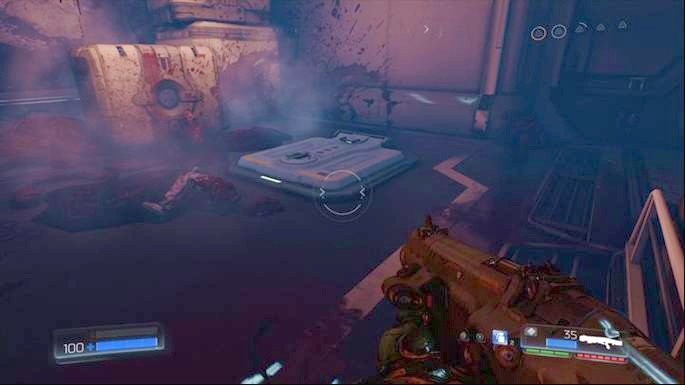 Now you can walk through the previously mentioned gate. Turn to the left after you do it. At the wall at the end you will find a Data Log and if you turn once more to the left then behind the chests you will see a hatch through which you can get one floor below. Do it. 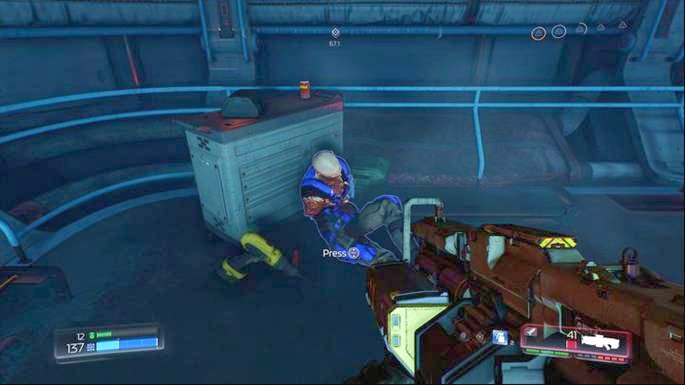 In the corridors below there will be a few demons waiting for you. You will find a corpse with blue key as well. If you use the key to open the door at the end, you will get to the place where you found Automap. 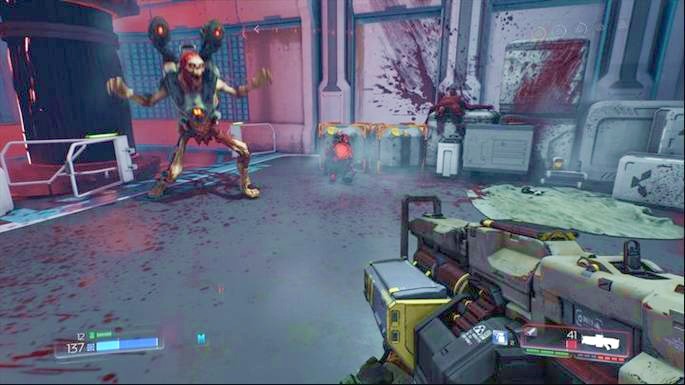 Now you can open other passages. Behind one of them there is an Elite Guard. 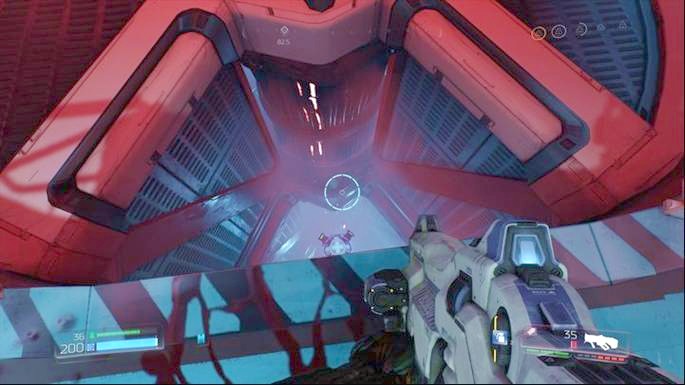 There will be a hole with Mega Health as well. 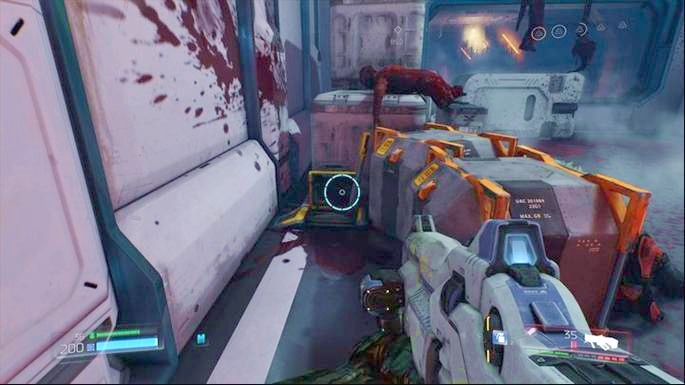 But before you jump down, first use the lever hidden behind the chests on the right. 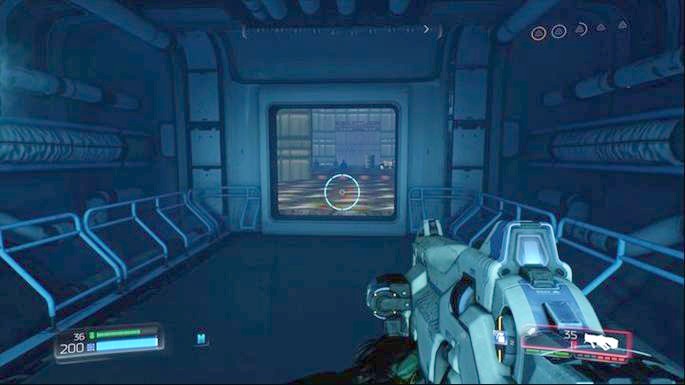 It will unlock a Classic Map located in the corridor with the owner of the blue key. 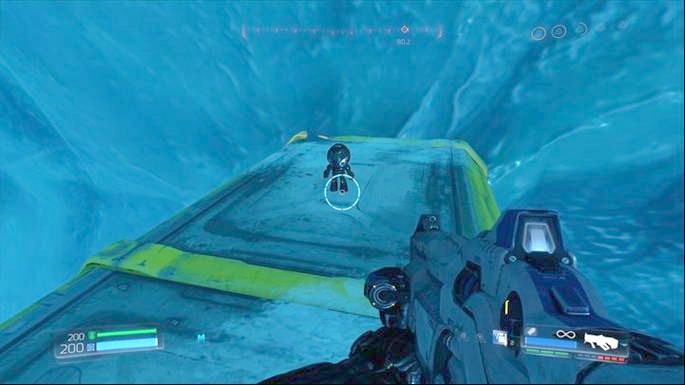 After jumping down the shaft you will land in a ventilation tunnel. First go to its right edge and jump on a similar one below. There you will find the second collectible (Jungleguy). 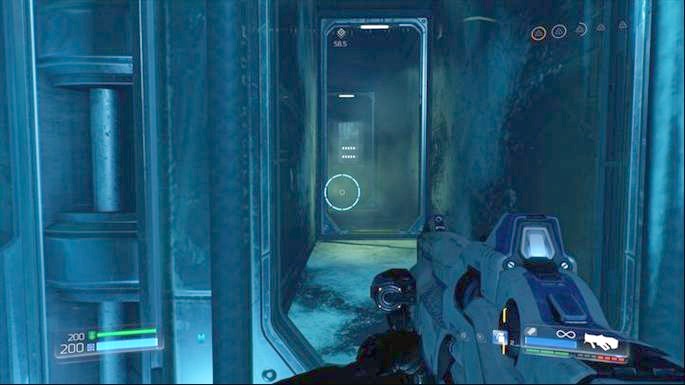 Pick it up and then climb up and enter the corridor on the opposite end of the sidewalk. 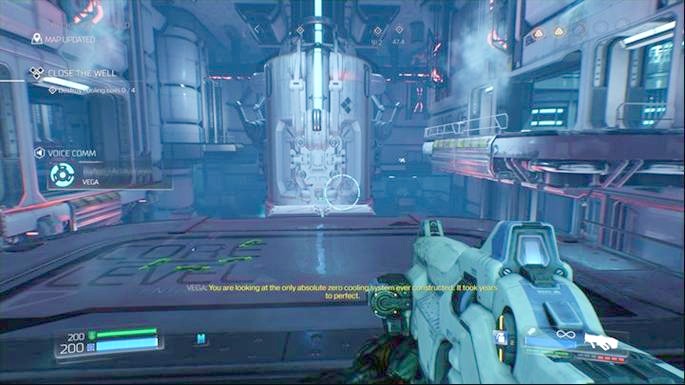 Behind the door you will find the cooling center you are looking for. 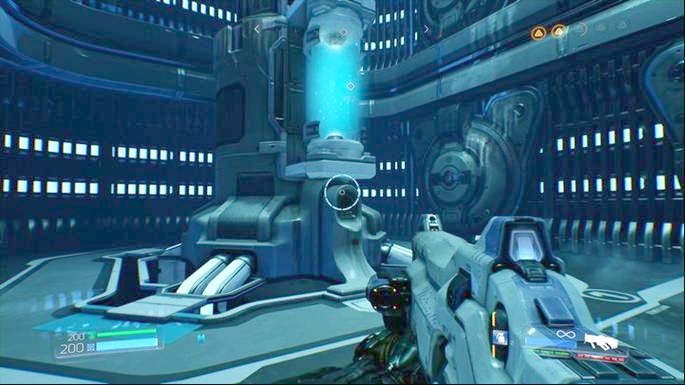 Now your objective is to destroy four blue spirals. Before you do it, examine the location thoroughly. 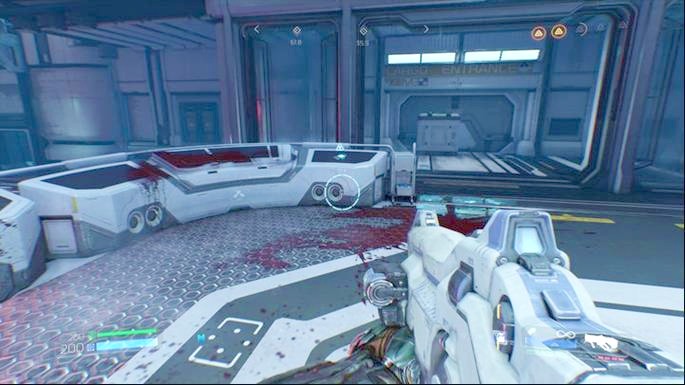 In the middle you will find a Data Log and in the corridor at the bottom a Berserk power-up. The latter will be very useful for you since after destroying the first part of the cooling demons will start appearing. Your targets are scattered through the whole location but they will be marked on the map, so you shouldn't have trouble with finding them. 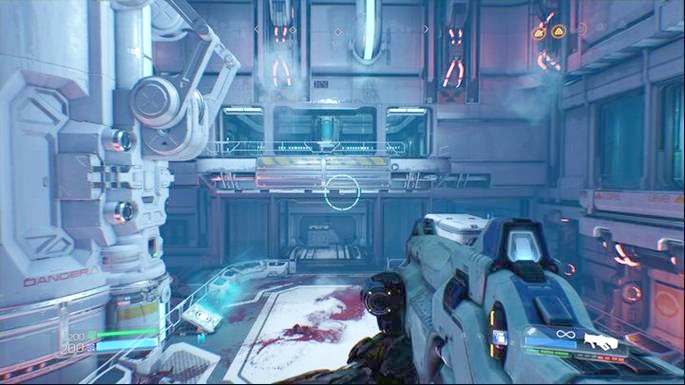 Jump to the exit by using the gravity jump after you destroy all four targets. 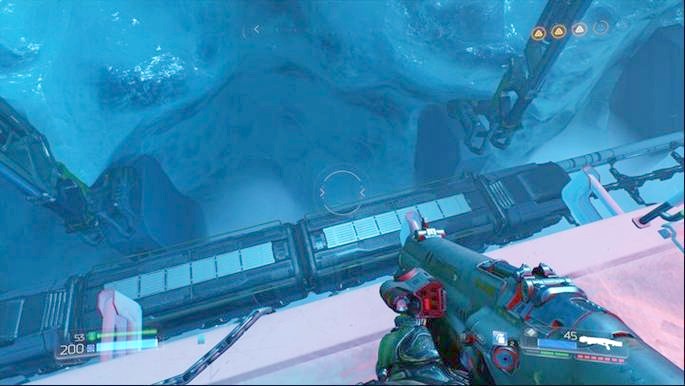 Further road leads down. Once you land, a transporter will take you to a room filled with demons. Once you notice the enemies, lure some of them from away. The battle won't be easy, but luckily you will find many items around. Haste is floating in the middle and on the sides of the location there is BFG ammunition hidden. You should use this powerful weapon whenever a large group of big demons appear. 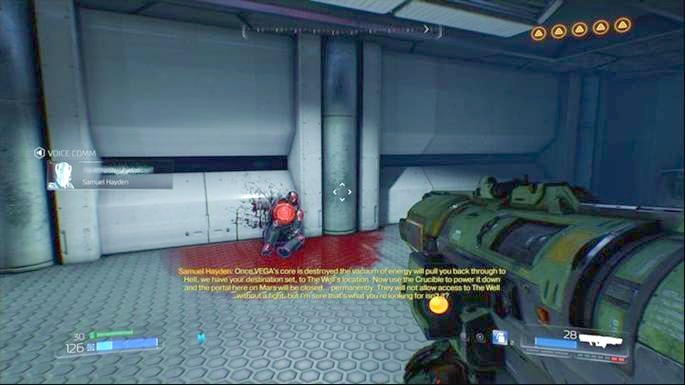 Go to the platform on the other end of the room once the battle is over. Before you enter it you must jump to the place underneath it. Double jump will be helpful for doing that. There you will find the last Elite Guard. In order to return up you must use the nearby elevator.

Destroy the VEGA neuron processor and overload its core 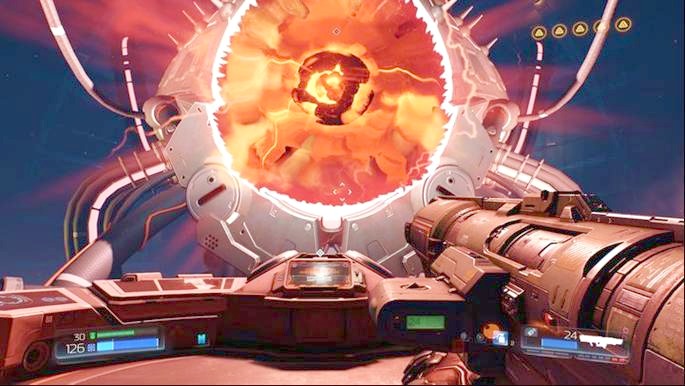 The large platform will take you to VEGA center where you will receive the task of destroying two processors. One of them is on the left and another on the right side. Once you destroy them you can go to the panel in the middle. Pick up the last Data Log and use the panel.