On this page you'll find info about the final Act 2 quest in Diablo 2 Resurrected: Seven Tombs. During this mission you'll find the Tomb of Tal Rasha and face this Act's boss: Duriel. 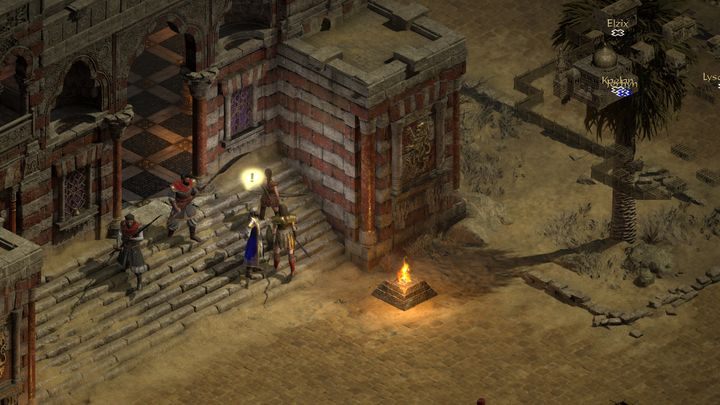 After finishing the Radament's Lair quest in Diablo 2 Resurrected you can immediately start the next quest by talking to Jerhyn - the town's lord who can be found in front of the palace in the north-west area of town. According to the journal, this is the final quest of Act 2 which contains the Act's boss. In the end, you'll only be able to complete this mission after finishing all other Act 2 quests. 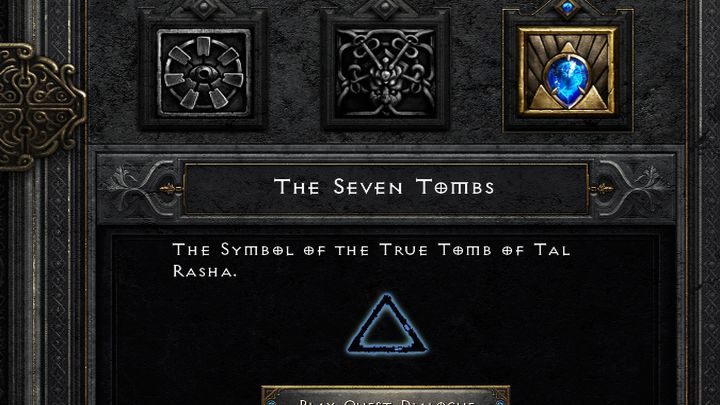 In the Arcane Sanctuary (you can get there by going through the portal in the Palace, which can only be accessed after the Tainted Sun quest) you'll find the Summoner's chamber. After eliminating him and reading his journal, you'll open a portal to the Canyon of the Magi. This area isn't too big, and it contains the titular seven tombs. Each tomb hides treasure and hordes of monsters. You're free to explore all of them if you wish so. 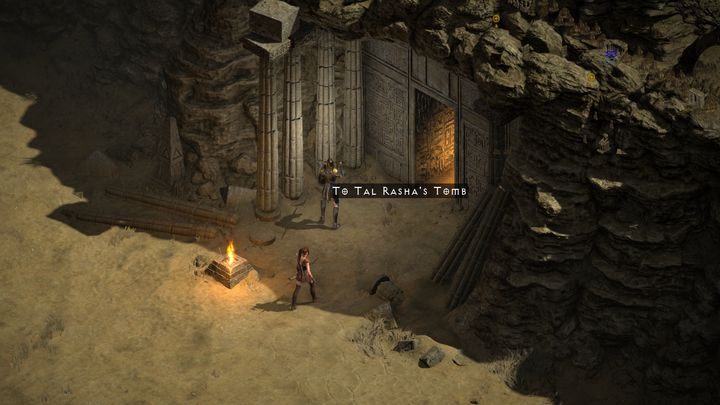 By opening your journal and selecting the Seven Tombs quest - as long as you've talked to Cain beforehand - you'll see a symbol of the tomb containing an altar and the boss chamber. The symbol is randomly generated and can differ from playthrough to playthrough. 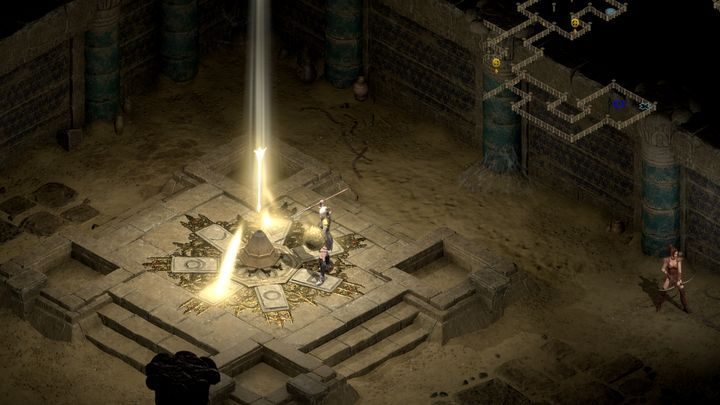 In the correct tomb, you'll find a chamber with an altar. You must have the Horadric Staff to activate it. Using the staff will unlock the boss arena.

If you've been expecting to meet Baal here, you'll be disappointed - your opponent is Duriel. Immediately open a Town Portal. This battle is far more difficult than the one against Ariandel. 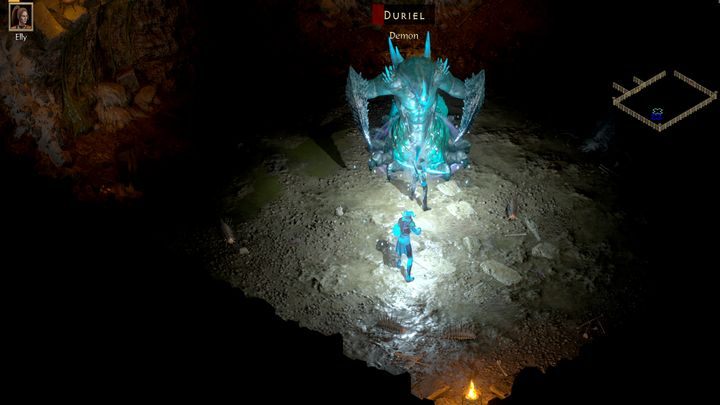 Duriel is fast, fights you in a tiny arena and can generate an aura of cold, which slows you and your allies down. You can't protect yourself against the aura, nor use Thawing Potions to nullify its effects; despite that, these potions are still incredibly useful - buy a few and drink them before starting combat or during the fight. They give you more cold resistance, which is the primary element Duriel uses - their effects don't stack, but the more potions you drink, the longer they will last.

Against Duriel there's no foolproof strategy which would always work - much depends on your build and character class. Summoned units can be useful distractions in this fight. It's possible to attack at range, but you'll need to move often. The boss doesn't have any weaknesses but he's slowed down by cold like any other enemy, which could be helpful if you have access to this element. 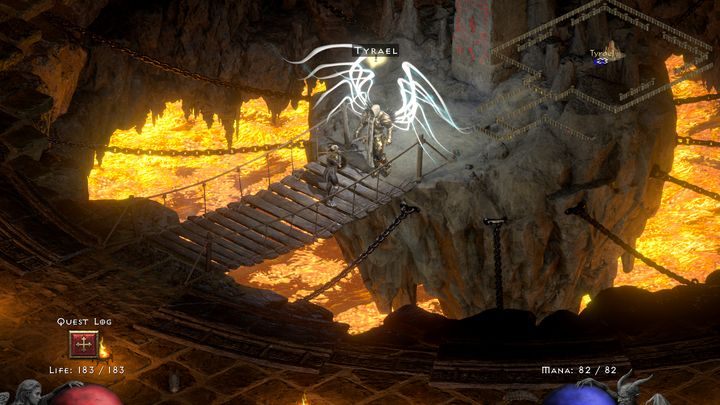 After the battle and collecting the loot don't immediately return to town. Head to a partially obscured passageway in the wall and move to the next room where you'll meet an ally, Tyrael. The task is finished after you talk to him.

If you'd like to fight Duriel again, the passageway to Tyrael will already be open - it can be used to gain some distance from the boss in case you want to fight at range or escape/heal. 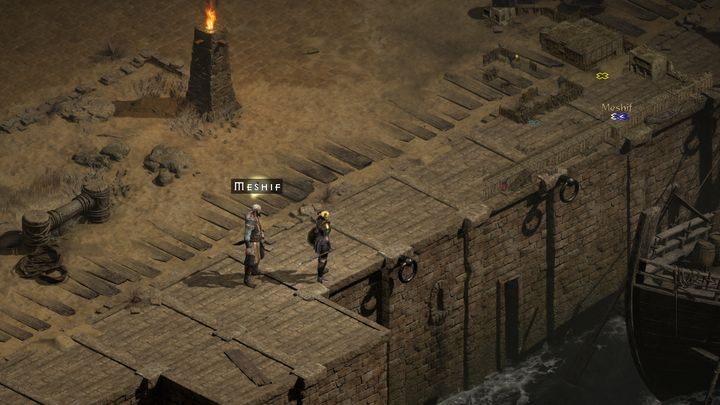 After completing the Seven Tombs quest you can move on to the next Act. Remember you can always return to Act 2 later. To progress, talk to Meshif in the harbor (eastern part of town)