This guide to Diablo 2 Resurrected breaks down the game into basic elements, analyzing the most important aspects of the gameplay. From this guide, you will learn how to complete the game - with our factual walkthrough - and you will get to know the most interesting tips for beginners.

The most important part of the guide is the description of skills and sample builds of different classes, along with suggestions as to which skills to develop and which statistics to raise when advancing to higher levels of experience, as well as what equipment to use. We've also included a chapter describing ways and places to get the most interesting and rarest loot, and a breakdown of the gameplay mechanics. You will also learn how to obtain runes and upgrades - which can be described as Diablo 2's crafting system - how to recruit mercenaries, and which ones are suitable for your character class.

There's also the walkthrough with a list of mission bonuses, a main bosses guide, good places for farming, and a locations map which contains information about connections between levels, location of navigation points, and a list of places that you have to visit as part of the main campaign. In the FAQ Section, you will find answers to questions about death of the hero and mercenaries, game save system, or the time required to complete the game.

Diablo 2 Resurrected is a renewed version of Diablo 2 with the Lord of Destruction expansion. The idea behind this guide is that you haven't played the original, so that people who are most in need of help can find it first.

The guide was prepared on the Normal difficulty level. It doesn't contain advice aimed towards Hardcore / Nightmare / Hell difficulties, on which the stats of characters and enemies, as well as discovered items and runes differ greatly from those found on Normal with their complexity, parameters and randomness. In the guide, we focus on singleplayer.

Diablo 2 Resurrected is not an easy game, even though it may not seem challenging early on. Despite your initial impressions, we suggest familiarising yourself with these starting tips which should answer some questions you have about the game and will help you avoid beginner's mistakes. Here are a few essential tips for newcomers:

You can find more useful advice on the starting tips page.

Answers to the most frequently asked questions regarding Diablo 2 Resurrected can be found in the FAQ section.

In Diablo 2 Resurrected you'll often encounter mini-bosses in many short quests. We won't be describing these in detail - tips regarding the more problematic opponents can be found in the walkthrough. The chapter attributed to boss fights focuses on the story related bosses, those being:

Diablo 2 Resurrected is built out of modified versions of Diablo 2 and its Lord of Destruction expansion. Therefore, it contains five Acts. In each Act we can find up to six quests which can often be completed in any order the player wishes, or left for later, even after the player finishes the given act.

The most important choice in Diablo 2 Resurrected, one influencing how smoothly your playthrough will go and how well you'll handle higher difficulty levels, is your character class (one out of seven available), as well as correctly building your character to make them capable in combat.

Being a remaster, Diablo 2 Resurrected primarily offers improved visuals and audio. Due to this, the system requirements are significantly more demanding. Here are the minimum hardware requirements for the game:

More info can be found on the system requirements page. The developers warn the requirements might change in the future.

Diablo 2 Resurrected releases on September 23, 2021. The game's price pre-release is: 39.99 EUR for the base version and 59.99 EUR for the Prime Evil Collection. Pre-ordering the game rewards the player with access to the open beta (the second open beta is also available for players who did not buy the game yet). 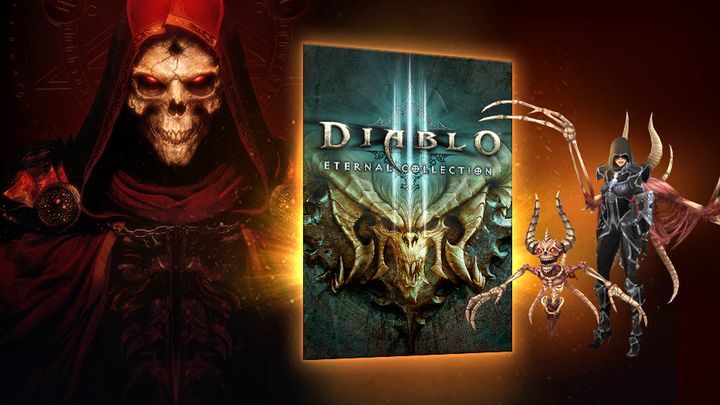 The more expensive Prime Evil Collection contains Diablo 2 Resurrected, as well as Diablo 3 in the Eternal Collection. The items included in the bundle are:

Diablo 2 might not be perfect, but it's still a classic game, which did a lot of things really well. I'm probably not the only one who would be happy if Diablo 4 borrowed some specific solutions from the cult-classic part two.

Tips and Trivia to Diablo 2 From Hardcore Veterans

Are you waiting for the release of Diablo 2: Resurrected? Whether it's your first time with the series, or you've been its loyal fan for years, we encourage you to read our tips and trivia  you'll surely find something of use.

With the summer slowly, and sadly, ending, we're entering a period of increased activity on the video games market. Although September brings a surprisingly varied offer of new games, we have a feeling that one title in particular will attract players...

It wasn't the best E3 in history. We didn't see announcements that swept us off our feet, no longed-for brands returned. But there were sizable new announcements, and some of them are certainly worth a look. Here's a list of our favorite games of E3 2021.

Everyone knows the history of Diablo. First, there was (no) roguelike Diablo, then no Diablo II and two expansions, there was a no-Diablo a la Pokemons, and most recently, a soulslike no-Diablo... What? Don't you know those games? Here's a history lesson.