On this page of the guide to Diablo 2 Resurrected you will learn how to start and finish the task Habitat Of Evil which is the first story task in the game.

Talk to Akara in the camp and ask her about the Den Of Evil. This is the first feature mission in Diablo 2 Resurrected. Like many other quests, you can complete this task without talking to the NPC. From conversations, you can learn about the storyline and the backgrounds of events. 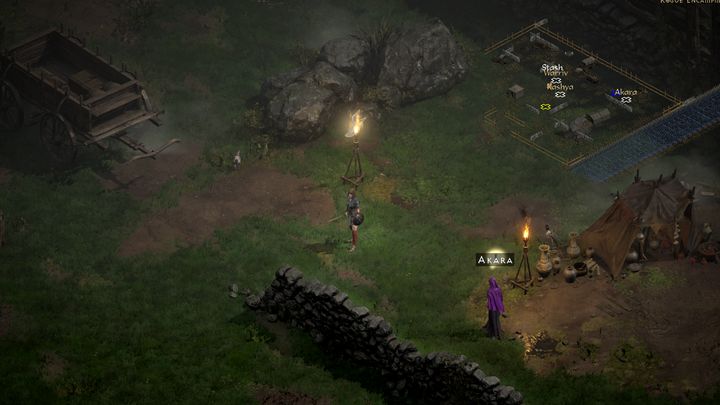 An NPC who has a task for you and wants to talk to you has an exclamation point over their head. You'll find Akara in the eastern part of the camp. She's also a magic item trader and visiting her restores your health and mana. You can purchase mana and health regeneration potions from her, as well as portal scrolls and identifications (and the very useful space-saving books for these scrolls). 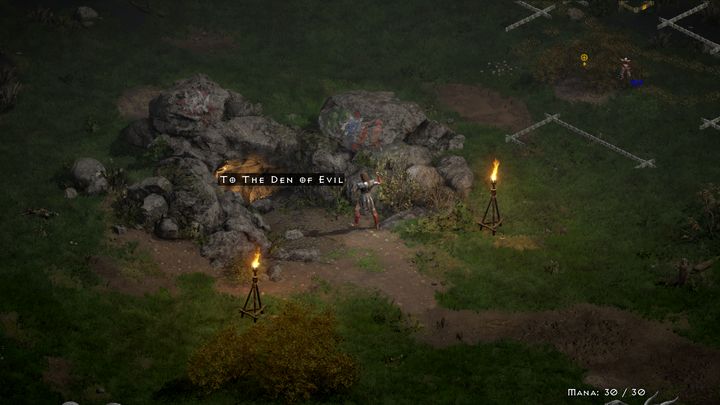 Leave the Rogue Encampment and head out to the Blood Moor. Next, you have to find the entrance to the cave in a random location within the Blood Moor area. Keep in mind that areas are randomly generated when you first start the game - this includes the Blood Moor as well as the Den Of Evil. 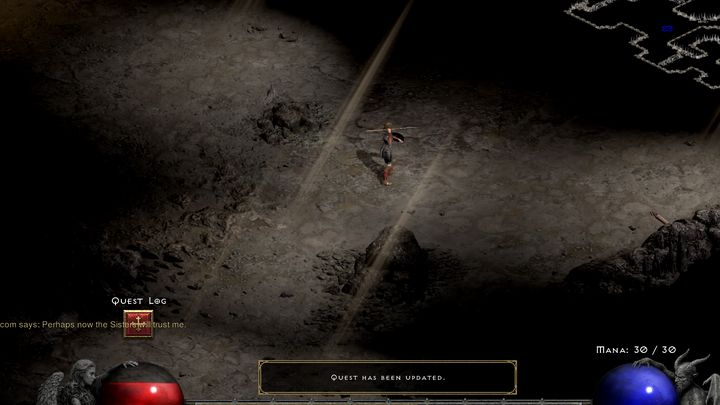 You must eliminate all enemies within the Den Of Evil. When there are only a few left, a counter will be activated in the journal. The Fallen can give you the most trouble, as they scatter around the area and don't always come back to fight you. 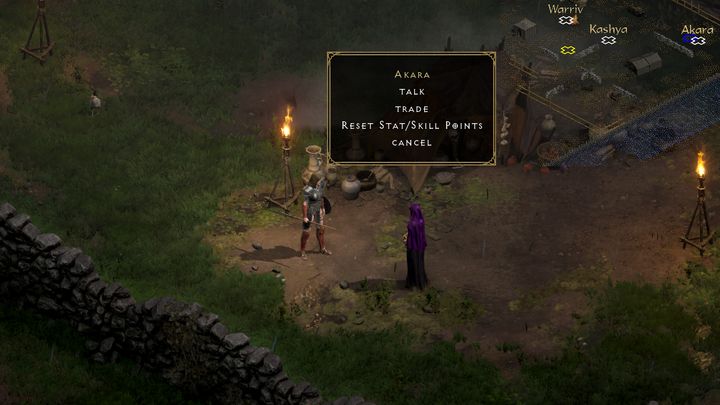 After clearing out the site, the cave will light up and you will see the journal update. All that's left is to return to Akara.

Important: after completing this quest, Akara will give you the option to reset your character's stats and abilities. Do not use it - this option will not be lost, but will be more useful in the later stages of the game, especially if you are new to creating character builds. You will be able to access Akara and her reward at any point of the game, but only once. It's a good idea to reset your character at about level 30 or later when you get access to all skills.