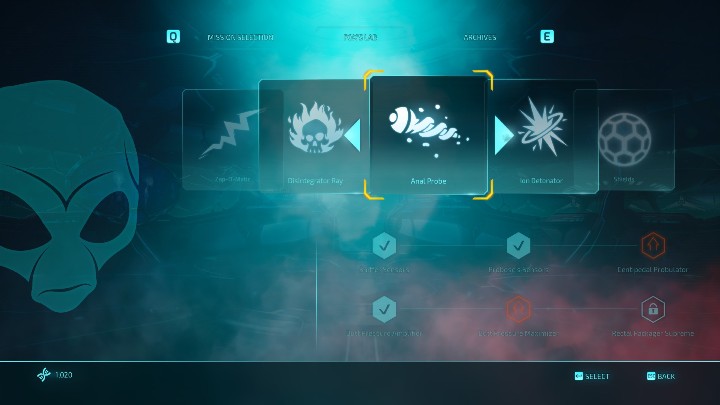 This weapon has six upgrades:

Effect: increases the time limit during which you can use the probe

Effect: significantly increases the time limit of using the probe

Effect: after eliminating the target, the probe immediately targets the nearest opponent