One of the opponents in Death Stranding is a four-legged beast, which is simply called a BT (Beached Thing). It looks like a huge dog or a lion, made of greasy sticky slurry liquid. You will encounter this monster during the fifth chapter of the game, after completing the Order No. 46 - Mama Delivery: Mountain Knot City.

Remember that this creature will also appear as an ordinary opponent at different moments of the game. However, it is much weaker, which makes it easier to defeat. 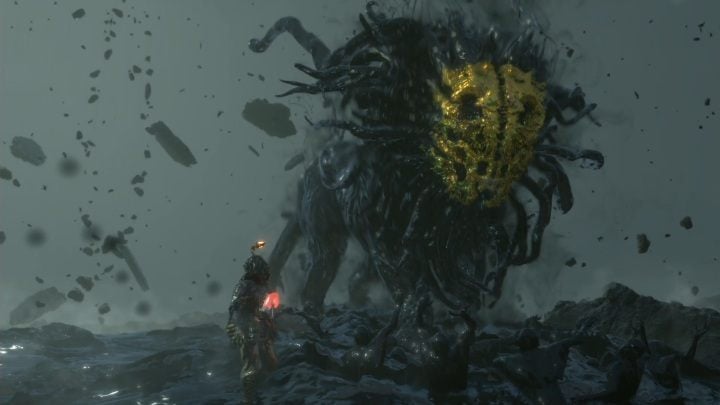 The beast will seem huge during interludes, but its size decreases significantly in the final battle. Fortunately, the four-legged monster is still quite large, which makes it easier to hit it with grenades.

Remember that the animal is very fast. Hematic Grenade and Anti-BT Handgun are the perfect weapons to defeat it. 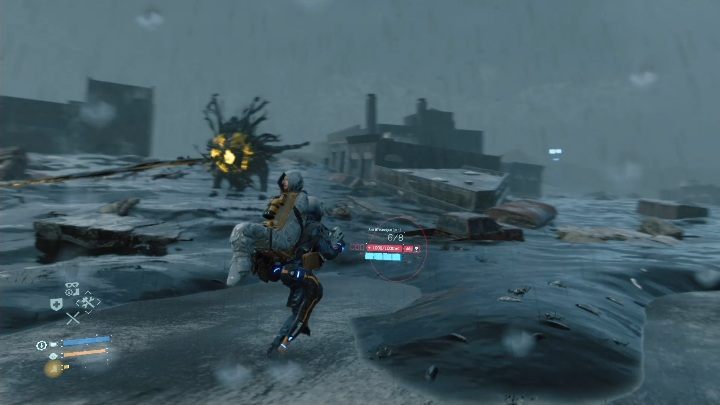 Your character may have trouble with maintaining balance while Mama's resting on your back. So try to always stand on some buildings/cars to avoid falling into the tar. 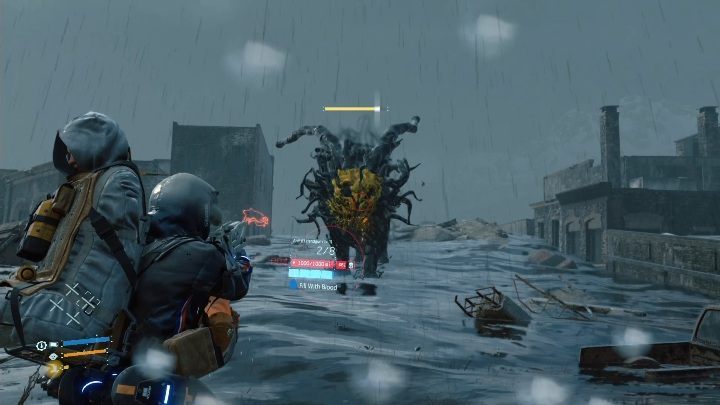 As the beast is quite large it is best to attack it when it's focused on a specific target. This will allow you to aim directly at monster's mouth. Also, the enemy won't avoid any of your attacks. 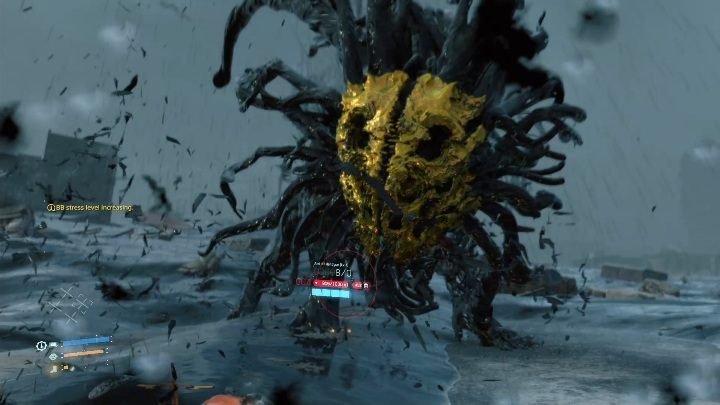 One of the skills of a four-legged beast is a charge. It runs up to the hero and grabs him. Then the beast throws Sam to another place. You can avoid this attack or use this time to damage your opponent. During the charge, the beast cannot dodge or evade any of your attacks. 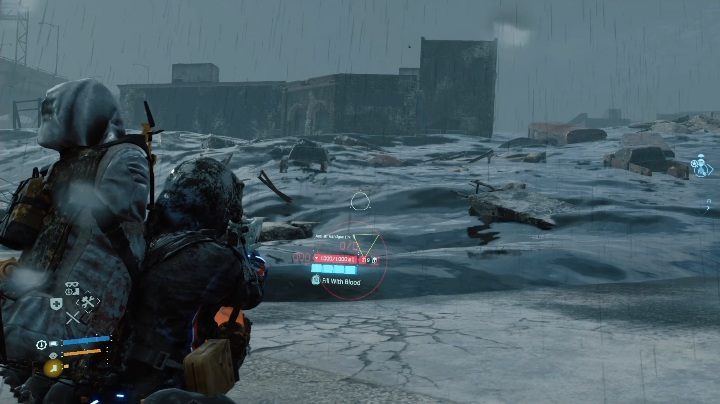 The monster's second skill is the availability to hide in the tar. In this way, the monster disappears from the battlefield for a moment and appears at another, least expected spot. 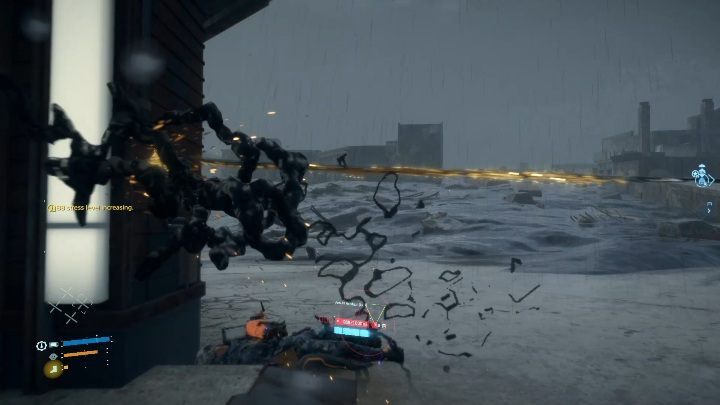 The third attack (and hardest to avoid) is a ray beam that throws the hero off balance. 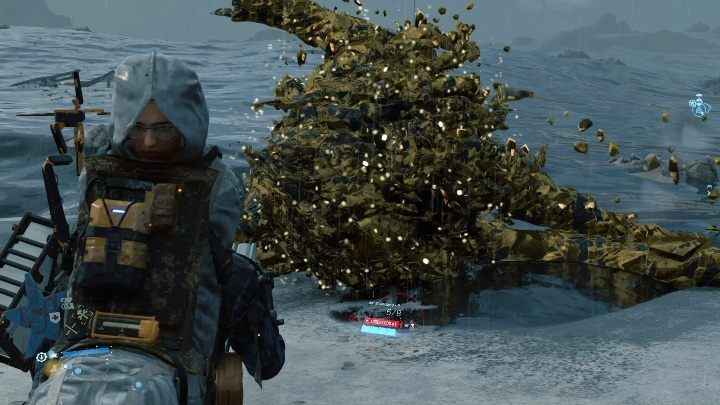 The beast is not a difficult opponent. You just have to avoid its attacks. Then, attack the monster when it focuses on its target. A few successful strikes should destroy the monster and allow you to continue your journey.