On this page of the guide to Death Stranding, you will find an explanation of what role does BB, Bridge Baby, do in the game. The child is associated with a very unusual and, at the same time, very important gameplay mechanic. 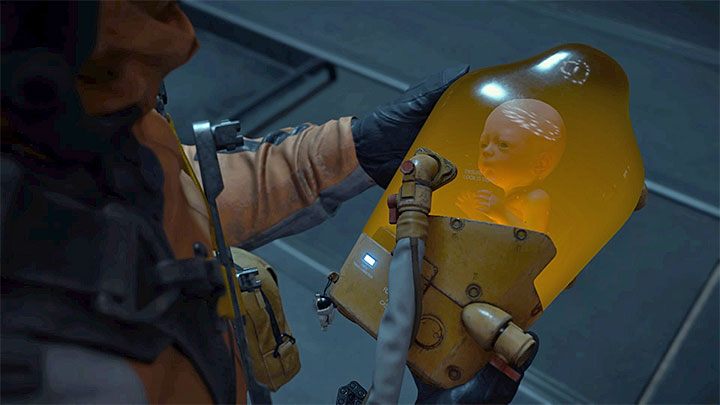 Bridge Baby will "join" Sam after several main story missions. After that, the will become inseparable. The main character can't leave the child anywhere, even as a result of unintentional actions. 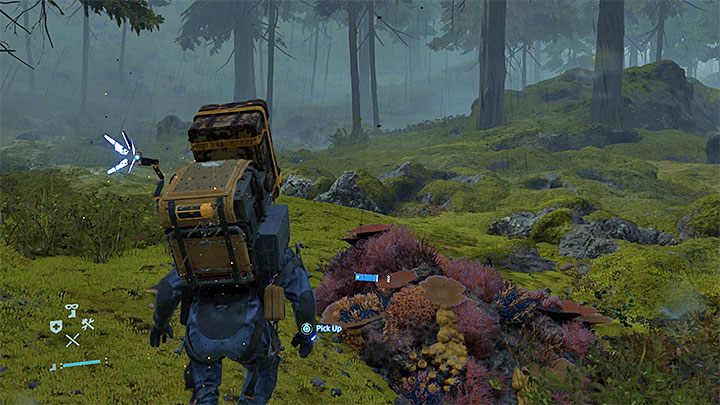 The main "use" of BB is to detect BTs, that is, the invisible creatures that you encountered at the very beginning of the game. After entering a location with BTs, the scanner will be able to point the location of the nearest creature. In the example from the picture above, the scanner informs that the creature is on the left. 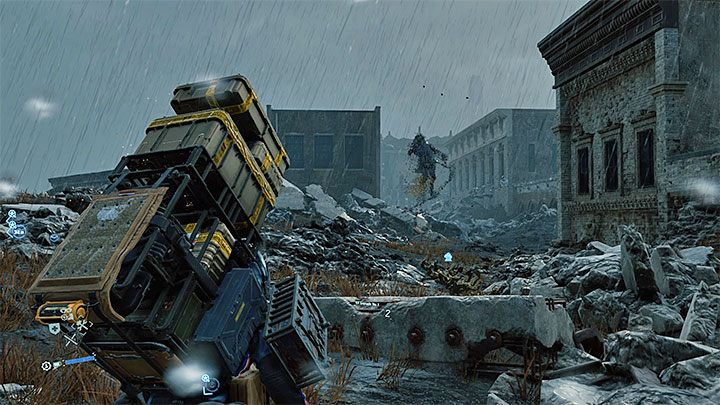 The scanner initially "blinks" white, but once you are near a BT, it will turn orange. You will be able to see the silhouette of a BT to make it easier to get around or attack it with grenades. 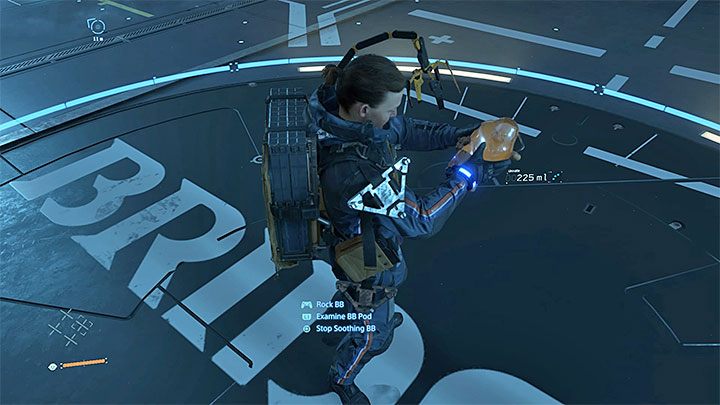 The scanner works correctly only if the BB isn't stressed out or ill. If you notice that the baby has started crying, hold L1 and select the option to sooth BB. Depending on the selected control scheme, you must move the controller or hold down the R2 button. 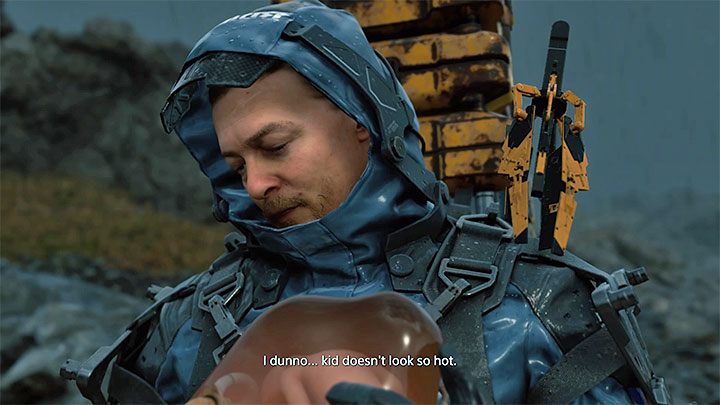 A more serious problem is when the BB will develop autotoxemy because it won't be able to detect BTs at all. You will experience this for the first time during Order #5 - Rare Metal Delivery: Waystation West of Capital Knot City. In the later parts of the game, this may be the result of putting the child under a lot of stress and ignoring attempts to calm it down.

The solution is to return to any Private Room of the hero. Once you're in the shelter, BB will go to the incubator where it can heal from the disease and make a full recovery.