On this page of the Cyberpunk 2077 game guide you will learn if you can get the Flathead without inciting a fight and thus complete the job peacefully.

The Flathead is a prototype combat robot that you have to retrieve on behalf of Dex DeShawn during The Pickup main job. You can complete this quest in a variety of ways, but most of them will result in a fight. However, there is a way to get the Flathead without bloodshed and without having to cooperate with Militech, allowing you to maintain good relations with the Maelstrom gang.

The Flathead - a peaceful resolution

Before you begin The Pickup job, you will need to put a substantial amount of money into your private account, as the Flathead comes at a steep price of 10,000 Eurodollars. There's a number of ways to earn this much money, such as completing side jobs, helping the NCPD to keep order on the streets and selling unnecessary items. Moreover, you cannot call Agent Meredith Stout to rule out cooperation with Militech. Meet up with Jackie in front of the All Foods Plant and then go to meet the Maelstrom gang leader. 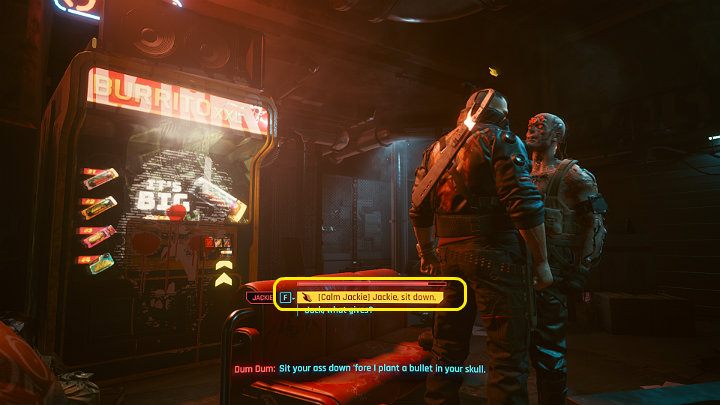 Instead of Royce, you will be greeted by Dum Dum, who will ask you to sit on the couch. Jackie will refuse, resulting in a fight. If you don't use the timed dialogue option to calm your companion down, the encounter will result in bloodshed and you will lose the opportunity to complete the job peacefully. 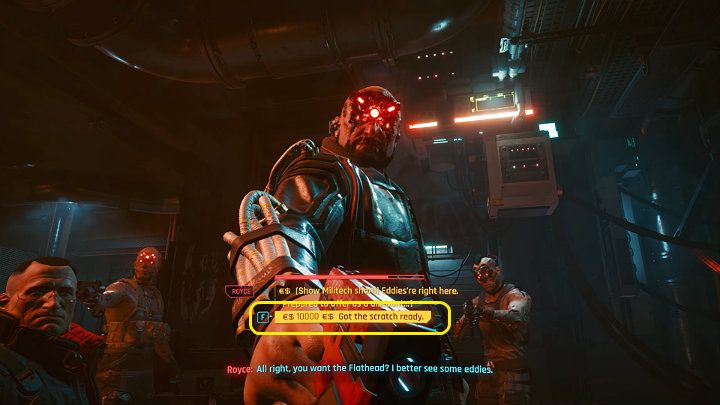 When Royce leaves his office and joins the negotiations, say that you have the money and are willing to pay for the Flathead. After a short while, the current Maelstrom leader will ask who you are working for and you will engage in some verbal sparring. 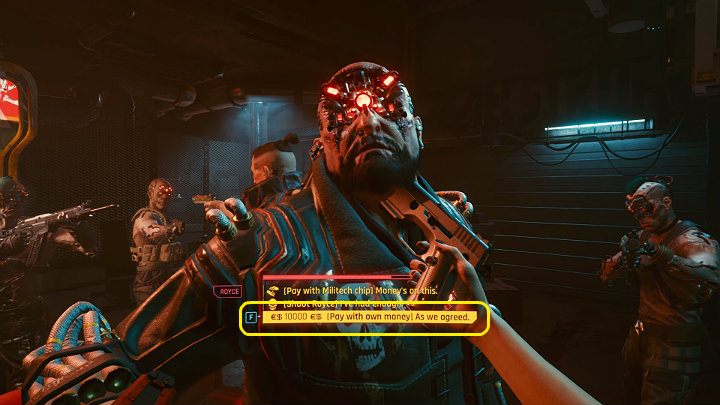 Royce will not be convinced that your intentions are honest, so pull out your gun and make him rethink your offer. Then pay him out of your own pocket, just as you had agreed. Now you can take the Flathead from the table and leave the All Foods Plant. Militech forces will not appear on the gang's territory and there will be no resulting fight.