On this page of our guide for Cyberpunk 2077 you will find a detailed walkthrough for the mission called Love Like Fire.

V, with the help of Jackie and T-Bug, acquires the Relic. Unfortunately, the mission went south real bad: T-Bug disappeared, and Jackie paid the highest possible price for it - he lost his life. When V meets Dexter to give him the chip, he is betrayed by the fixer and shot. 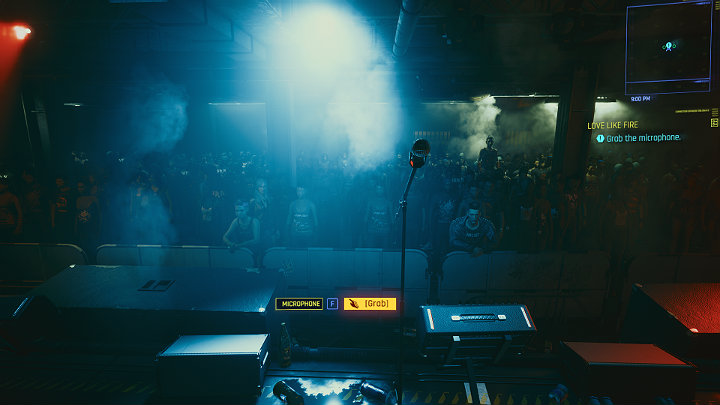 You can probably guess who's your current avatar - Johnny Silverhand himself. You are seeing a flashback from 2023, you are in The Hammer club. Go straight to the stage and grab the microphone. 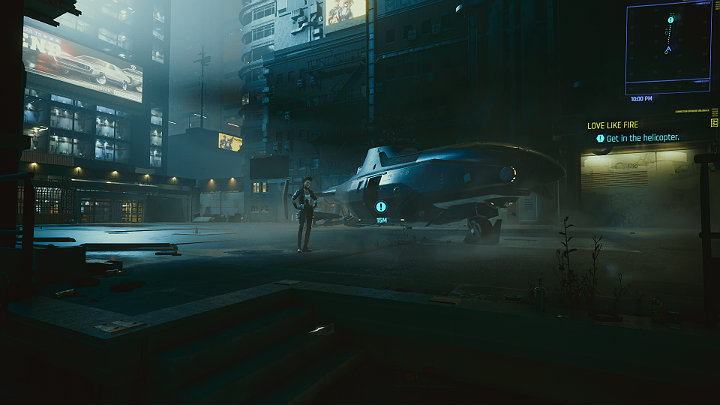 . Rogue and Shaiton are waiting for you there. Get in the helicopter and enjoy ta flight over the city. 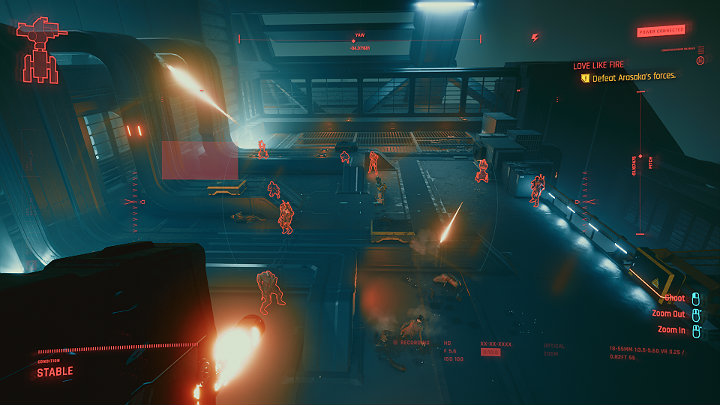 Wait until Shaiton is shot, then get on the machine gun and eliminate all enemies that are on the roof of the skyscraper, as well as the shooting turrets. When the area is clear, the helicopter can land. 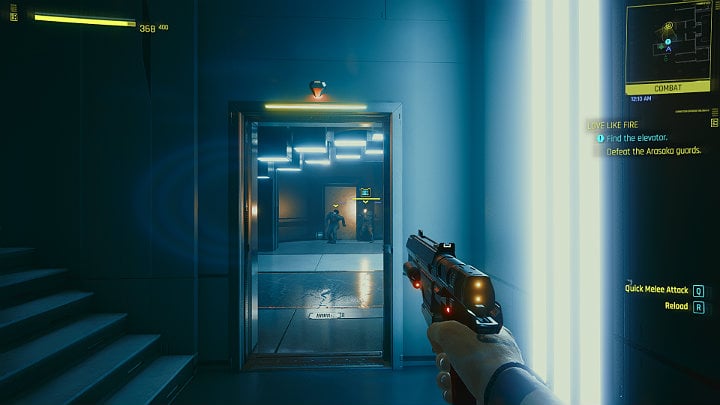 Get out of the helicopter and follow Spider Murphy. When the door to the building is opened you will be attacked by Arasaka's security so you will have to break through. 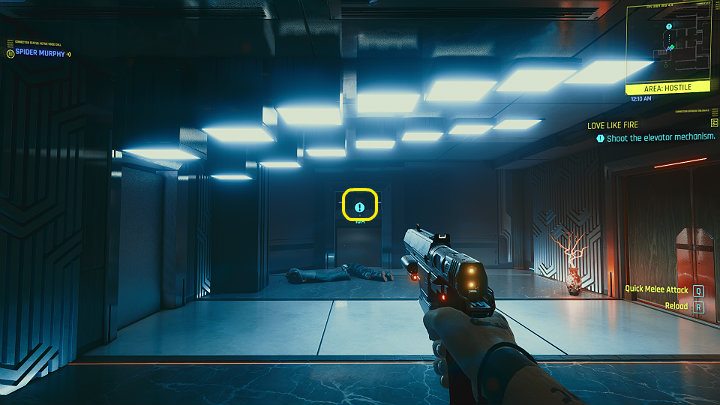 When you reach the elevator, open the door and place an explosive charge inside. Then go out into the lobby and shoot the elevator mechanism to make it fall down. Then talk to Rogue about what else you want to do here and go through the double door. 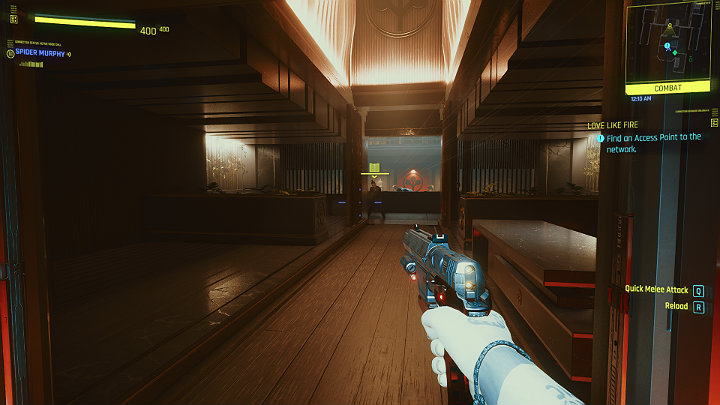 In the large room behind the door there are many security guards waiting for you, but they shouldn't cause you much trouble because Johnny has a powerful weapon. One accurate shot to the head effectively eliminates the target. 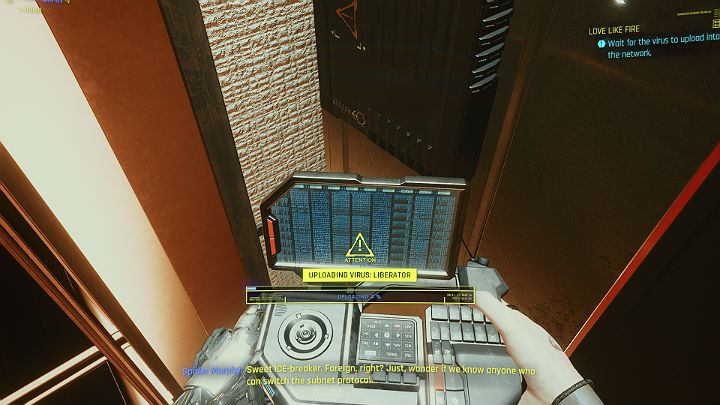 Take the stairs to the upper floor and proceed to the spacious office. You will find the access point on the wall on the left side. Jack in and upload the virus.

Return to the rooftop 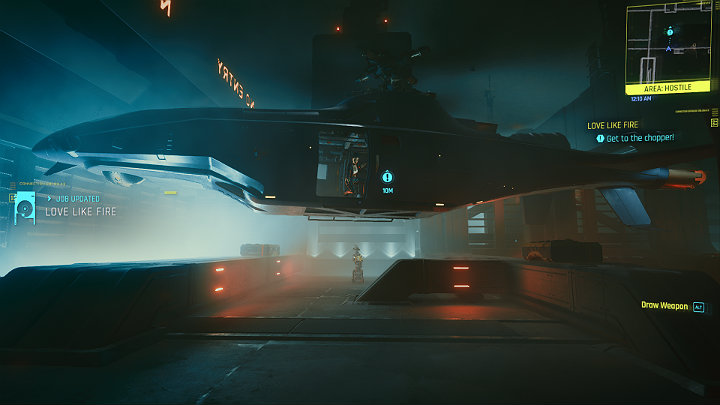 After the virus has been released into the network, you must evacuate the building. Adam Smasher and his men will stand in your way. After a short cut-scene, run to the roof and jump onto the helicopter. You will see another next cut-scene, after which you need to follow the instructions that will appear on the screen. After that, Love Like Fire will be completed.