On this page of the guide, you will find out if it's possible to change the appearance of V after starting the game. You might want to do it if it turns out you're not satisfied with the character you've created. 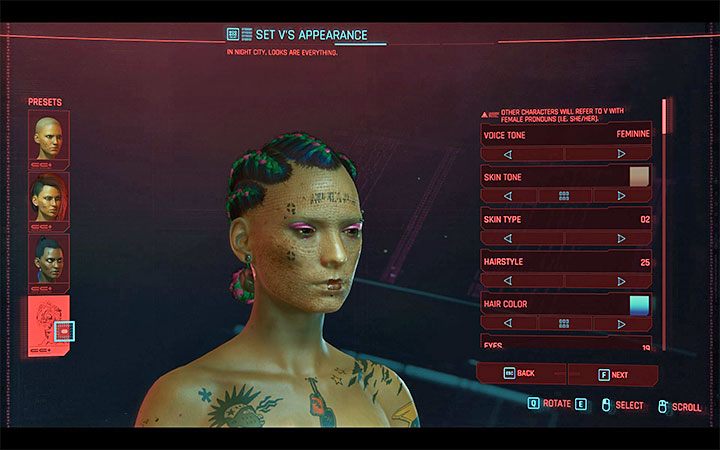 When you start a new game, you'll create a new character in the wizard, choosing the smallest of the protagonist's look – gender, voice, facial features, hair, tattoos, etc.

Cyberpunk 2077 does not allow you to change the look of V in the remainder of the game. So make sure you like the character, because the only way to create a different-looking protagonist will be to start all over again. Cyberpunk 2077 doesn't allow for the following actions after the actual game has started: 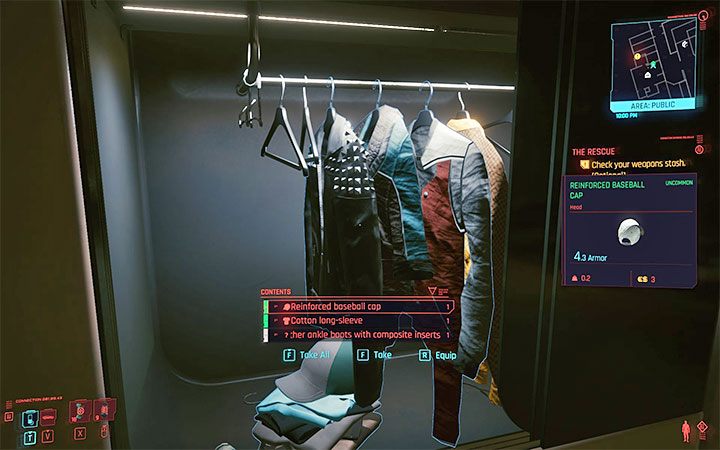 This doesn't mean, however, that you can't influence the appearance of the protagonist throughout the game at all. You can get new clothes that will be visible in the game. Each element of the outfit is described by its own statistics, thanks to which you can determine its usefulness and how much it will affect the Street Cred of V. 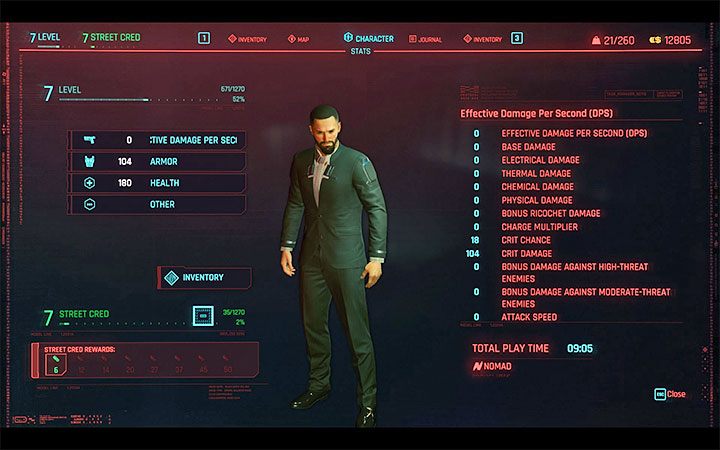 During the game you can also find, receive, or buy ready-made sets of items, i.e. items that are placed in a single clothes slot (e.g. a tuxedo).