On this page of the Cyberpunk 2077 guide, you will learn how to use smart weapons, i.e. weapons with auto-targeting. This is a very effective category of firearms. However, it requires the right cyberware.

Smart weapons - what are they? 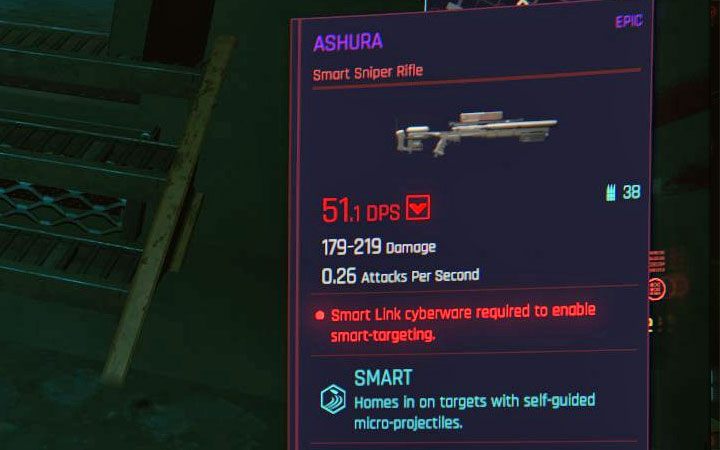 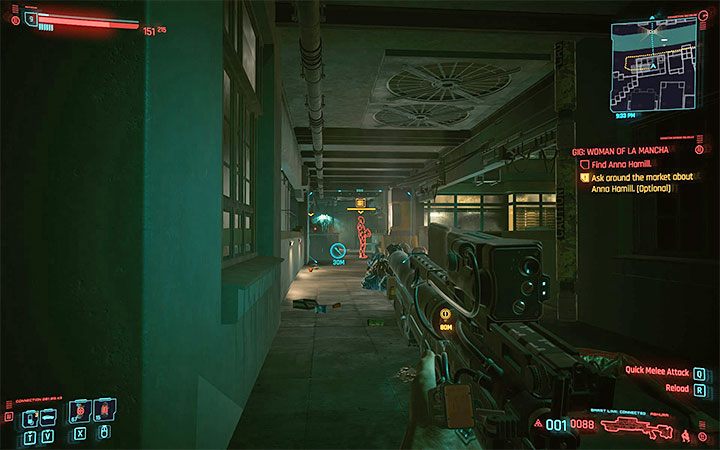 Smart weapons shoot micro-bullets which automatically move towards the target. The bullet does not fly in a straight line but is able to change its trajectory depending on where the attacked opponent is. This increases the chances of hitting the target. Smart weapons can be different types of firearms, e.g. pistols or rifles (as well as a sniper rifle in the example in the pictures).

Smart weapons are of course not without disadvantages. You cannot shoot completely blindly. Furthermore, bullets can still miss if, for example, the opponent manages to hide behind a cover quickly enough. 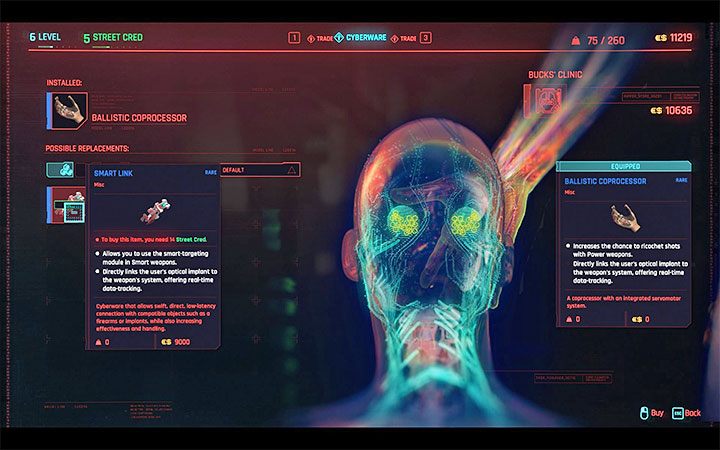 Smart weapons require a specific cyberware to unlock their full potential. It allows you to control their homing capabilities. This implant works directly with V's optics.

The most popular implant for Smart weapons is Smart Link. This is a hand cyberware and is offered by every ripperdoc. Unfortunately, you have to spend a few thousand credits on it AND have your Street Cred on at least level 14.

Until you get the implant, Smart weapons will work like any other firearm – the bullets won't follow the target. 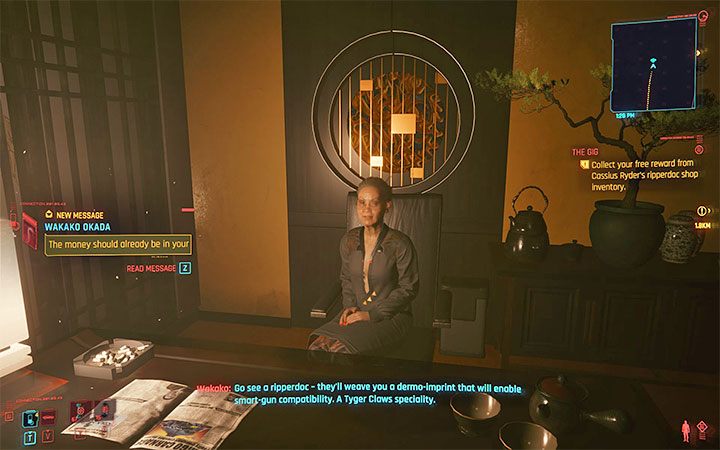 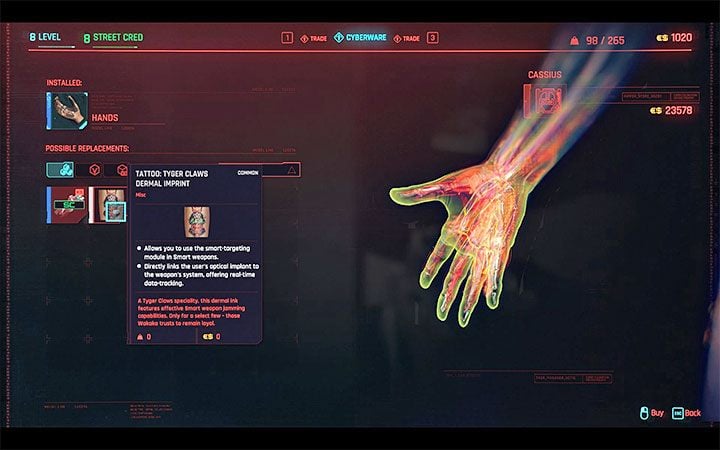 An alternative way to get an implant for Smart weapons is to complete The Gig side quest. You have to meet with Wakako in the Westbrook district to receive a reward for rescuing Sandra Doresett in one of the initial main game quests.

Wakako will give you credits and tell V that you can get a free cyberware. You can visit any ripperdoc and choose Tattoo: Tiger Claws Dermal Imprint. It has the same function as the Smart Link cyberware. 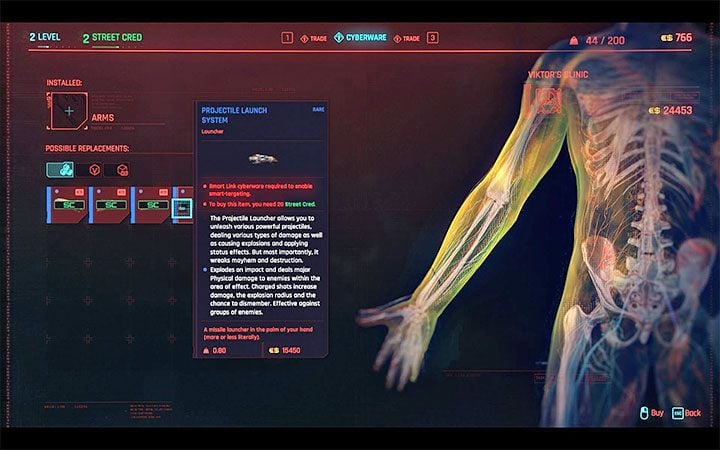 The cyberware for Smart weapons can be modified - these modifications can be found in the game world or bought with credits. For example, Projectile Launch System improvement lets you equip a missile launcher. It fires explosive projectiles that can inflict negative statuses on enemies.

First smart weapon - how to get it? 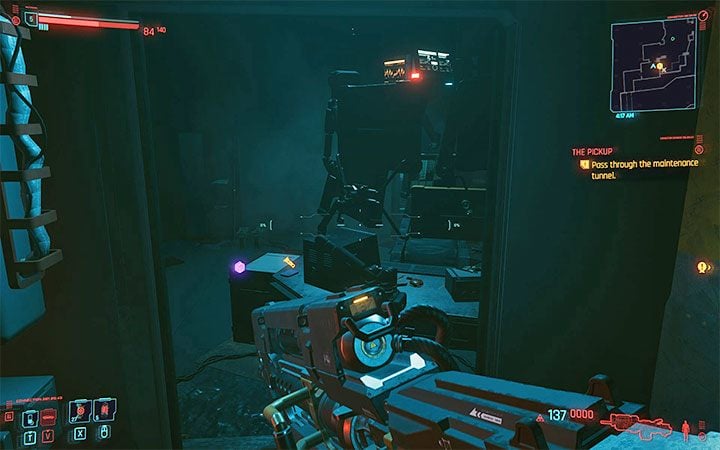 You can find Smart weapons throughout the game and they can be different types of firearms (e.g. pistols, rifles). One of the Smart weapons can be found at the beginning of the game. This weapon always appears in the same location. You will be able to make full use of it after you get the right cyberware.

The first smart weapon in the game is the Ashura sniper rifle. You can get it during The Pickup quest, specifically while searching for the Flathead bot in the All Foods factory. You can find the sniper rifle right after you get the box with the bot. Go to the room shown in the picture. 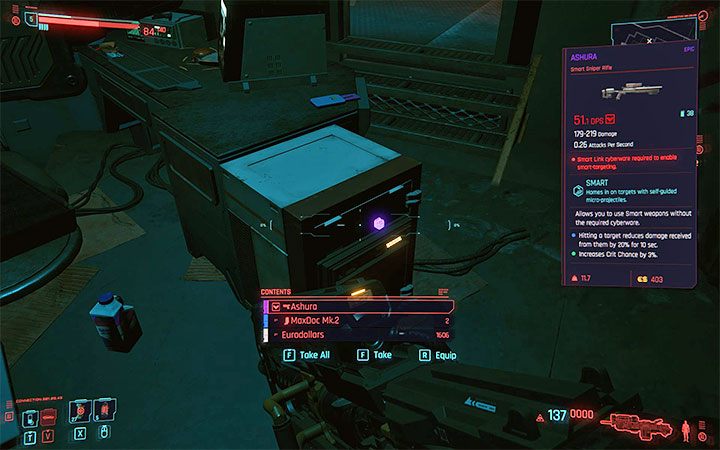 The sniper rifle is in one of the containers. The statistics and rarity of this weapon depend on V's current level. However, it will always be a Smart weapon.