"Wake the f*** up, Samurai, we have a city to burn" still lingers in your head since that E3 conference? This page of our guide to Cyberpunk 2077 will provide you with all the information about Johnny Silverhand played by Keanu Reeves. Johnny Silverhand is one of the main characters of the game, so we have prepared a complex note about him. Our guide explains, among other things, whether Johnny Silverhand is a playable character, is he able to help during quests as a companion, and does his presence affects the campaign.

The page contains some spoilers about Johnny Silverhand and his role in the game - this information can't be omitted when describing this character. However, we have not included any information about what the finale of Johnny Silverhand's story looks like or how can Johnny affect the end of the game. If you're looking for major spoilers, you can check out the List of endings page.

Johnny Silverhand - who is he? 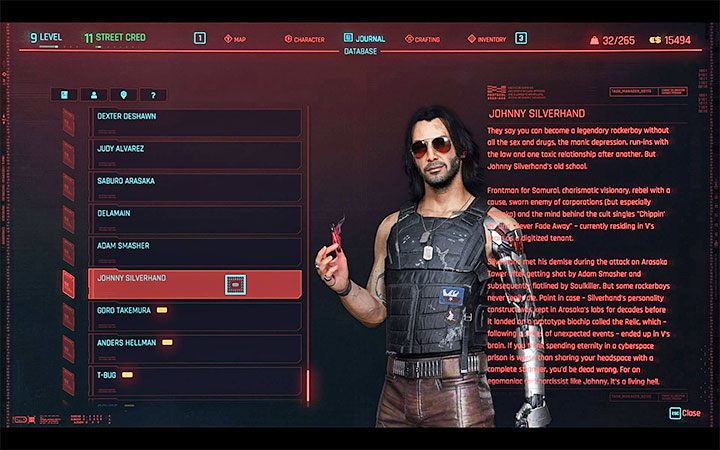 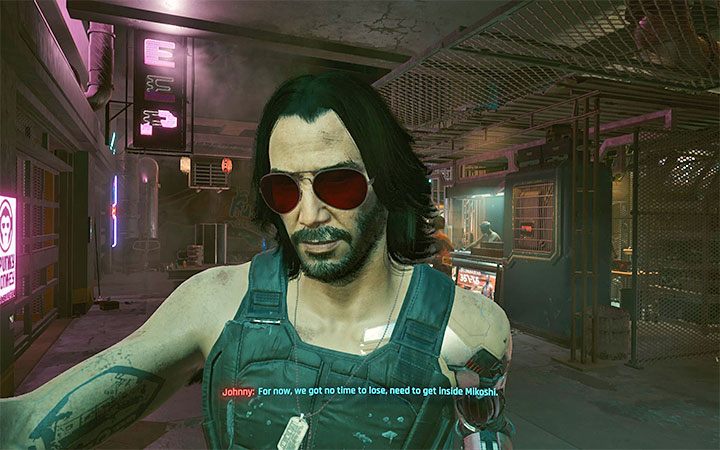 Johnny Silverhand, played by actor Keanu Reeves, has a very important role in Cyberpunk 2077's plot. He used to be a member of the Samurai rock band. However, he was also involved in anti-corporate activities aimed in particular at the Arasaka Corporation.

In Cyberpunk 2077, Johnny Silverhand is a kind of virtual entity - his identity was recorded on a biochip, which is placed in V's brain early in the game. Silverhand and V become inseparable because the main character will not be able to easily get rid of the chip with Silverhand's identity.

Johnny Silverhand does not appear in a physical form. Instead, he takes the form of something like a digital spirit - only V can see and talk with him. Other characters cannot see or hear Johnny.

Despite being a virtual being, Johnny has his own aspirations and personality. He is also neither good or evil. Silverhand is not created to be a typical villain, but we know what his aspirations are and we find out how he wants to finish what he started.

Johnny Silverhand's role in the game 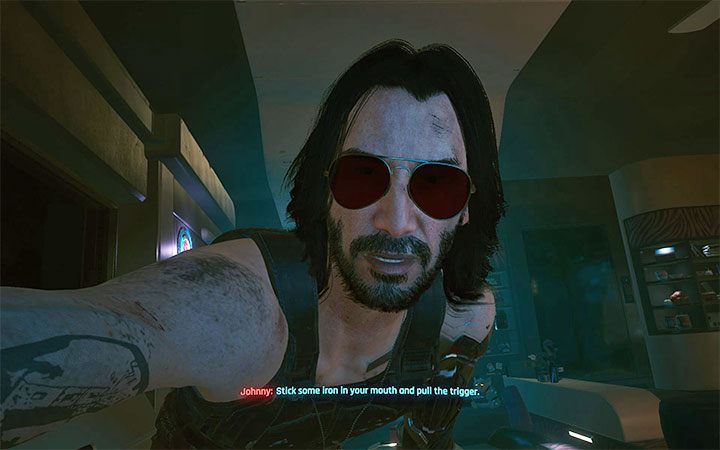 Johnny Silverhand is not a typical companion who can actively assist V during the quests. He cannot "materialize" himself to join a conversation with some NPC or offer V support in winning a fight.

Johnny should be treated as an advisor. He may suggest V how to behave in a given situation or share his knowledge about events or encountered characters. V is not forced to fulfill Silverhand's requests or behave as Silverhand wishes. As a player, you have full control over V and the decisions you make.

Johnny Silverhand - is he important to the story? 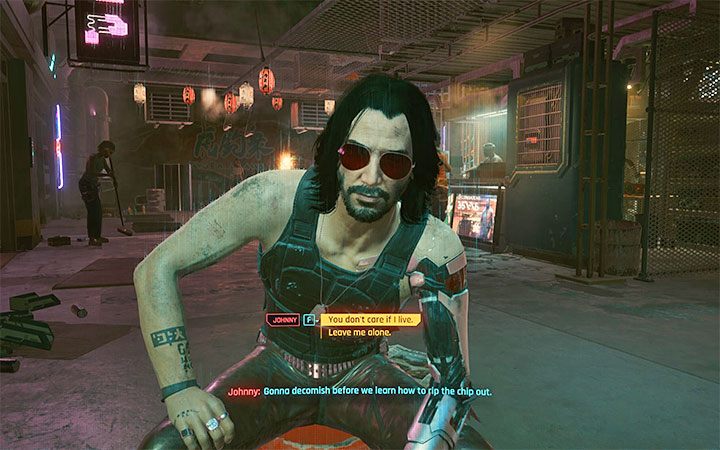 Yes, Johnny Silverhand is one of the most important characters in the game. He is has a huge impact on the main storyline and appears in many main and side missions. You won't meet him at the very beginning of the game – the first act of the campaign should be treated more as an introduction to the story.

Johnny - is he playable in the game? 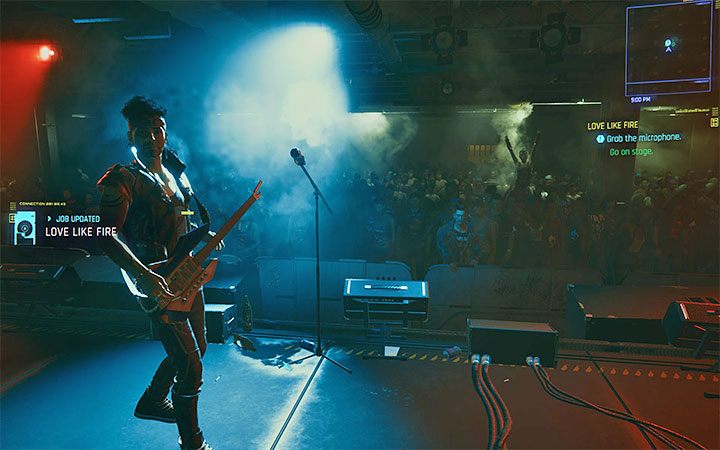 Yes, but Johnny Silverhand won't completely replace V. There are only a few parts in which you can play as Johnny Silverhand. This will help you know this character better and experience the events that led Johnny's consciousness to be placed in a biochip.

Is Johnny Silverhand a good or bad character? 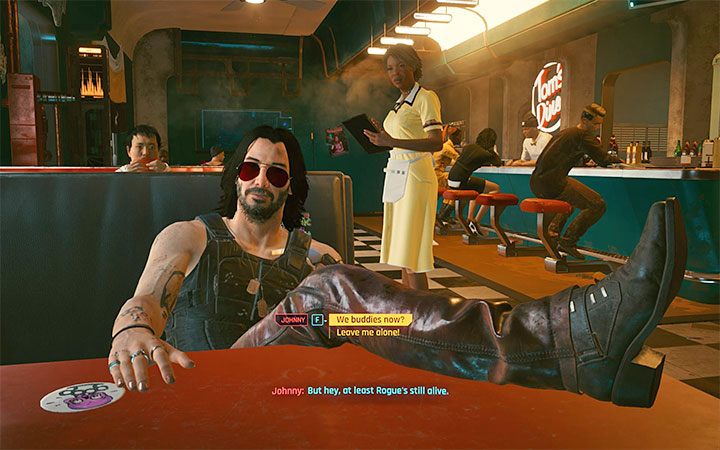 This is not a question that can be answered unequivocally. You will learn more about Johnny Sivlerhand's motivations as you progress through the game. Every player will have a different opinion about Johnny – some will follow Silverhand's suggestions, others will try to thwart his plans.

Is it possible to romance Johnny Silverhand? 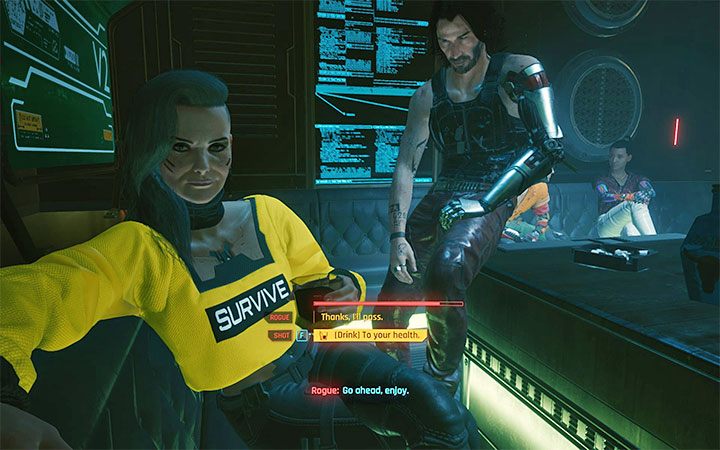 The developers didn't provide this option. You can't romance Johnny Silverhand. As you go through the game, you can get to know the two female characters who were in a relationship with Johnny - Rogue and Alt Cunningham.