On this page of the Cyberpunk 2077 guide, you will find a detailed description of creating a new character using the in-game creator.

The character creator in Cyberpunk 2077 is very extensive and allows players to create an original character in terms of appearance and physical characteristics to perfectly match their style of play and reflect the relevant character traits. You will be able to choose, among others, the character's gender, origin, attributes, and appearance. If you want, you can also decide to select one of the pre-made Vs.

When choosing V's origin, you have to keep in mind that in Cyberpunk 2077 some of the events or dialog options may differ depending on your choice. Each of the lifepaths also has its own starting location and story background. Thanks to this solution you can have multiple playthroughs of Cyberpunk 2077 and discover new plotlines or hidden elements each time.

The life of the Nomads has never been one of the easiest. They gain their livelihoods in various ways: wandering around the Badlands, looting scrap yards, robbing fuel depots. The Nomads value sincerity, truth, and family ties the most – qualities that cannot be bought for any money and that few Night City residents have. 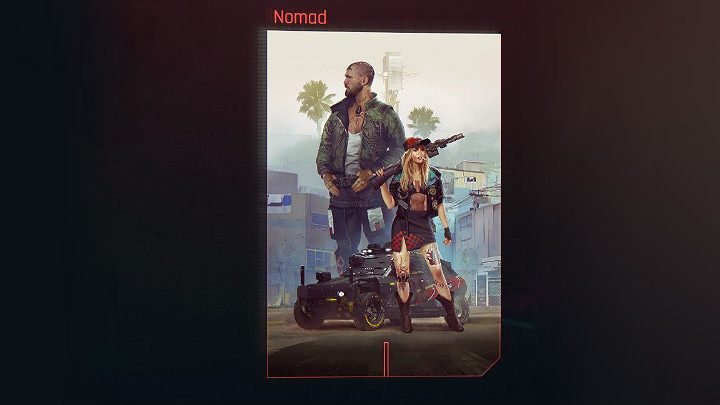 Life on the street is not easy and has its own rules – if you want to survive in such difficult conditions, you have to fight for it every day. As a resident of Night City, the Streetkid is very familiar with the criminal world and knows how to speak with gangs and all kinds of criminals. 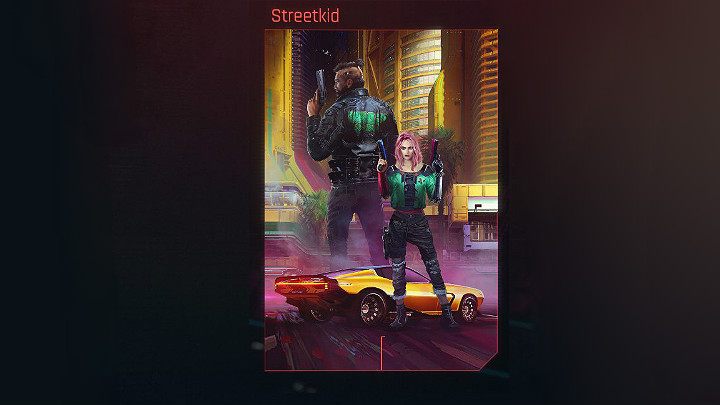 Corporations can make a person lose their feelings and deprive them of their lifes. If you manage to get out of this world, you won't do this unharmed. In a corporation, you do everything to survive and win, because that is all that matters. Bending the rules, using closely guarded secrets, blackmailing and extortion is something common here. 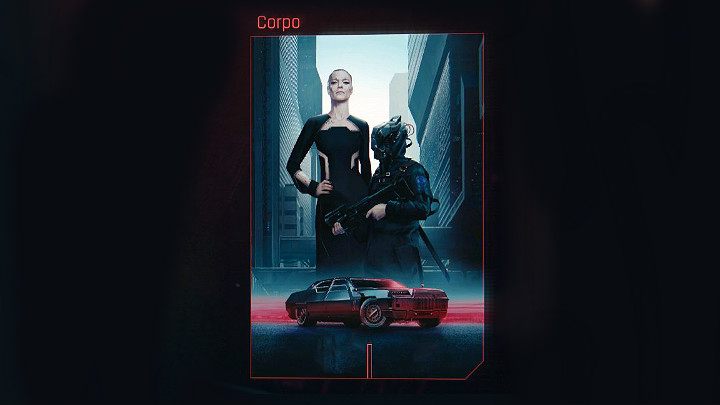 At this stage of creating a new character in Cyberpunk 2077, you can choose whether you want to play as a male or female V. It is worth noting here that the gender of your character can sometimes influence the behavior of other characters you encounter during the game. 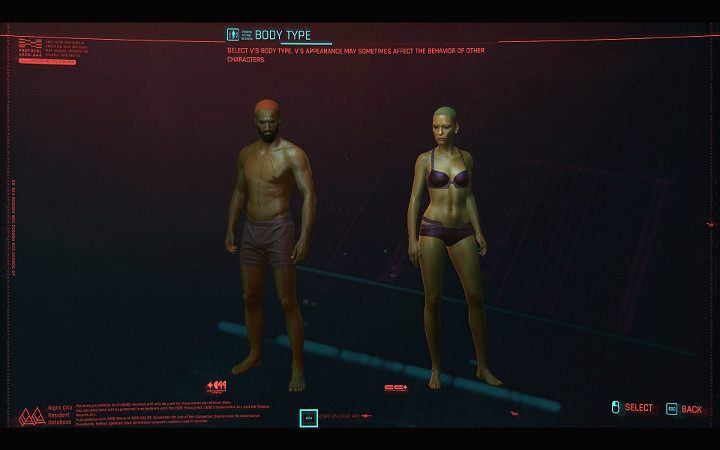 The next step in creating your character in Cyberpunk 2077 is to adjust the appearance and some other additional features. Each customizable element offers several different options or a color palette. 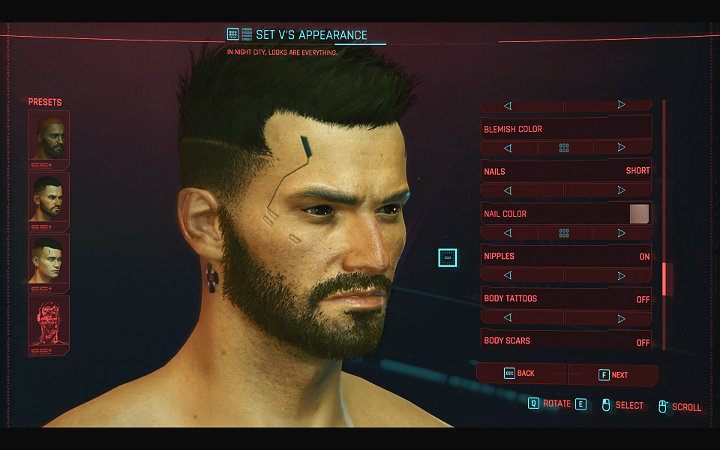 You can modify the following elements.

The next step in creating your character in Cyberpunk 2077 is to allocate attribute points in such a way as to best reflect your playing style. It is also worth noting that the attributes are closely related to specific skills and character statistics. 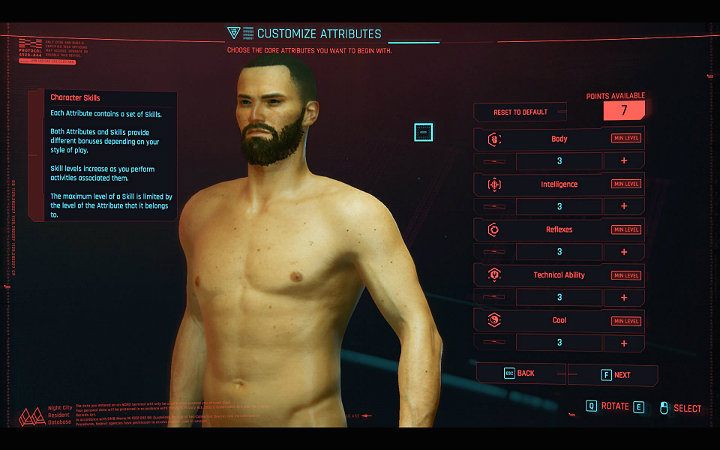 Character development in Cyberpunk 2077 is based on 6 basic attributes. While creating your character, you can distribute the available points by using the plus and minus buttons.

On the last tab of the character creator in Cyberpunk 2077, you can finish creating your character or check your previous choices. If you have made a mistake, you will be able to fix it quickly by returning to the specified tab. 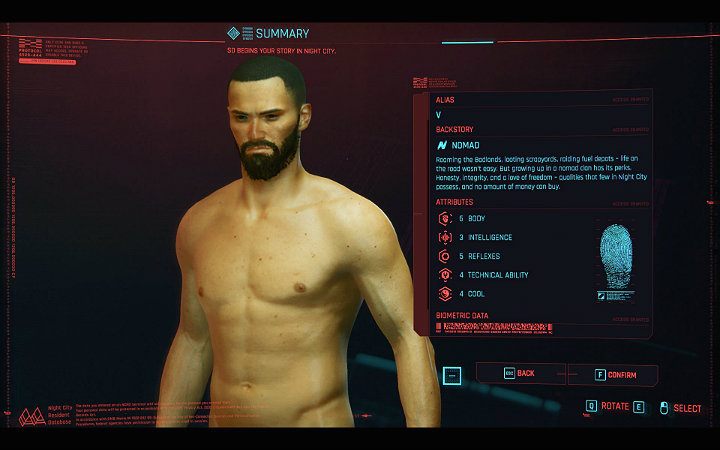