This page of the guide to Age of Empires 4 provides a walkthrough of The Battle of Patay mission in The Hundred Years War campaign. You will learn how to destroy the blockades and take St. Sigmund back, as well as how to defeat the English troops.

Once the mission begins, select your army and move forward. Then defeat the enemy army that will suddenly attack you. 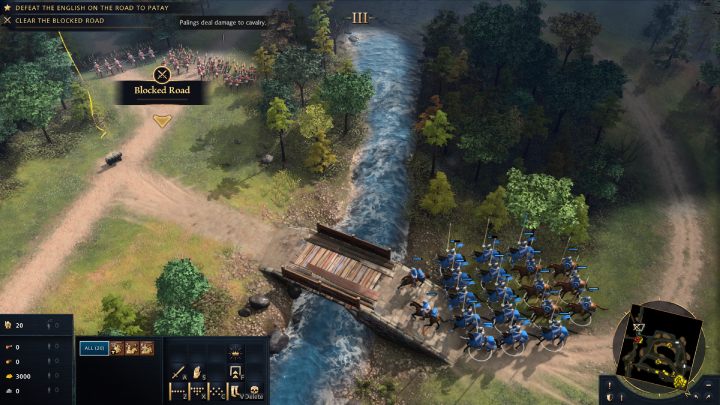 The next mission objective will be to destroy the palisade blocking the road. Go around the path and eliminate all enemy units. Pick up the chest with gold inside and buy additional soldiers. Invest in another squad of Royal Knights, a group of archers and infantry.

Then head along the road to the town of St. Sigmund. 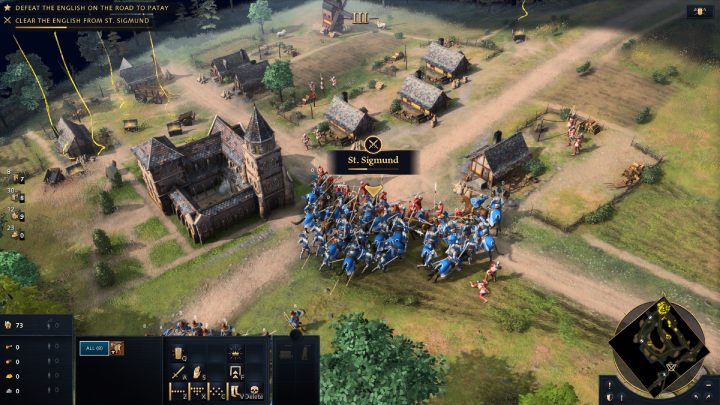 In St. Sigmund defeat some enemy units to clear the city. Don't forget to pick up the chests with gold lying around.

Buy up some new troops and head northeast.

You will arrive at another palisade after a while. 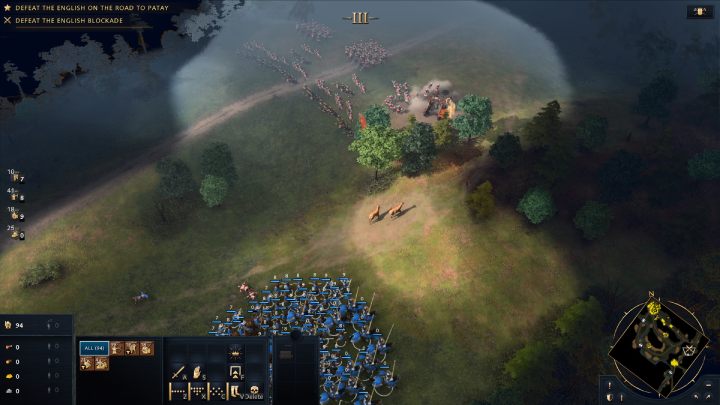 Enter the forest and go around the blockade to attack the enemy from behind. This time the enemy squad will consist of more units and several war machines.

Once you destroy the blockade, pick up the gold chests and purchase new troops. 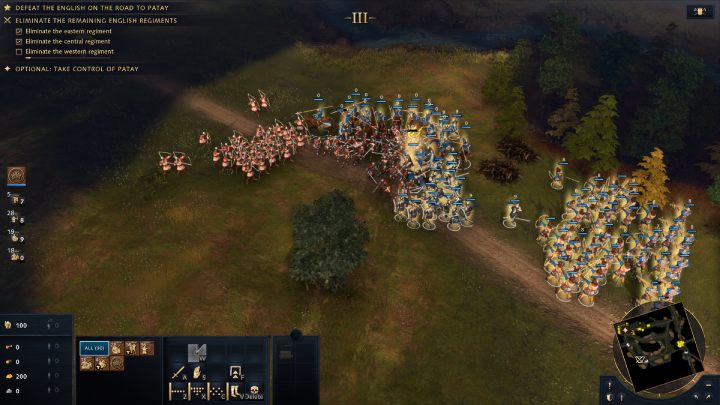 Defeat the remaining 2 regiments approaching Patay. These squads will consist of infantry, archers and several war machines. If you have collected the chests of gold and added new military units along the way, you should have no trouble winning the battle.