This Age of Empires 4 guide page provides a walkthrough of The Combat of the Thirty mission from The Hundred Years War campaign. With our tips, you will win the battle of Halfway Oak.

The mission begins with getting allies to fight the English. The order of recruiting allies is arbitrary, but we recommend that you use the following tips. 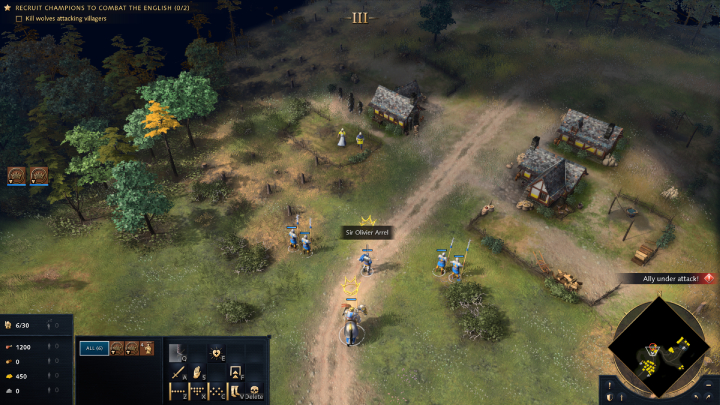 Mark Marshal Jean De Beaumanoir and go to the designated location on the map. You will be joined by Sir Olivier Arrel along with several spearmen.

Then kill the wolves attacking the villagers. 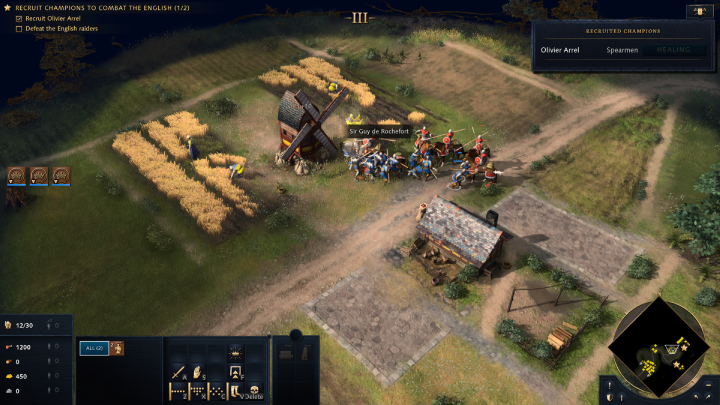 Follow the path and approach a French champion called Sir Guy de Rochefort - he will be standing by the farms and mill. After gaining new allies, defeat the English horsemen raiding the village. 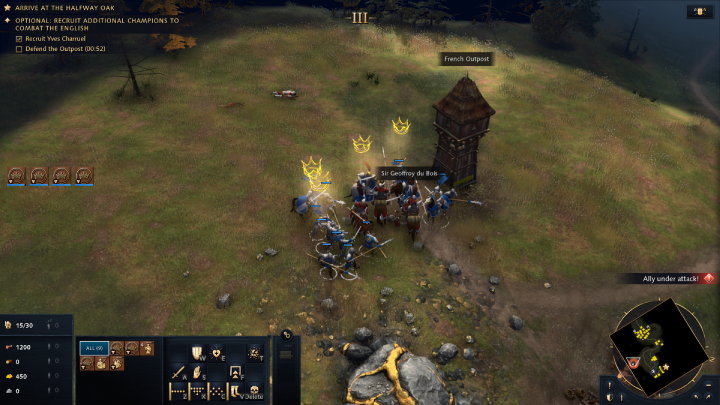 Then head southeast. Sir Geoffroy du Bois will be standing by the observation tower. Together with your new ally, you will have to defeat the English archers and defend the post for a certain amount of time. The counter will be displayed in the upper left corner of the screen. 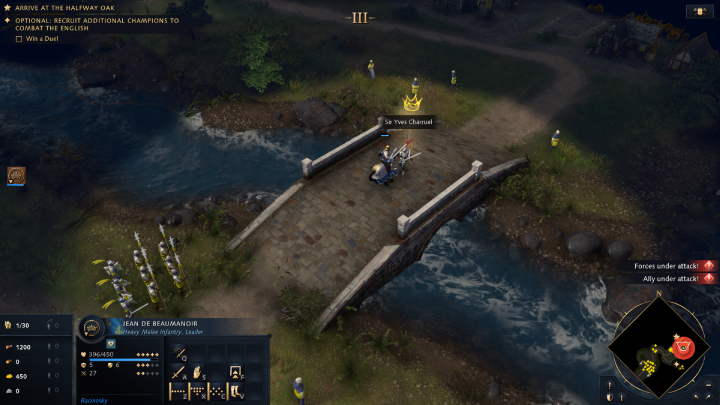 Follow the road east until you come to a bridge. There you will have to fight a duel with Sir Yves Charruel. Keep attacking him until half of his life bar is gone.

Then select all your troops and enter Halfway Oak.

The battle of Halfway Oak

The next mission objective will be to win the arena battle in Halfway Oak - it has 2 parts. 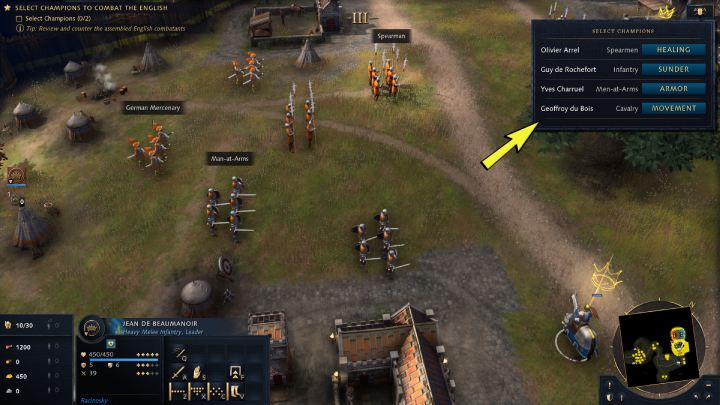 Your allies will be displayed in the upper-right corner of the screen. Choose 2 champions along with their soldiers and head to the arena.

The English army will consist of just infantry, spearmen, and a few knights. For this battle, we recommend choosing Sir Olivier Arrel with his spearmen and Yves Charruel with his strong infantry. 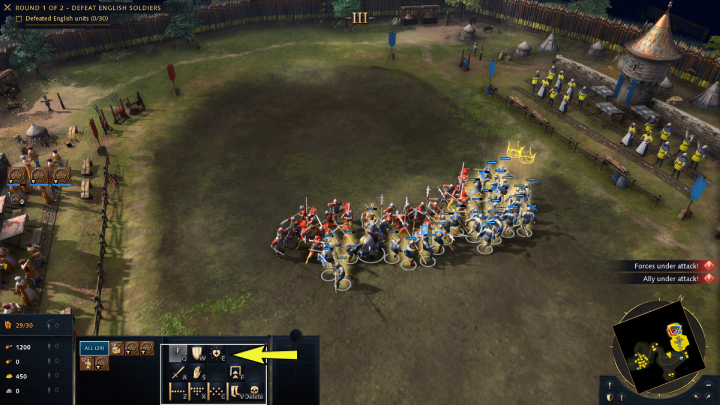 Once you enter the arena, you will start the first part of the battle. Your task is to survive the battle and suffer as few unit losses as possible.

When the battle begins, use the abilities of your leaders. However, leave Healing for until you notice that the health level of your soldiers begins to drop drastically.

Watch out for the health of your leaders, you will need them for the 2nd battle. When you notice them receiving serious damage, try to get away from the attacker. 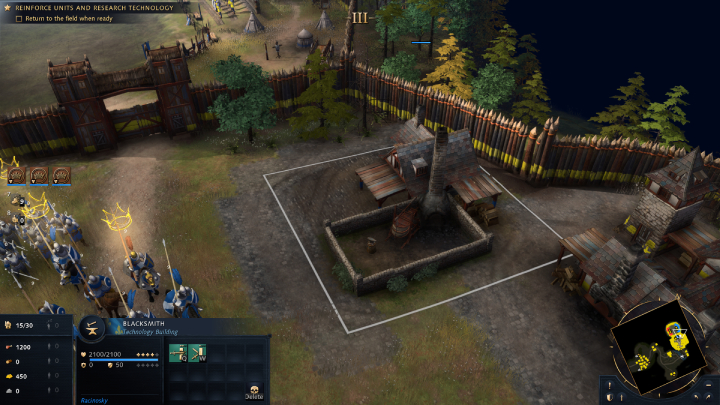 After killing 15 English soldiers, you will end the first part of the battle - your army will leave the arena. Click on the blacksmith building and purchase the available upgrades.

Enter the arena and begin the 2nd part of the battle. Use your leaders' abilities and watch out for their health bars. When the army's health level decreases significantly, use the Healing skill.

Defeat all enemies to complete the mission.