The following page of the Age of Empires 4 game provides a walkthrough of Second Battle of Lincoln mission in The Normans campaign. We'll explain how to successfully defend Lincoln Castle and how to destroy enemy buildings. At the end of the page you can find some tips regarding destroying the French army camps. 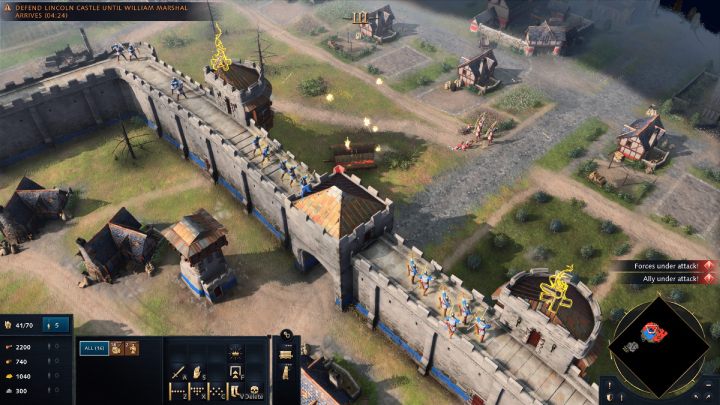 At the start of the mission you must repel constant enemy raids. There's a counter in the upper left corner of the screen, showing the time remaining until reinforcements arrive.

Place your archers and crossbowmen on the city walls. Attack the enemy siege machines with your infantry. Hire one of the workers to rebuild the damaged fortifications.

In the meantime send workers to the nearby village marked in grey on the minimap. 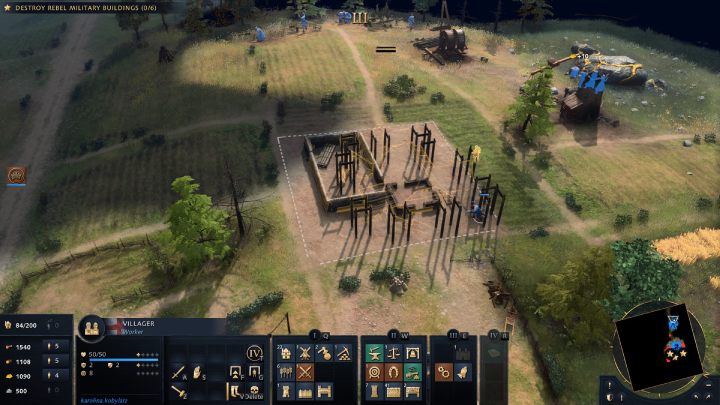 Once William Marshal arrives with his troops, you'll gain control of the city of Stowe. Send some workers to the nearby gold mine and build a Mining Camp next to it.

Create some additional workers and build all necessary military buildings. After getting all the resources you need, build a Landmark to advance to the next age.

Buy all the available upgrades for your army and create a few siege machines in the Siege Workshop. 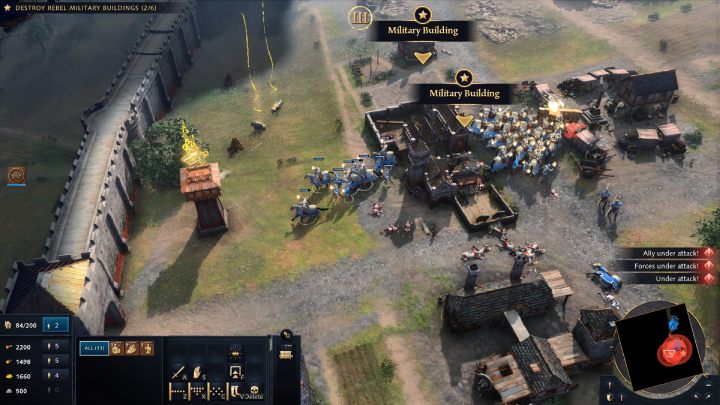 Your next mission objective is to destroy 6 enemy military buildings. Gather your army and head north from Lincoln Castle.

Destroy the guard towers and hostile buildings as soon as you can with battering rams. Dispatch the enemy units with your infantry and archers. Pursue the survivors with your cavalry.

There are many crates near the enemy buildings. Look around the area and find all the resource crates. 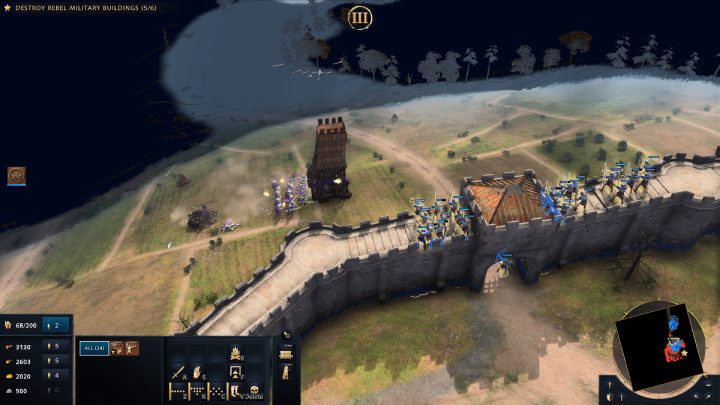 As you're destroying rebel buildings, you may be attacked by groups of enemies from the west. Remember to place some archers and crossbowmen on the walls, they should easily handle the attackers. 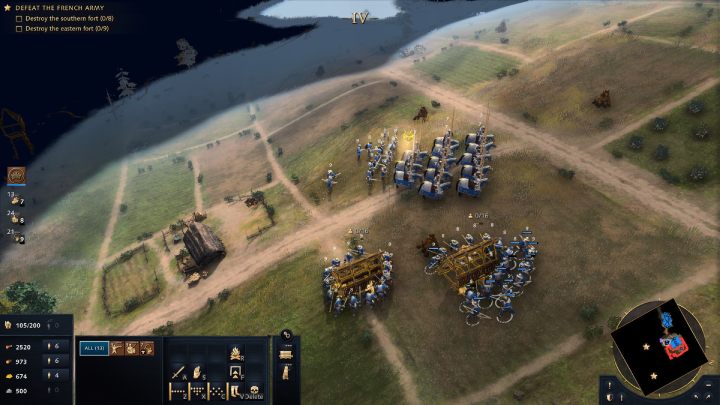 The final mission objective is to destroy 2 French army camps.

Prepare your army, your trebuchets, battering rams and other machines, and head to the first camp to the south of the castle.

Remember to leave some soldiers behind to defend Lincoln. From time to time, the city could be attacked by enemies from the second camp. 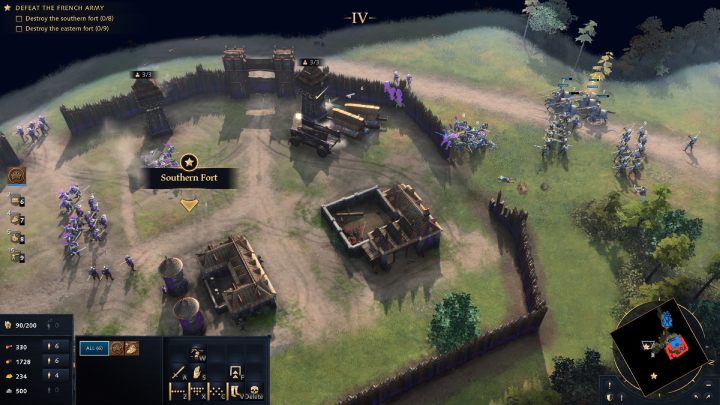 The French camps are surrounded by wooden fortifications. Use trebuchets and other machines to get through them quickly.

Attack the approaching enemies with your infantry and ranged units. Use cavalry against hostile archers and crossbowmen.

Try to destroy all the watchtowers in the fort as soon as possible, at the same time keep creating new units to support your army. Set all the buildings in the southern camp on fire to wrap up your assault. 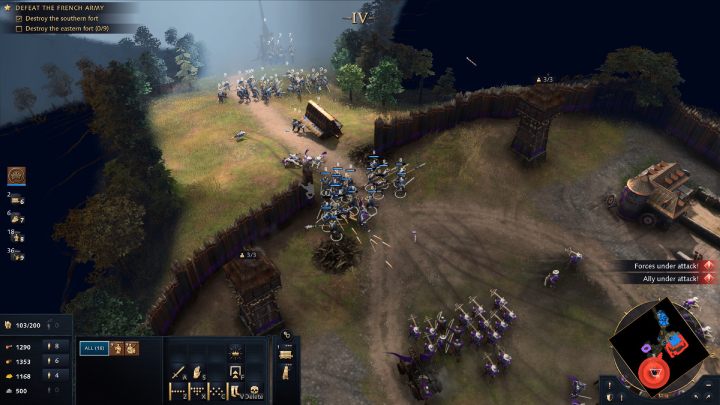 Create some new units, gather your army and head east to the second fort.

The second fort is located on a hill, which means the enemies have the height advantage over you. Try to lure the enemy units out of the camp.

Destroy the nearest watchtowers with siege machines and dispatch the French squads one by one.

The enemy can also use machines which deal massive damage to your units. Destroy them as soon as possible with a separate group of archers and crossbowmen.

Finish off the survivors and destroy all buildings in the eastern camp.