This page of the Age of Empires 4 game guide answers the question of how to destroy the stone walls of a city.

Wooden buildings and fortifications can be destroyed easily by fire. Your troops, and even your workers, can burn down all the wooden buildings.

Stone constructions are resistant to flames, so your units won't be able to destroy the stone walls and gates that defend the entrance to the city. You will need siege engine to bring down solid walls. 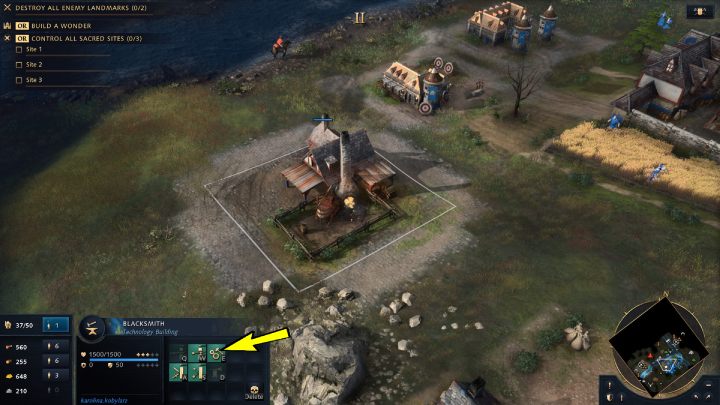 Battering rams are war engines which purpose is to destroy gates and walls. You will gain access to them when your city advance to the Feudal Age. Build a Blacksmith, and then buy Research Siege Engineering from it.

By researching siege engines, you will unlock the Battering Rams and Siege Towers.

War engines can only be built by military units.

Battering Rams and others are slow military units, unable to attack armed enemies. They can only be used to destroy fortifications and buildings or to storm fortified walls.