On this page of the Age of Empires 4 guide, you will find starting tips. Here you will find a lot of useful information that will help you to start your adventure.

Never leave your settlements unattended. When setting out to conquer a land, make sure that the town is protected by several groups of soldiers, stationing on the main roads leading to the settlement, or bridges.

As you develop your towns, remember to build protective walls and towers to defend your buildings and citizens from the enemy units.

Use your military units appropriately: 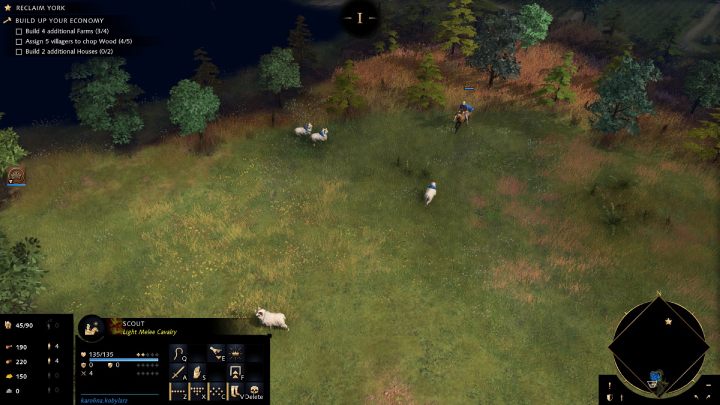 Scouts are the fastest rider-type units and have many uses. With them, you can quickly explore the area around the settlement. They are also used to gather sheep.

When a scout moves up to a sheep, a stripe in the color of your banner will appear on its body. The animal will immediately start following that scout. You can select the sheep you found by holding down the left mouse button and ordering them to go to the village.

Although the scouts are equipped with weapons, they are not suited for defending towns on their own. When you are setting out to conquer a land, always leave a few military units to protect your cities. 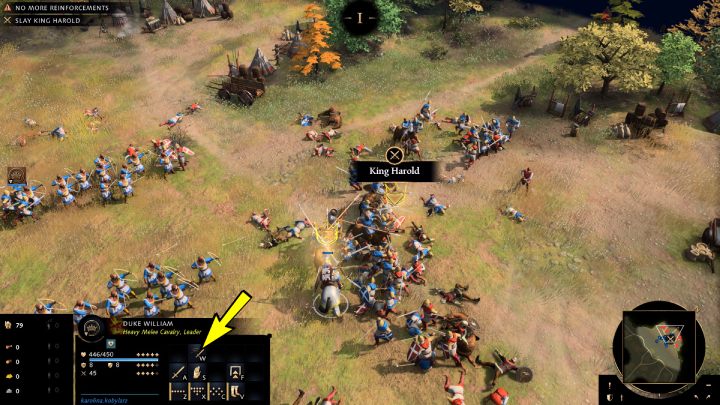 Warriors and leaders have special abilities. You unlock new abilities as you develop your towns and advance to the next eras. You can check the current skills of your soldiers by clicking on the selected unit.

Archers can revive a wounded leader with the Revive Leader skill. After selecting the ability, left-click on the commander to revive him.

Special skills are extremely helpful. Familiarize yourself with all the abilities of your soldiers - using them skillfully will certainly help you win many battles.

When expanding your settlement, you must ensure that you have enough raw materials. Hire residents to cut down trees and kill wildlife or sheep. Building the farms will allow for continuous food production. Additional houses will increase the maximum number of inhabitants that can live in your settlement.

Find out what materials you will need to build Barracks to start creating your army as soon as possible. New buildings will be unlocked when the settlement advances to the next era.

You will be promoted to the next era by building special buildings (Landmarks), which usually require huge amounts of different resources. By advancing, you will unlock things like a Stable and an Archery Range. 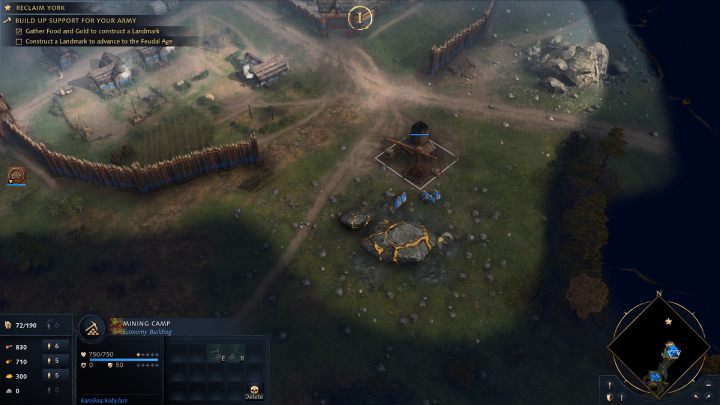 Resources deposits such as gold and stone are often far from cities. You don't have to build new settlements around them or wait for your citizens to transport materials to the nearest town. Build a Mining camp around a mine to store raw materials.

You can set up Lumber camps near forests. Place Mills to store food from nearby farms and animals. 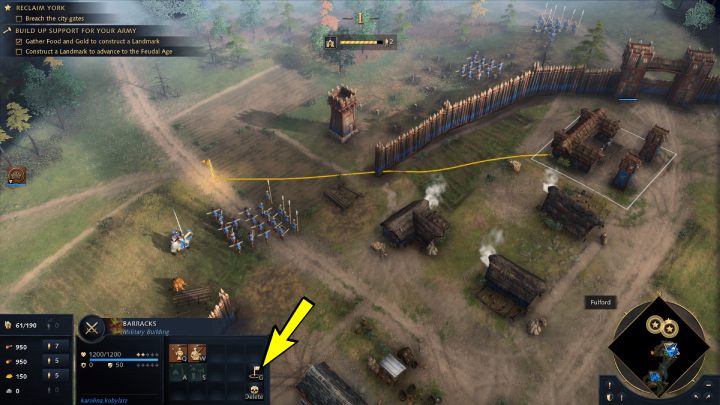 Each building that produces military units has the so-called Rally Point where the newly produced warrior will go. You can set multiple rally points by holding down Shift. If for some reason the new unit is unable to go to the designated location, it will proceed to the next point.

When you are preparing for conquest or just trying to take over an enemy town, set up rally points near the battlefield so that the produced units will immediately join your army. If you want to protect your settlement, set up points along roads or on the outskirts of the town.