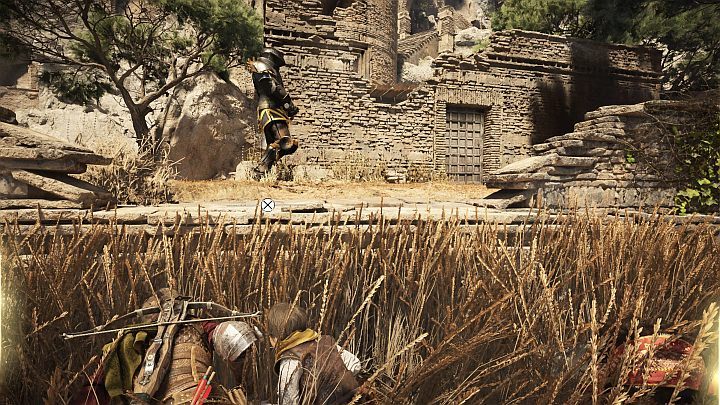 Soldiers in heavy armor appear in later chapters of the game. You can avoid some confrontations with them - sneaking around will save you resources and reduce the risk of attack.

In the final chapters, defeating some enemies with heavy armor is mandatory. You must remember how to act.

Damaging armor and killing a soldier 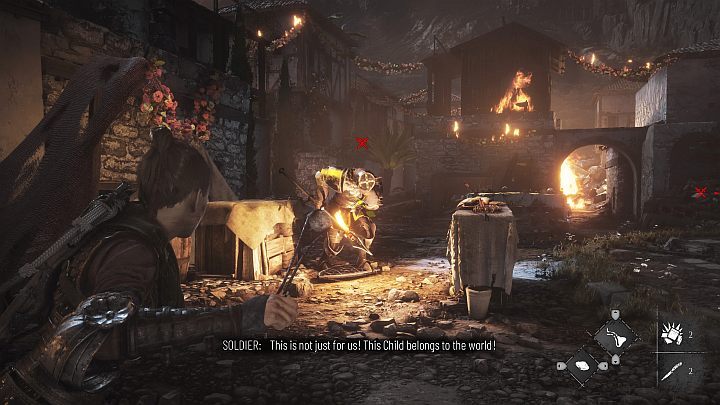 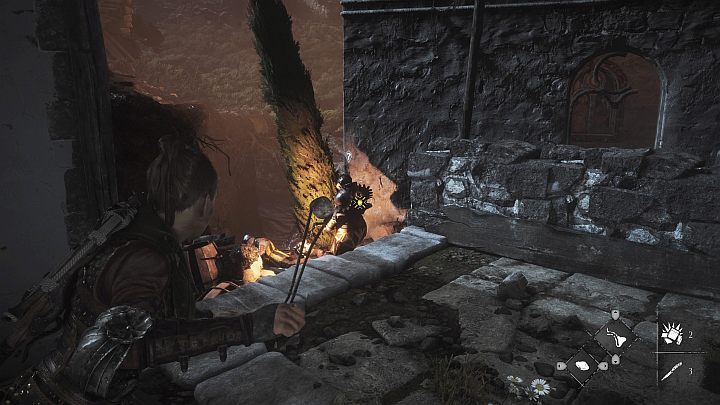 The soldier's heavy armor blocks all of Amicia's attacks - the heroine cannot kill her opponent with a slingshot, vessels or crossbow.

Your task is to damage the armor by hitting its weak point with the slingshot. It can be located:

If possible, take a shot from hiding. The enemy will be alerted only after he loses some of his armor. 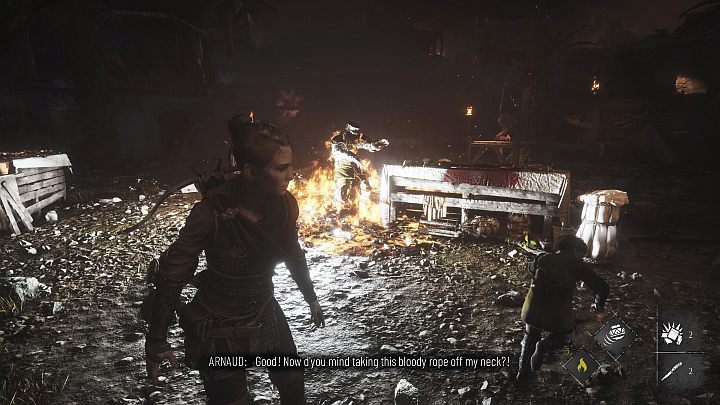 After the heavy armor is damaged, you can kill the soldier. However, you can't do that with the simple slingshot. Instead: