Chapter 15 - Dying Sun is your final battle against human enemies in Plague Tale: Requiem. Our walkthrough explains how to survive the battle near the shipwreck, how to kill the Count and how to ward off the rats with a mounted flamethrower.

Regroup with Lucas and Sophia 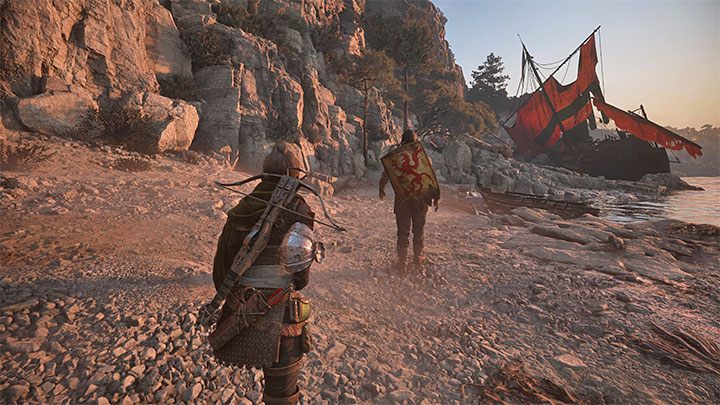 You start this chapter on a beach. You'll learn your ship has crashed on the shore. Set out along the beach to reach your allies. You don't need to hurry, but there's nothing to find here either. Reach the rocks and squeeze past them. 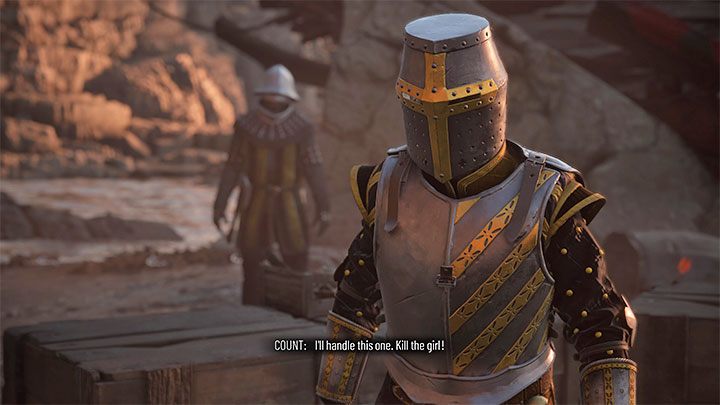 During this confrontation you won't fight the Count directly - Arnaud's the one dueling him.

Your job is to deal with the soldiers assaulting the beach. Take advantage of the arena's size. Avoid the enemies' melee attacks and take cover from ranged attacks. You can also explore the area to find supplies and craft more gadgets. 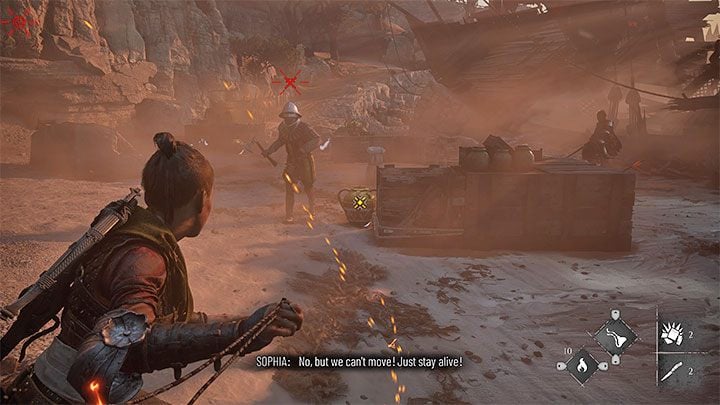 As a reminder, unarmored enemies can be killed with a sling, though you should still do so from behind cover.

Most enemies, however, will be wearing armor and headgear. Against them you should use the crossbow (especially if you have the bolt salvage upgrade), the tar + ignifier combination (especially useful for igniting tight groups) and shooting jars with your sling once the enemies get close to them. 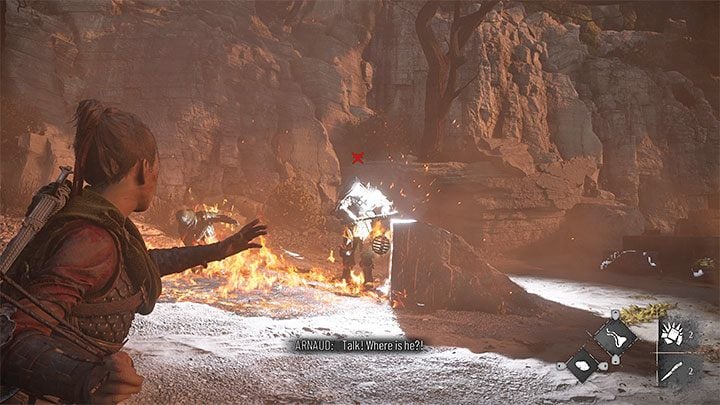 Shield wielders and fully armored foes are especially problematic. Defend yourself against them by shooting bags or using ignifiers and tar to blind / restrain them. This will allow you to expose them to further attacks (remember to aim for their weak spots at the front or back of their armors. 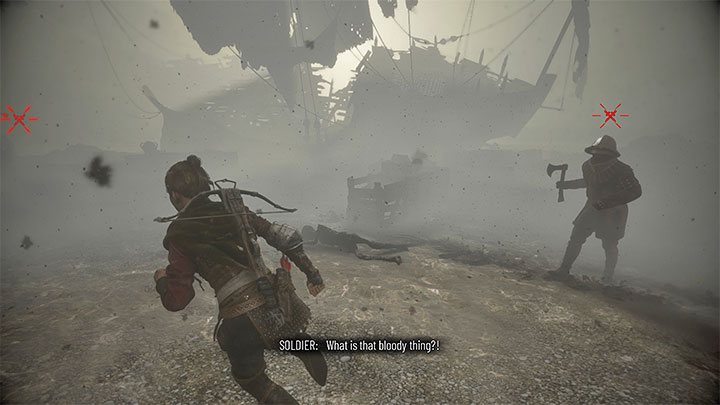 During the second stage of the battle you'll lose a lot of visibility, though it doesn't mean you're completely blind. You'll keep seeing enemy icons, which can tell you what kind of enemy you're facing (like an archer). Still, look around frequently and try not to get taken by surprise. 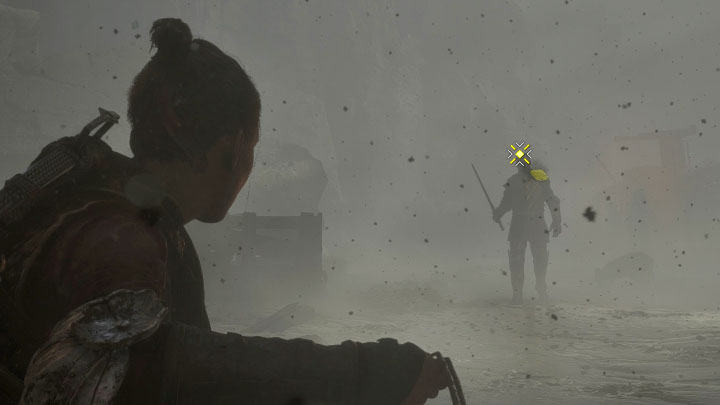 Defeating all enemies triggers a cutscene featuring Arnaud and the Count. This ends the battle.

You must now kill the Count - aim at him with your sling and shoot him in the head. That's all it takes. 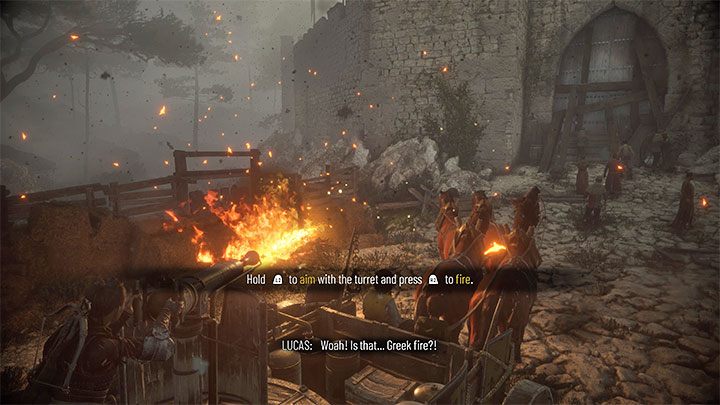 The final part of the mission starts aboard a wagon heading for Marseille. Early on during the ride you can try out your new greek fire flamethrower. Use it to progress further. 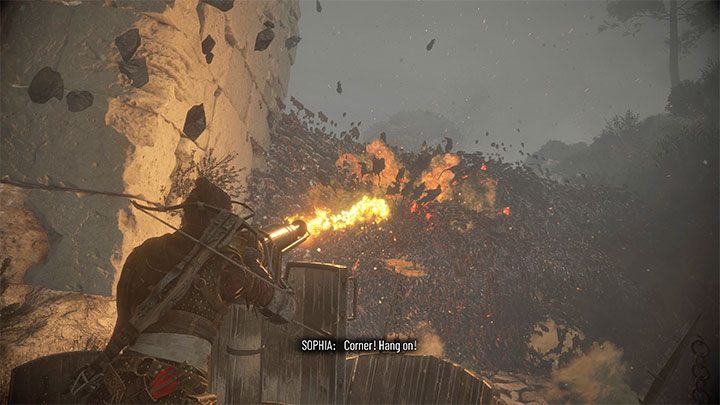 Once you reach the city, the walls will be destroyed, bringing in swarms of rats.

Use the flamethrower to defend yourself against the horde. You have unlimited fuel, so don't stop firing. Aim for the rats closest to you and prevent them from stopping the wagon. You'll eventually trigger another cutscene and advance to Chapter 16.